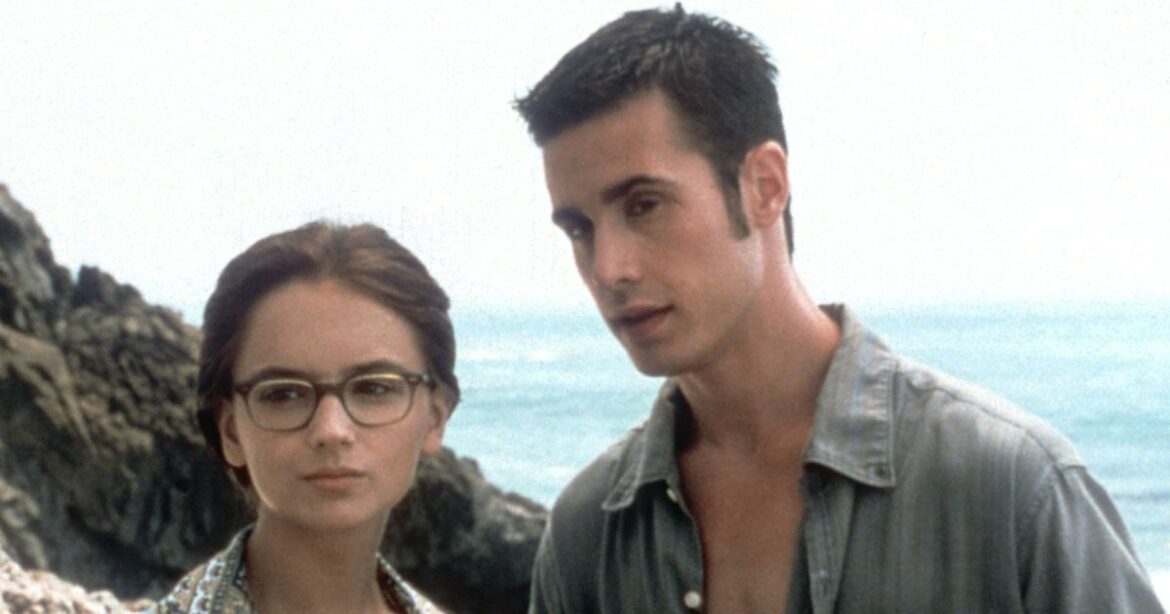 Rachael Leigh Cook and Freddie Prinze Jr. in ‘She’s All That.’ Miramax/Kobal/Shutterstock

Just like it was yesterday! Twenty-two years after Rachael Leigh Cook starred in the 1999 rom-com She’s All That, she opened up about filming the now-iconic flick with costar Freddie Prinze Jr. ahead of her cameo in Netflix’s gender-swapped reboot, He’s All That.

The Cross Country Christmas actress, 41, spoke with E! News on Friday, August 27, about her experiences filming both pictures — including the amusing story of how she met the I Know What You Did Last Summer actor, 45, for the first time.

“Yes, I totally remember that very well,” Cook told the outlet. “The first time I met Freddie was in Sundance. We were both in House of Yes, and I was in a house that he and Parker [Posey] and Josh [Hamilton] and everybody were in just saying hello to everybody. I was standing in the living room and I felt these giant arms just throw themselves around me and hug me and rest a chin on top of my head. And it was Freddie.”

She noted that the Scooby-Doo actor wrapped his arms around her before he said, “Hey babe.”

“I looked up and he screamed a little because he thought I was [his then-girlfriend] Kimberly [McCullough],” the Frozen in Love star recalled. “He didn’t know that it was me because why would you? We had the exact same frame and hair color. So it was a pretty hilarious, romantic-comedy first meeting that obviously never became a real romance, but it was pretty funny.”

The Love, Guaranteed actress added during the interview that Prinze is “such a wonderful human.”

“I just love that guy,” Cook said. “But I probably didn’t talk to him again until a couple of years after Paul [Walker] died and realized you really have to reach out and take some initiative. So we got coffee and I remember saying to him, ‘I know we never really hung out very much after the shoot, but you have no idea what a big part of my life this ended up being.’ And he said something very Freddie-like, ‘Me too, dude. It’s crazy.’ But I’m so lucky that it’s someone as charming and as lovely as Freddie to share that with.”

The Minnesota native previously looked back on her time working with the Punky Brewster alum during a January 2018 interview with Us Weekly.

“I think he really struggled with knowing that he was playing a character who he knew to be good at heart but is still the same person who did something like [agree to the bet],” she told Us at the time. “And I think that made it really difficult for him and made it really beautiful to watch. Working with Freddie is just a dream. He’s just one of the most kind-hearted people you could ever want to meet. He’s such a giving actor.”