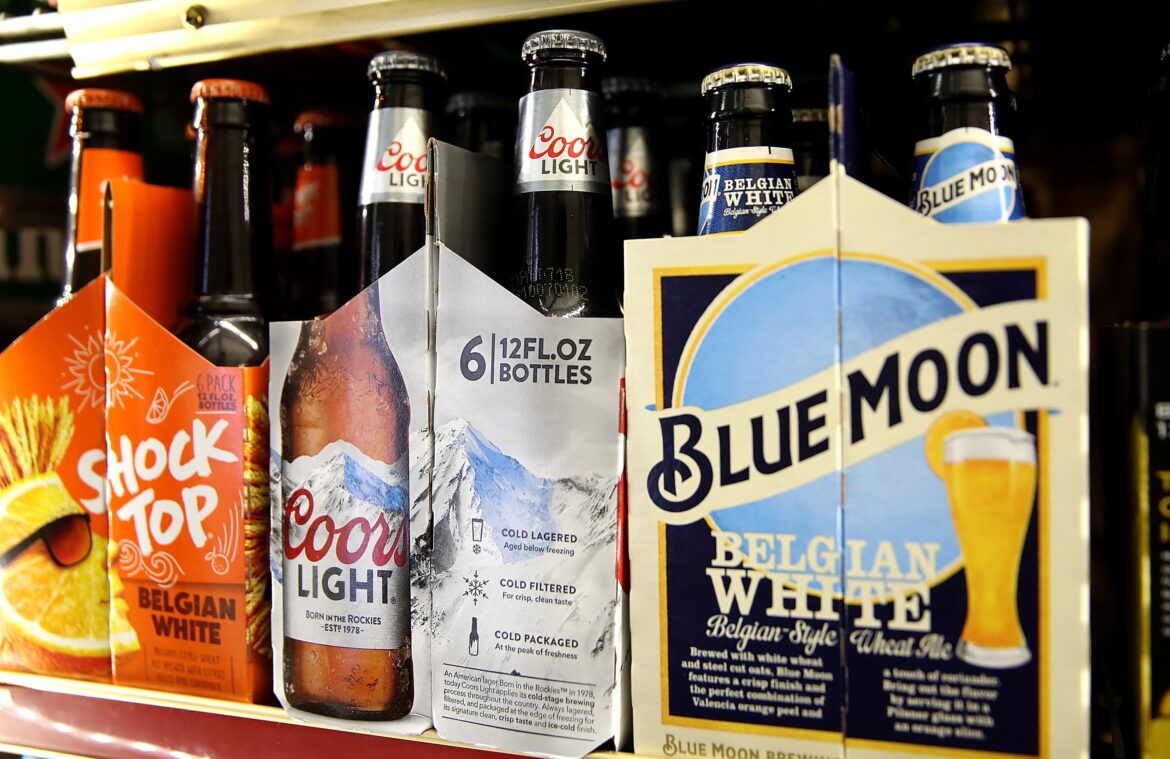 “On a volume basis, we were narrowly down,” Hattersley said in an interview. The metric, volume, strips out the impact of currency and price changes. “We came really close to actually growing those brands in 2021, mostly [hurt] — in my view — because of the surge of omicron in the last six weeks of the year.”

After the company reported its fourth-quarter results, shares of Molson Coors rose as much as 4% in premarket trading. However, it has since lost most of those gains, as the broader market reacts to tensions between Russia and Ukraine. The stock was recently trading up less than 1%.

For the first time in more than a decade, the Miller Lite owner reported annual revenue growth rather than shrinking sales. Molson Coors’ net sales rose 6.5% to $10.28 billion in 2021. It follows a rough 2020, when the company’s net sales shrank 8.7% as pandemic restrictions weighed on demand.

Hattersley credited the company’s turnaround plan, which involves expanding its portfolio beyond beer, focusing on higher quality drinks and discontinuing brands that weren’t selling. More than a year ago, the company even swapped “Brewing” for “Beverage” in its name as part of its shift in strategy.

For the fourth quarter, Molson Coors’ net sales grew 14.2% to $2.62 billion, beating Refinitiv estimates of $2.55 billion. But its quarterly profits were under pressure as freight and commodity costs ticked higher. Molson Coors reported adjusted earnings per share of 81 cents, falling short of Wall Street’s estimates of 86 cents per share.

“We’re not immune from them, just like anyone else,” Hattersley said, adding that the company does hedge against higher input costs.

He’s expecting the inflation will keep rising in 2022. To combat higher costs, Molson Coors raised prices in January and February, earlier than its usual springtime price hikes. Hattersley said the price increases were also a little higher than normal levels.

Hattersley said the omicron variant hit demand for drinking at bars and restaurants in the United Kingdom, Canada and U.S. through January. The month also saw weaker demand due to Dry January, a challenge that involves abstaining from alcohol for the whole month..

The company also said it’s ahead of its goal to hit $1 billion in sales by 2023 for its emerging growth business, which includes its non-alcoholic drinks, craft beers and Latin America. Its non-alcoholic portfolio includes Zoa, an energy drink created by actor and former wrestler Dwayne Johnson; La Colombe ready-to-drink coffee; and CBD-infused drinks sold in Canada.