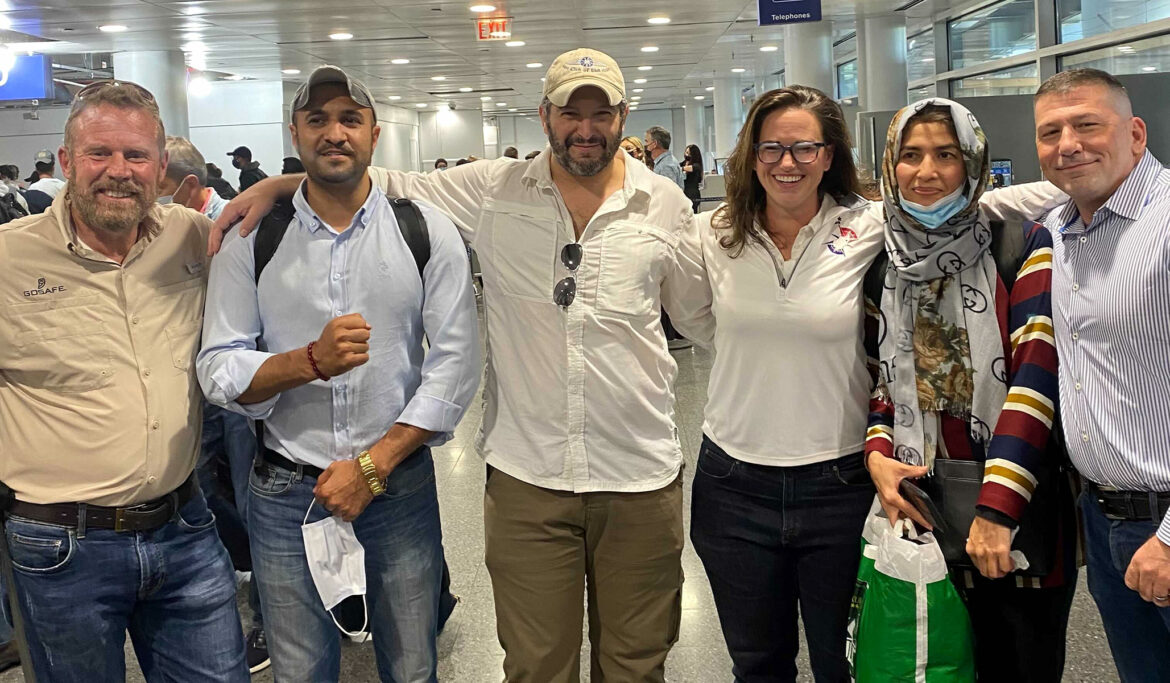 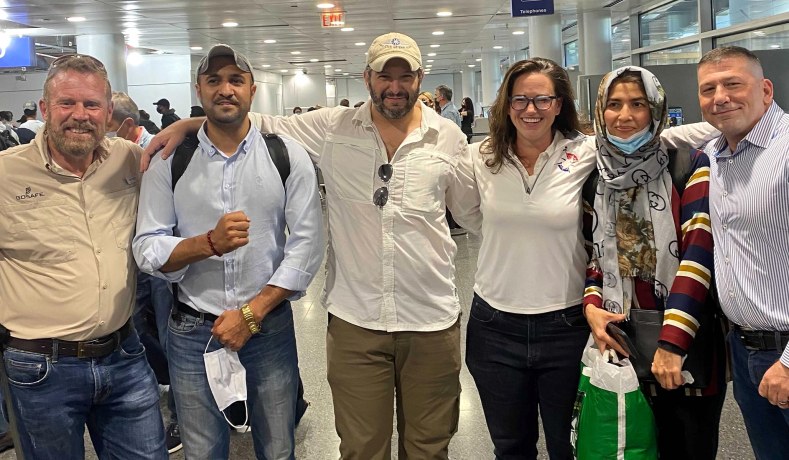 The group of more than 100 U.S. citizens and lawful permanent residents who escaped from Taliban-controlled Afghanistan this week with the help of a private rescue group arrived in Chicago on Thursday afternoon after a temporary holdup in the Abu Dhabi airport.

The plane carrying 116 Afghanistan evacuees – mostly U.S. passport and green-card holders, along with some Afghans with special immigrant visas – landed in Chicago around 2 p.m. The rescue mission was led by Project Dynamo, one of the dozens of civilian groups that has organized over the last two months to help rescue people from Afghanistan before and after the U.S. military’s withdrawal from the country.

Stan Bunner, a military veteran and a member of Project Dynamo, said some of the people they rescued live in the upper Midwest, and they’ll head home tonight. The others will stay overnight in a Chicago hotel and begin their journeys home on Friday. Bunner said Project Dynamo, which is donor-funded, is paying their hotel and travel expenses.

The group flew out of Kabul, Afghanistan on Tuesday after getting clearance from the Taliban. Project Dynamo leaders believe theirs was the first private rescue flight to leave Kabul since the American military left the country on August 31.

They flew to Abu Dhabi, the capital of the United Arab Emirates, expecting to hop on another chartered airplane, and then fly to New York. But when they got to Abu Dhabi, they learned that their charter plane no longer had permission to land in the U.S. The group spent Tuesday night and Wednesday in custody at the Abu Dhabi airport surrounded by armed security guards, and unable to leave, Project Dynamo leaders said.

In emails to National Review on Wednesday, the State Department and the Department of Homeland Security said they were verifying the flight manifest and ensuring that all passengers were properly screened and vetted before flying to the U.S. Bunner said the commercial flight that the group flew in on Thursday was paid for and provided by the U.S. government.

“It was a pretty significant change of heart,” he said. “You can’t ask for more than that.”

Bunner said this will not be the last Project Dynamo rescue mission.

“I firmly believe that we’re united in Dynamo that we’ve now proven the concept, and we’re going to replicate it,” he said. “As long as there are people that need to come out, we’ll figure out a way to do it.”

Ryan Mills is a media reporter at National Review. He previously worked for 14 years as a breaking news reporter, investigative reporter, and editor at newspapers in Florida. Originally from Minnesota, Ryan lives in the Fort Myers area with his wife and two sons.