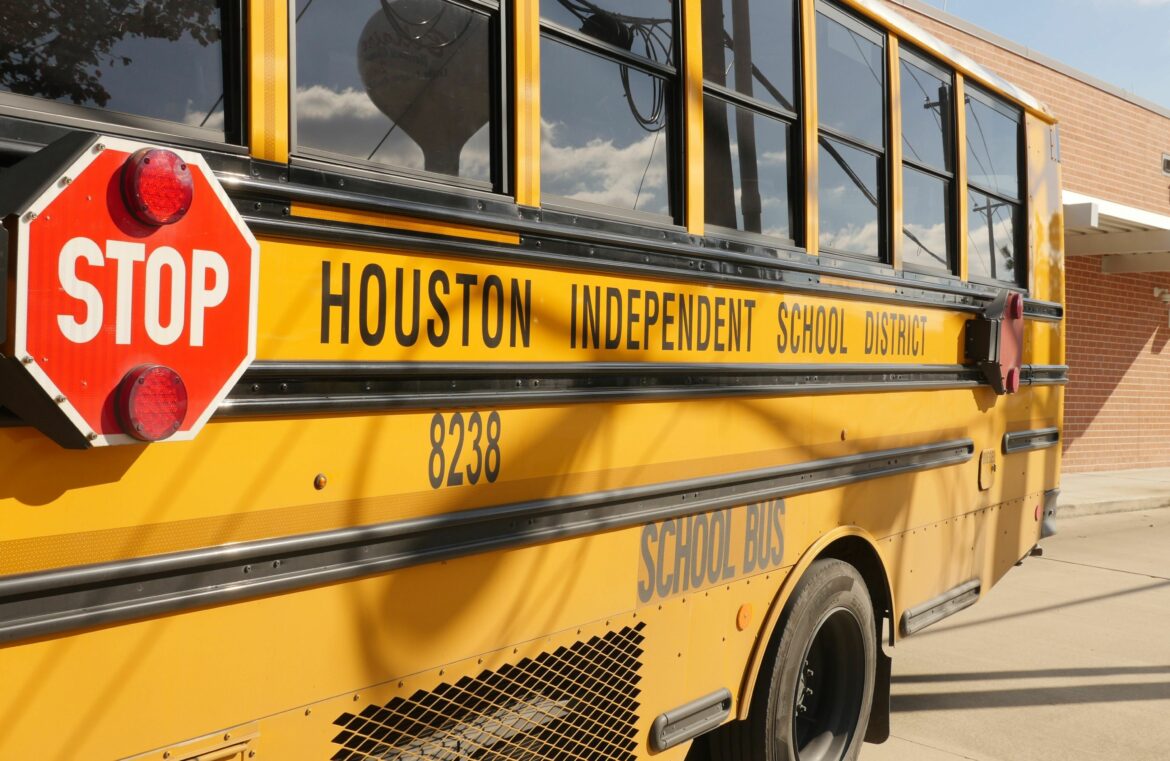 Like many contests that preceded it around the country, an upcoming school board race in Houston, Texas, will test how voters feel about “critical race theory” and mask mandates, along with another polarizing issue — local versus state control of schools.

A runoff election Saturday will determine control of the Houston Independent School District, the nation’s seventh-largest public school agency, which has fought a state takeover that would impact 200,000 students across more than 280 schools.

Incumbents on Houston’s all-Democrat board of trustees are beating back a challenge from a GOP slate that came within striking distance of winning seats in November — although none of its candidates received more than 50% of the vote, thus triggering the second election for four contested seats.

The race isn’t unlike other nationalized school board elections, except that in Houston, the Texas Education Association’s takeover is a major flashpoint.

Both parties acknowledge the takeover is unpopular in the district. But Democrats believe that despite the pro-parental rights posture on the right, Republicans would be just fine with a state takeover if incumbent Democrats prevail in the trustee races.

In 2019, Gov. Greg Abbott — a Republican who was sued, and lost, over his executive order banning masks in Texas schools — advocated replacing the trustees overseeing the state’s largest district, which has faced an ethics breach and years of poor performance at one troubled high school.

“What a joke. HISD leadership is a disaster. Their self-centered ineptitude has failed the children they are supposed to educate. If ever there was a school board that needs to be taken over and reformed it’s HISD. Their students & parents deserve change,” Abbott tweeted then.

While a temporary injunction stopped TEA’s takeover as a challenge makes it way through Texas Supreme Court, there are questions about whether Abbott might try to walk back the state’s takeover attempt should the GOP win seats on the board. His office didn’t immediately respond to HuffPost’s request for comment.

Republican trustee candidate Janette Garza Lindner speculated to The News-Leader that electing new members might prompt the state to “back off” of its conservatorship.

The GOP slate contends that while it would prefer local control, what they’re most hoping for is a clean slate after several turbulent years.

In 2018, five Houston trustees met in private in an unsuccessful attempt to install a new superintendent, which TEA later ruled was in violation of open meeting laws. Two of the trustees involved were up for reelection and replaced the next year, but three others are on the ballot.

“I’m not in favor of school takeover,” said Republican Caroline Walter, a 39-year-old stay-at-home mother who’s competing in the runoff. “However, do we want a board of trustees who have broken the law and feel that they are above the law? Because that’s not good for our district, either.”

“I am a believer in having a local school board run by local community members,” she continued. “But I also don’t think they should be able to get away with what they’re getting away with. So it’s kind of a no-win situation right now.”

HuffPost attempted to contact all eight candidates in the runoff and heard back from four open to interviews — three Republicans and one Democrat.

“It depends,” Garza Lindner, a management consultant, told HuffPost in an email when asked about whether she supports school takeover. Garza Lindner said Democrats are unfairly trying to paint the GOP slate as pro-takeover.

“My opponent has made this a key issue by claiming I want the state to takeover. Why would I, a newcomer to politics, go through a grueling monthslong campaign for public office, just to welcome the loss of local control?” she said.

The ethics episode and failing metrics at several schools — including Phillis Wheatley High School, which serves the city’s historically Black Fifth Ward — are what spurred the state’s intervention, even though the district as a whole is meeting state benchmarks. Texas legislators in 2015 passed a law allowing the state to intervene in local districts if even just one school is failing, which some Democrats viewed as a way for Republicans to exert control over Democratic cities.

“They wrote the rules to make sure Houston ISD schools would fail,” said Anne Sung, a 42-year-old Democratic incumbent who finished behind her newcomer opponent in the November election. “And that’s the basis for the takeover.”

Education advocates fear what would happen if the state is allowed to implement its conservatorship, which involves TEA appointing a board of managers. They argue the more than 100 instances of state takeover across the country have been motivated by racism and political power more than a desire to improve public education. Kravetz, the activist, fears charter schools overrunning the district.

“I think this is using children as pawns, making money on the backs of kids,” said Kravetz, who’s volunteering with Sung’s campaign. “If the state takes over, they will almost immediately turn over public schools to charters. And the problem with that is if you don’t know how to work the system, your kids lose.”

Besides the looming takeover, the Houston board of trustees race features the same rhetoric that has characterized many other formerly sleepy board of education races. Republican Kendall Baker, a former city employee, said his opponent is a “far left-wing liberal” who is for Marxism and critical race theory — which has become a catchall for any teachings about racism and history that Republicans find offensive.

“People here want a change,” said Baker, 56. “Because of CRT and the mask mandate issue, that has opened up the window and shed light on the whole state of HISD.”

Asked whether the district could use an injection of bipartisan leadership, Udus Evabagharu, chair of the Harris County Democratic Party, said state funding and legislation impacting schools has been under GOP control for two decades and said the outcome hasn’t demonstrated that Republicans can lead on education.

“If you’re looking at the state of Texas, that’s the Republicans’ fault,” he said. “The Republicans have controlled the governor’s mansion, the lieutenant governor’s seat and the state legislature. They’re the ones who have been in charge of education. You can’t say that schools are failing when you refuse to adequately fund them.”