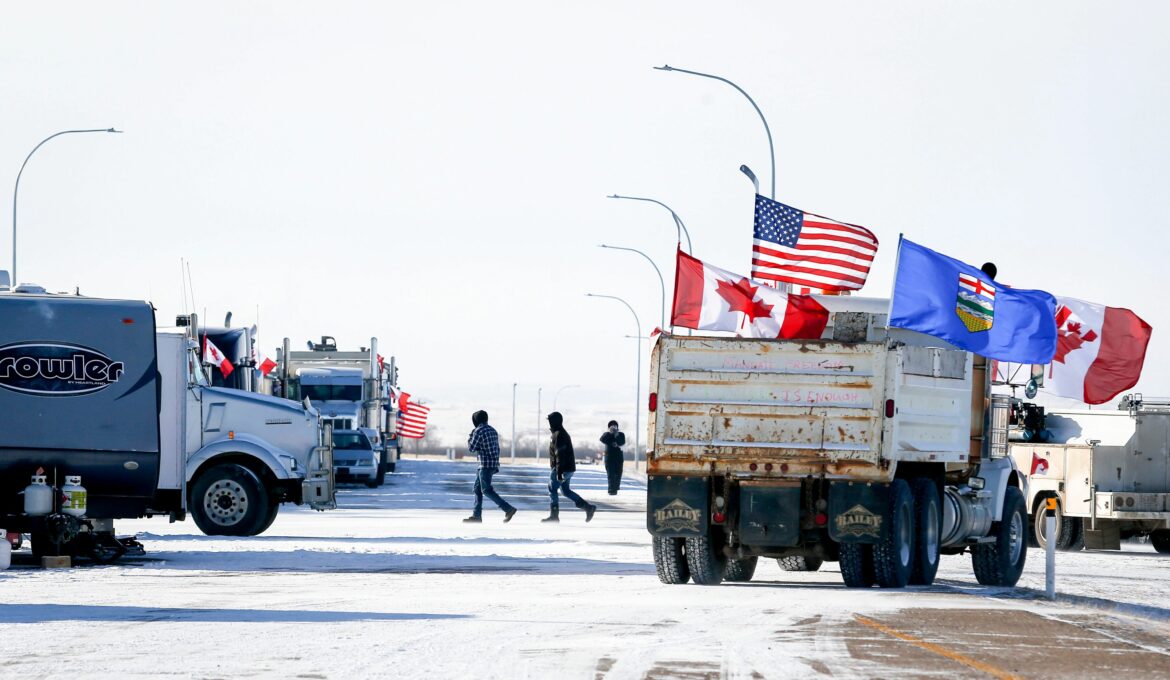 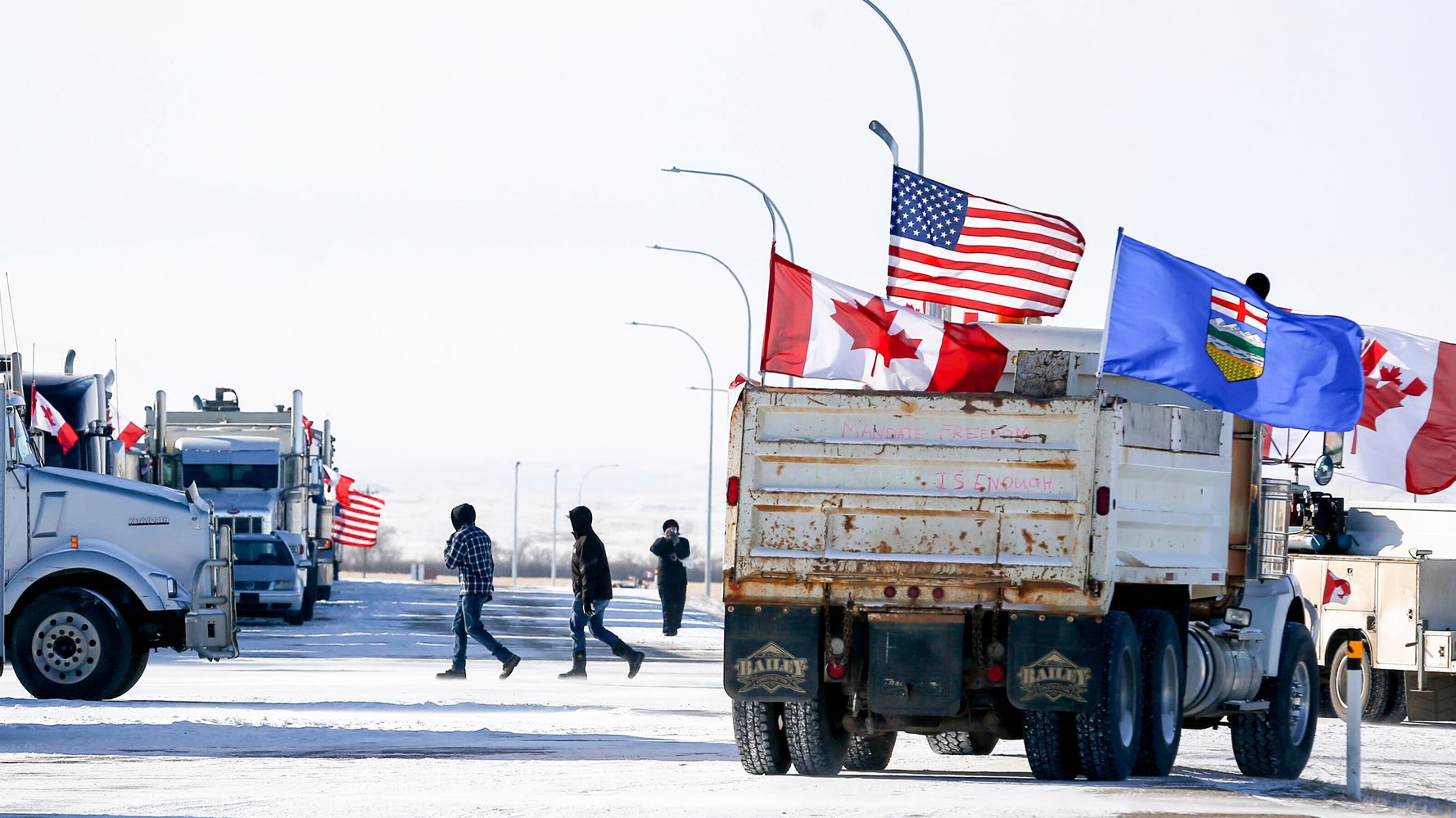 The Royal Canadian Mounted Police arrested 11 people involved in a truckers blockade near the U.S.-Canada border on Monday and found a major cache of weapons and body armor in three vehicles, officials announced.

Law enforcement seized 13 rifles, handguns, a “large quantity of ammunition” and high-capacity firearm magazines, multiple sets of body armor and a machete in Coutts, Alberta, close to the busy U.S.-Canada border crossing, according to an RCMP statement.

They conducted the search after learning of an “organized group” among the truckers with access to the weapons and a “willingness to use force against the police,” the statement added.

Alberta Premier Jason Kenney called increasing incidents of violence among the truckers “disturbing.” A “small cell people wanted to take this in a very dangerous and dark direction,” he added. (Watch his remarks in the video above.)

In an “example of the militant mindset” of the group, the RCMP said, “a large farm tractor and a semi-truck, both involved in the blockade, attempted to ram a police vehicle” on Sunday night. The officer was reportedly able to avoid the collision.

The RCMP is now investigating that incident and others as a possible conspiracy to attempt to commit murder, RCMP Superintendent Roberta McKale told reporters on Monday.

The weapons cache is the latest disturbing development in a protest against COVID-19 precautions that began late last month in Ottawa, where a “Freedom Convoy” of semi-trucks paralyzed the downtown area. Truckers were accused of harassing and even assaulting residents, including by ripping masks off pedestrians’ faces.

The protest has since spread to other cities and evolved into blockades of bridges and border-crossings nationwide.

Trucks and pedestrians were finally cleared from the Ambassador Bridge between Windsor, Ontario, and Detroit over the weekend. Trucks had choked off the movement of supplies to U.S. car companies.

Aides said Monday that Prime Minister Justin Trudeau has decided to invoke emergency powers across all of Canada to quell the protests.

The trucker blockade is being heavily funded by right-wing forces in the U.S. and abroad and has received vocal support from hard-right politicians and others in America, from former President Donald Trump to Florida Gov. Ron DeSantis (R), Sen. Ted Cruz (R-Texas) and Fox News host Tucker Carlson.

Last week, a Canadian judge blocked an online fundraiser for the truckers by a right-wing American Christian site.

Michael Kempa, associate criminology professor at the University of Ottawa, has characterized the fight over vaccine mandates as a cover for a deeply authoritarian movement aimed at upending the rule of law and weakening the Canadian government.