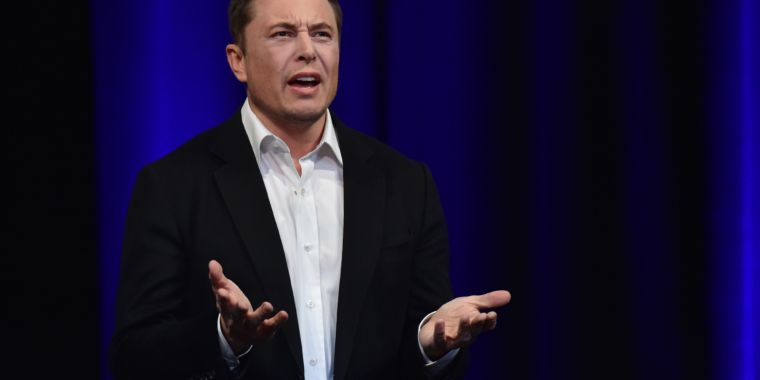 If you haven’t been impressed with what you’ve seen of Tesla’s latest Full Self-Driving beta, version 9.2, you’re not alone. CEO Elon Musk agrees.

“FSD Beta 9.2 is actually not great imo,” he said in a tweet last night, “but Autopilot/AI team is rallying to improve as fast as possible.”

FSD Beta 9.2 is actually not great imo, but Autopilot/AI team is rallying to improve as fast as possible.

We’re trying to have a single stack for both highway & city streets, but it requires massive NN retraining.

While Tesla’s Full Self-Driving feature can perform impressively at times, videos from beta testers show it falling short at critical moments. In one video, a car approaching a small construction site suddenly steers toward a hole marked by orange cones. Earlier betas have seen Teslas successfully making turns in city streets before surging toward parked cars or scratching themselves by plowing through overgrown bushes extending into the right of way.

The development of Tesla’s Full Self-Driving feature has had a long and rocky history. In June 2016, Musk said that he thought fully autonomous vehicles were just a couple of years off. “I really would consider autonomous driving to be basically a solved problem,” he said. “I think we’re basically less than two years away from complete autonomy.”

Months later, Tesla began delivering cars with new Autopilot hardware, which the company said at the time would be capable of full self-driving. (That statement ended up not being entirely true—some owners have to pay for a new computer to access Full Self-Driving.) In 2016, Tesla also began selling customers future access to the feature for $5,000, a price that the company would increase in increments to $10,000.

Yet after years of development and missed predictions, Full Self-Driving still isn’t ready for primetime. Earlier this year, Tesla changed its approach from writing software that relied on a combination of radar and cameras and removed radar from its Model 3 and Y cars. That alteration shifted the automaker’s approach even further away from its peers, who have been using radar, cameras, and lidar in their bids to move beyond Level 2 autonomous driving.

The removal of radar, along with the addition of autonomous driving on city streets, has forced Tesla engineers to redo much of the software, further delaying its wide release.

“We’re trying to have a single stack for both highway & city streets, but it requires massive NN retraining,” Musk said in the tweet.

It’s unclear if Musk thinks Tesla will still be able to hit his year-end goal of achieving Level 5 autonomy—designating a car that can drive itself at all times without human input. Musk’s goal spurred questions from California’s DMV, who asked CJ Moore, Tesla’s director of Autopilot software, whether that timeline was feasible.

“DMV asked CJ to address, from an engineering perspective, Elon’s messaging about L5 capability by the end of the year,” reads a DMV memo that summarized a meeting with Moore. “Elon’s tweet does not match engineering reality per CJ.”

“Tesla is at Level 2 currently. The ratio of driver interaction would need to be in the magnitude of 1 or 2 million miles per driver interaction to move into higher levels of automation,” the memo said. “Tesla indicated that Elon is extrapolating on the rates of improvement when speaking about L5 capabilities. Tesla couldn’t say if the rate of improvement would make it to L5 by end of calendar year.”

Though Musk appears upbeat about the Full Self-Driving 9.3 beta—it’s “much improved,” he says—it may be a dead end in terms of development. Earlier this month, Musk tweeted that version 10 is likely to include significant architecture changes.