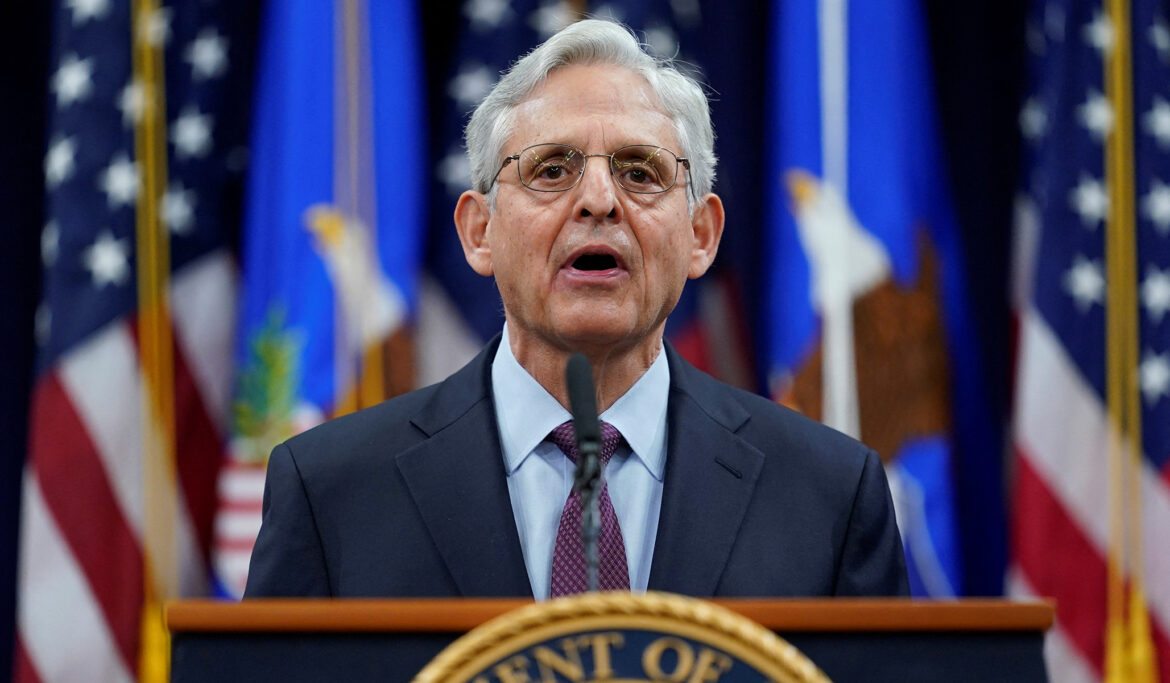 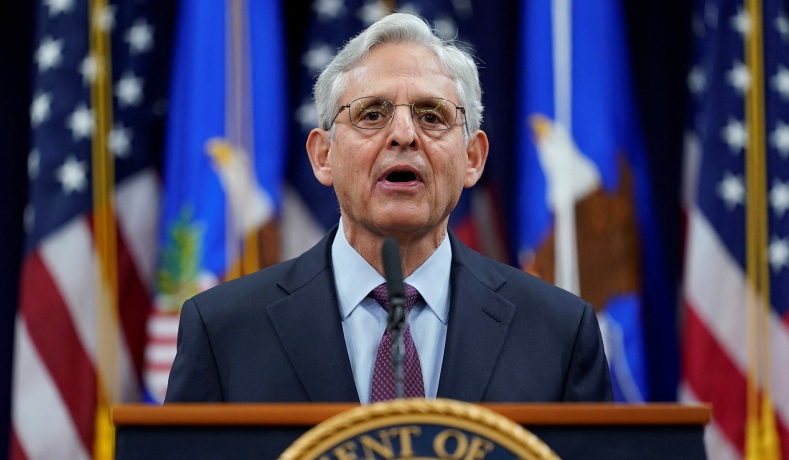 U.S. Attorney General Merrick Garland speaks at the Department of Justice, in advance of the one year anniversary of the attack on the U.S. Capitol, in Washington, D.C., January 5, 2022.
(Carolyn Kaster/Pool via Reuters)

Chip Slaven, formerly the interim executive director and chief executive officer of the National School Association, was allegedly aware of Attorney General Merrick Garland’s memorandum calling for federal intervention into parental “threats” against local school board members prior to its publication.

In an email exchange between NSBA board members Pam Doyle and Beverly Slough on October 5, 2021, Doyle writes that Slaven “knew about the U.S. AG directives before they were published. … So much for communicating with the BOD,” according to nonprofit Parents Defending Education.

Garland had testified before Congress that he issued the memo in direct response to a letter from the NSBA requesting the Biden administration probe and potentially prosecute parents for engaging in protest activity, which it characterized as potential “domestic terrorism.”

The memo directed the Federal Bureau of Investigation to use its resources to investigate parents deemed to be engaging in “threatening” behavior against school administrators. The documents produced by Parents Defending Education indicate that the coordination between the national school board group and the Biden administration to target parents was greater than previously determined.

In November, a whistleblower revealed the FBI created a “threat tag” to apply to situations of alleged threats against education officials.

“The purpose of the threat tag is to help scope this threat on a national level, and provide an opportunity for comprehensive analysis of the threat picture for effective engagement with law enforcement partners at all levels,” an October 20 internal email from the FBI’s criminal and counterterrorism divisions, obtained by House Republicans, read.

Last month, it was discovered that Education Secretary Miguel Cardona solicited the NSBA letter that prompted Garland’s memo, according to emails obtained by PDE. The Department of Education denied the allegation.

In an email from October 5, NSBA secretary-treasurer Kristi Swett said that Slaven “told the officers he was writing a letter to provide information to the White House, from a request by Secretary Cardona.” The letter cited 24 heated incidents between parents and school board members in local school districts as justification for federal involvement, but further review showed that the vast majority did not qualify as threats of physical violence.

As their reason for cutting ties, most state groups mentioned long-standing grievances with the national organization including meddling into their local decision-making. Most said the NBSA failed to consult or inform them before sending the letter to the Biden administration.

Since Garland’s memo was released, the NSBA has apologized for and retracted the letter, acknowledging that some of its language was inflammatory.

As of December 8th, 28 state chapters have downgraded their relationship with the NSBA, including 19 that have cancelled their memberships with the headquarters altogether. The Department of Justice has not yet rescinded its memo. Garland has also refused to dissolve the special task force established to investigate “threats” against school board members in the wake of the letter.