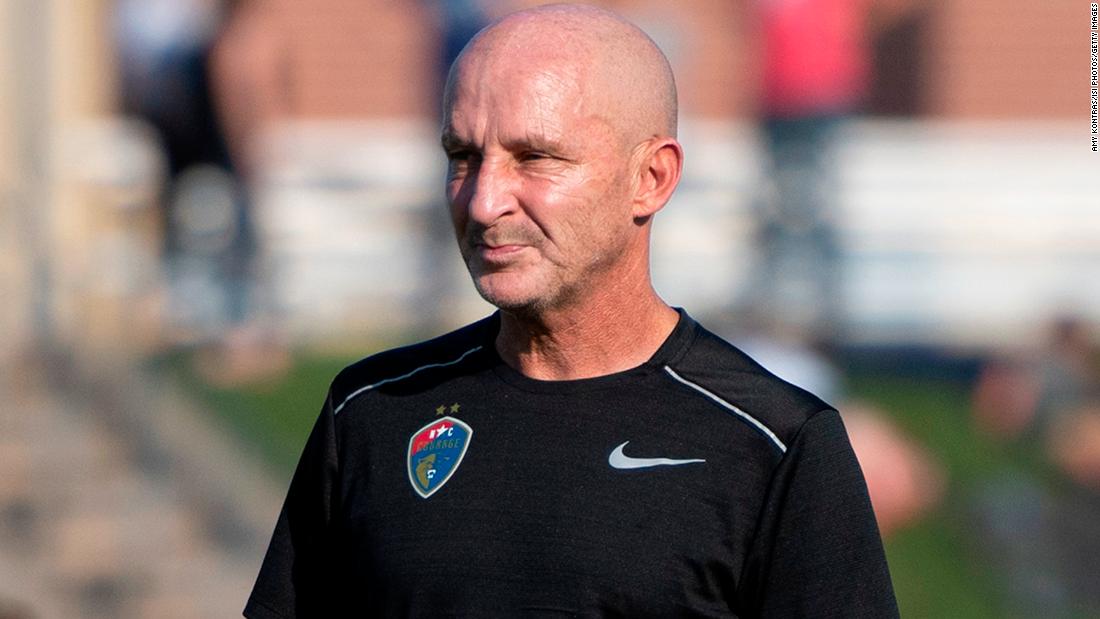 The termination followed a investigative report by The Athletic that published Thursday morning and cites players on the record alleging that for years Riley used his influence and power to sexually harass players and in one incident coerce a player into having sex with him.

Riley has denied the accusations.

In a statement posted on Twitter, the Courage say they fired Riley following the reports of “very serious allegations of misconduct.”

NWSL commissioner Lisa Baird also released a statement on Thursday following Riley’s termination, saying, “I was shocked and disgusted to read the new allegations reported in The Athletic this morning. The league, in concert with the North Carolina Courage, has reacted swiftly in response to these new allegations, and former head coach Paul Riley has been terminated.”

“Concurrently, we are reporting these new allegations to the US Center for SafeSport for investigation. A safe and secure work environment is a top priority for the league and its collective ownership,” Baird added.

The Athletic reported that it interviewed over a dozen players who played under Riley since 2010 and others who are involved with women’s soccer.

One former player who played for Riley on three different teams, Sinead Farrelly, described how a married Riley coerced her into his hotel room to have sex. Farrelly described being under Riley’s control, saying, “I felt claimed. That word honestly describes it perfectly for me, because I have this feeling that he went around and he looked at his prospects, and he zeroed in on me. He claimed me; that’s what his touch felt like. I just remember thinking: ‘Is anyone else seeing this?’ I felt under his control.”

Another reported incident describes Riley coercing Farrelly and teammate Mana Shim back to his apartment and pressuring the two to kiss each other. Shim described a time when Riley invited her to a game film session in his hotel room and greeted her wearing only underwear. Other former players, who wished to remain unnamed, said the former coach made inappropriate remarks about weight and sexual orientations.

The Athletic asked Riley to comment on his alleged misconduct, to which he replied the former players’ claims were “completely untrue.” According to The Athletic, Riley told them in an email, “I have never had sex with, or made sexual advances towards these players.”

In his denials to The Athletic, Riley said, “there’s a chance I’ve said something along the way that offended someone,” but did not “belittle” players. Riley also denied reviewing game film in his hotel room.

CNN has not been able to reach Riley independently for comment.

The US Soccer Federation suspended Riley’s coaching license on Thursday and stated in part that, “The abusive behavior described by the courageous athletes who have come forward is repulsive, unacceptable and has zero place in soccer or society.”

Multiple professional soccer players were outraged by the accusations, including US Women’s National Team and OL Reign player Megan Rapinoe, who said on Twitter on Thursday, “Mana & Sinead you are so strong & we are with you :heart: To everyone in a position of power who let this happen, heard it & dismissed it, signed off on this monster moving to another team w/zero repercussions, F**k YOU, you’re all monsters, & can ALL hand your resignations in immediately.” “Men, protecting men, who are abusing women. I’ll say it again, men, protecting men, who are ABUSING WOMEN. Burn it all down. Let all their heads roll,” Rapinoe added in a separate post.