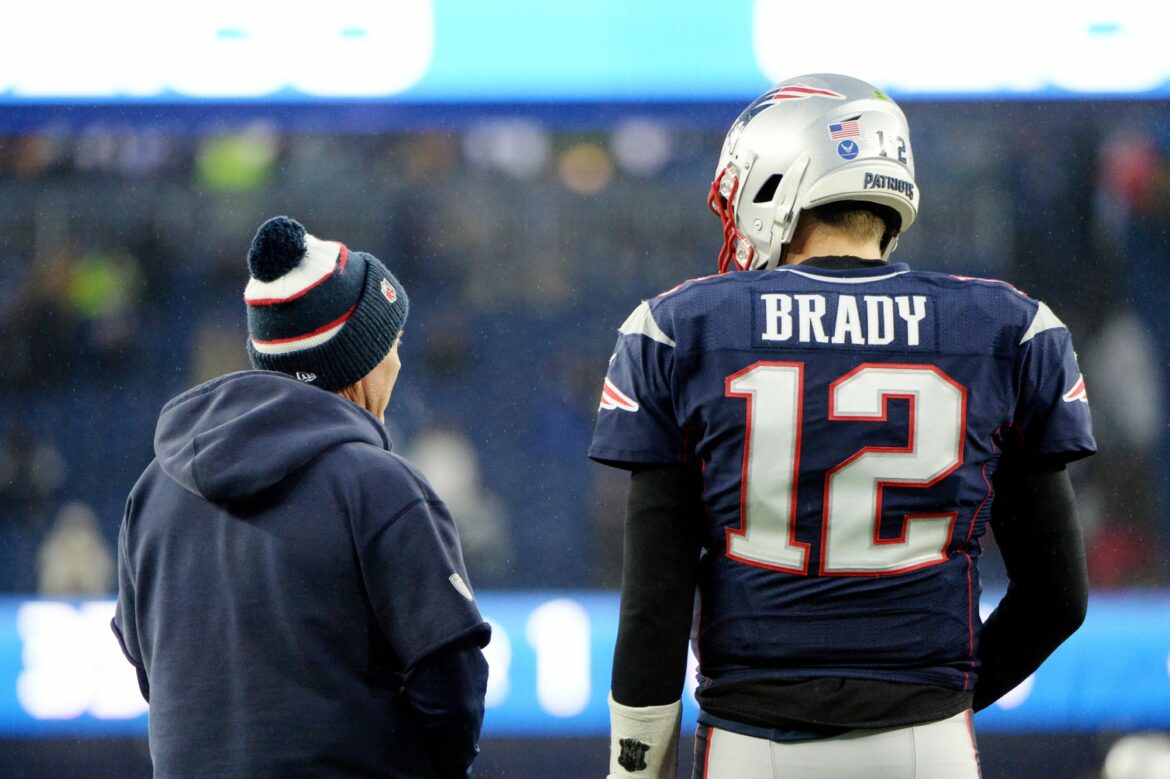 While there is no shortage of books available on the New England Patriots dynasty, Seth Wickersham’s new work may be the best yet.

For the second year in a row, a new book on the New England Patriots dynasty has arrived, hoping to be the definitive work on the most successful team in modern NFL history. Following 2020’s The Dynasty by Jeff Benedict is Seth Wickersham’s It’s Better to Be Feared, a nearly 500-page work by a writer who has been covering the Patriots for nearly two decades. With so many books already written on this dynasty, and the two men at its center (Tom Brady and Bill Belichick), convincing fans to read yet another tome on this team may be a difficult sell. However, Wickersham’s is so good that even casual NFL fans will want to check out this new book.

With so many ways to tell the story of the Patriots dynasty, Wickersham opts for paring down the story to the psychodrama between, and within, Brady and Belichick. The focus is not only on what the two achieved together, but what has driven them as well. Brady, doubted throughout his entire career until finding success in New England, comes across as a man still plagued by those who underestimated him, perpetually eager to prove them wrong. Even after two decades of unprecedented success, that drive has yet to evaporate and he appears as someone who cannot imagine a life outside of football.

Belichick meanwhile is presented as a man who has winnowed his life down to the pursuit of winning football games. He seems almost anhedonic, unable to find pleasure in anything apart from the pursuit of some winning edge while watching game tape for hours on end. There is also the feeling that he enjoys not only being able to outsmart opposing coaches tactically but being able to predict their habits so he can defeat them psychologically as well. Of the many books written on these two men, it seems that Wickersham delivers the deepest and most insightful portrait of either of them within these pages.

There was no New England Patriots Way, ‘there was only Bill Belichick and Tom Brady’

He also focuses on the uniqueness of these two men, coming to the conclusion that “There was no Patriot Way. There was only Bill Belchick and Tom Brady. Nothing about them was replicable… what stood out as much as their brilliance was their singularity.” Time and time again, teams hired Patriots assistants or tried to ape their management strategies in the hopes of capturing their success for themselves, failing every time. It was not that these other teams were necessarily doing anything wrong; they just weren’t Belichick and Brady.

One difference between this book and Jeff Benedict’s is that Benedict’s The Dynasty was more focused on the team as an organization. The first 150 pages covered Robert Kraft’s years-long struggle to buy the team and transform it into a winning organization in the years before Tom Brady joined the team. Meanwhile, Wickersham focuses almost exclusively on Brady and Belichick. Kraft does appear more in the book’s latter half though it is less his dealings with the Patriots that are focused upon than his work with the league, as it tries to avoid stoppages in play due to labor disputes. The book tacitly argues then that Kraft was not as essential to the team’s success as some others may claim, that this is indeed the story of Belichick and Brady and that anyone else — even the man bankrolling the whole operation — is ultimately disposable.

Altogether Wickersham’s book makes the argument that, if you’re looking to form and maintain the most successful and long-lasting dynasty in NFL history, it is indeed better to be feared, the portraits its paints of Belichick and Brady also argue that even if you reach your goal, it may not be all that fulfilling. The very desire and restless drive that compels one to pursue such greatness could also keep you from enjoying it once you achieve it.

How embedded Wickersham was in the world of New England football is evident by looking at the books’ sources. In the bibliography, many of the chapter notes say that “The information in this chapter comes primarily from events I witnessed firsthand.” While he did not interview Brady or Belichick specifically for this project, his time spent with them in the past is evident throughout the book. There is new information here about a number of pivotal moments in the dynasty’s history from the controversies of Spygate and Deflategate to how the team reacted to Bill Belichick’s writing a letter endorsing Donald Trump before the 2016 election. Altogether, the book is full of minor revelations that cast every other moment in a new light.

Wickersham’s book is perhaps the best book on the Patriots dynasty yet to emerge. It is engaging and artfully written, drawing the reader into the events he describes, making them feel as if they are witnessing these meetings and games themselves. Any book about the New England Patriots coming out has to justify itself in light of how many already exist; Wickersham’s does so time and time again, and is one of the best books on the NFL to appear in recent years.