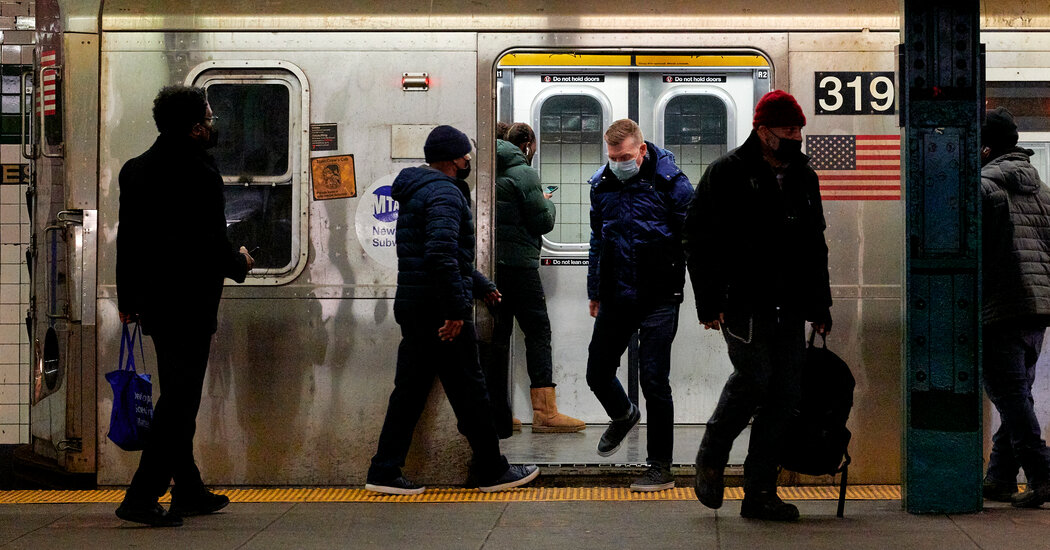 As public health officials and others debate the moves of several Democratic governors this week to relax pandemic restrictions, new coronavirus data released on Saturday for New York show just how far the state has come from its most recent peak in January, when daily new infections and hospitalizations were alarmingly high.

Gov. Kathy Hochul announced that 3,883 New Yorkers were hospitalized with the virus on Friday, the lowest since Dec. 19 when the Omicron variant was just taking hold across the state and country.

And that day’s statewide positivity rate — the share of positive cases among those tests reported — was at 2.5 percent, a far cry from the 23 percent positivity rate recorded just after New Year’s Day.

“New Yorkers should be proud of our continued progress in bringing down the numbers since the Omicron peak in January, but this is no time to let up,” Governor Hochul said in a statement with the new data. “The vaccine is our best defense, and it’s safe, effective and doctor-recommended for all New Yorkers ages 5 and up.”

The governor cited the declining numbers when she announced this week that she would lift the statewide mask-or-vaccine mandate for indoor public spaces. Localities and businesses will no longer have to require masks or ask for proof of vaccination, but they are still free to do so, she said.

New York City, once the epicenter of the pandemic, has had more stringent mask rules than many other parts of the country. Governor Hochul’s announcement lifted some, but not all, of those restrictions, taking the city back to the mask rules that were in place before the Omicron surge began in December.

That means masks are still required in the city while riding public transportation, including when taking car services and taxis. They will still be required inside schools, in child care or health care settings, and at group residential facilities such as nursing homes and homeless shelters.

But the governor’s announcement still signified a notable change. “Numbers are coming down, and it is time to adapt,” Ms. Hochul said on Wednesday.

Critics have questioned the timing of the change in New York and other states, noting that hundreds of thousands of Covid infections are still being reported across the United States each day.

But even the countrywide data reached an encouraging point this week: The seven-day daily average number of cases dropped below 200,000 on Friday for the first time since Christmas Eve.