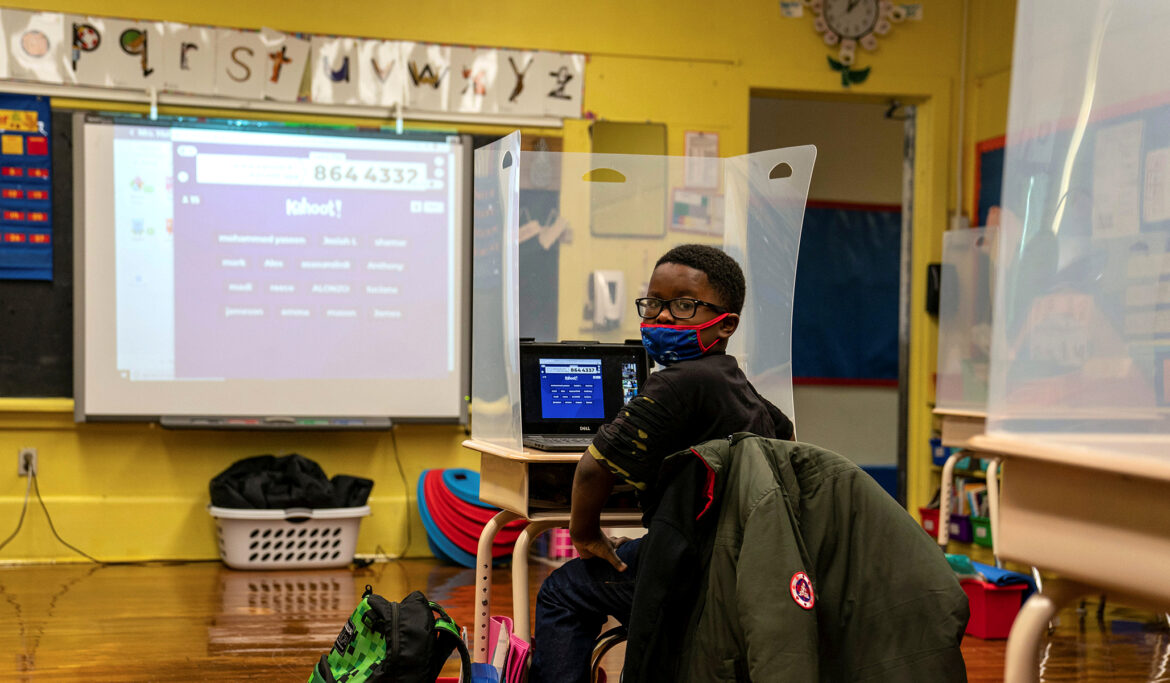 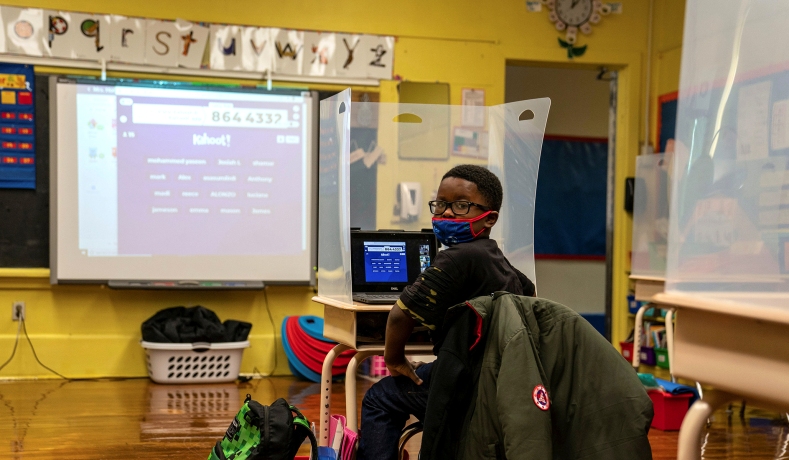 A student waits for First Lady Jill Biden to arrive at his classroom at the Samuel Smith Elementary School in Burlington, N.J., March 15, 2021. (Anna Moneymaker/Pool via Reuters)

Murphy, the vice chairman of the National Governors Association, said Sunday that he would officially announce the move the following day. Under the new policy, which takes effect in mid-March, individual districts will still be permitted to implement their own mask mandates.

The policy change comes as Covid hospitalizations and cases continue to plummet and as the FDA considers authorizing a vaccine for children younger than five-years-old.

The Omicron variant has proven less lethal and more transmissible than its predecessors. Vaccinated individuals spread the variant rather efficiently, though they do not suffer severe consequences at the same rate as the unvaccinated, and the cloth masks used by much of the population have proven ineffective in containing its spread.

Most children are unvaccinated in New Jersey, but scientific studies still continue to suggest that this age group is the least likely to develop severe illness as a result of contracting the virus.

Murphy said the timing of the relaxed restrictions was intentional, as March is when warmer weather starts to roll around, allowing schools to open windows for better air circulation, he told the New York Times.

“It isn’t July Fourth,” he said, “but it gets you into a marginally better weather period.”

While New Jersey was one of eleven states to impose K-12 mask mandates, Murphy has long acknowledged that masking would not become a permanent fixture of American life. Making them optional is a “huge step toward normalcy,” he told the Times. Students in New Jersey had been forced to wear masks since September 2020.

Murphy’s decision comes as masking wars heat up in politically divided states like Virginia, where the recently elected Republican Youngkin administration is battling rogue school districts that continue to defy the governor’s mask-mandate ban. Some parents and students have formed resistance movements in response, even in blue bulwarks like Washington state, where a group of high schoolers organized an anti-mask mandate protest with hundreds of students last week.