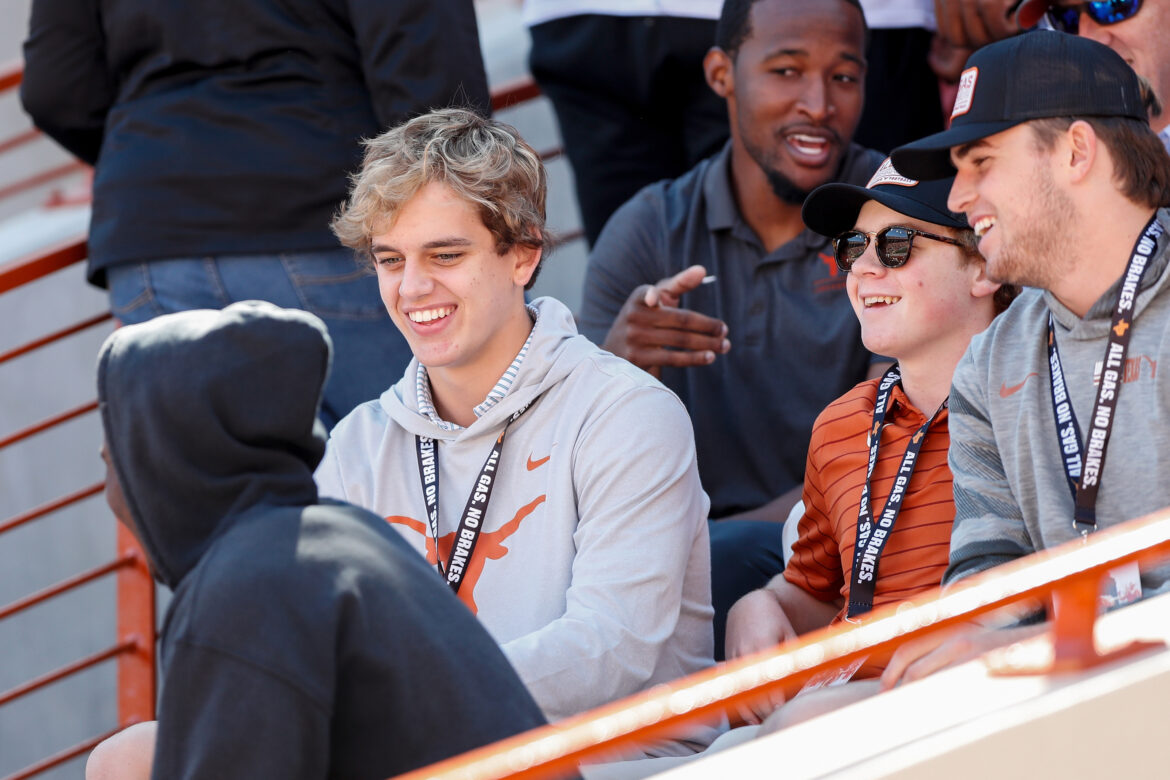 It has been a while since Texas football won anything, but they are the new leader when it comes to the Arch Manning sweepstakes.

The On3 Recruiting Prediction Machine has the five-star quarterback in the Class of 2023 projected to Texas. It has the Longhorns at a 39.6 percent chance to get him, followed by Alabama at 33. 1 percent, Georgia at 18.5 percent and Ole Mis at 4.3 percent.

Manning has long had an affinity for Texas, but this is far and away the worst of the four situations he could be going to. Joking aside, should his proud football family intervene to save him from himself?

It should be noted that 247Sports has not made a single prediction on where Manning will end up other than he is looking hard at the four schools listed above. Manning is an Ole Miss legacy by way of his grandfather, his father and one of his Super Bowl-winning uncles. He visited Georgia for a third time last weekend, is visiting Texas this weekend and will visit Alabama next weekend.

Manning has long had a strong connection to Texas head coach Steve Sarkisian from his days as the former Alabama offensive coordinator. Longhorns quarterbacks coach A.J. Milwee is serving as his primary recruiter to Austin with cornerbacks coach Terry Joseph backing him up. Though Texas is a huge brand, the Longhorns are in for a rude awakening once they join the SEC in a few years.

This is the one school that has not made any sense to land Manning. Ole Miss may be his family’s homestead, but the Rebels just won 10 games and played in the Sugar Bowl.

Manning’s primary recruiter to Ole Miss was Jeff Lebby, who now takes over the Oklahoma Sooners offense. Georgia losing offensive line coach Matt Luke to retirement hurts, but Uncle Peyton competed against Kirby Smart in the SEC East back in the day. Plus, they were very briefly teammates on the late ’90s Indianapolis Colts. And of course, Nick Saban is still in Tuscaloosa.

Meanwhile, Texas went 4-8 in Sarkisian’s first season at the helm. The Longhorns were a dysfunctional mess, marred by a terrible defense and Halloween monkey business. Plus, Texas already has Quinn Ewers in the program.

Unless Ewers is the next Tate Martell, Manning will not be getting playing time right away in Austin. This is why Ole Miss is so interesting, regardless of how the Mannings feel about the head coach, Lane Kiffin.

If Manning wants to start as a freshman or a redshirt freshman, Ole Miss is the best spot for that.

Should Manning want to be the one to bring Texas back, then, by all means, Hook ‘Em Horns, baby!