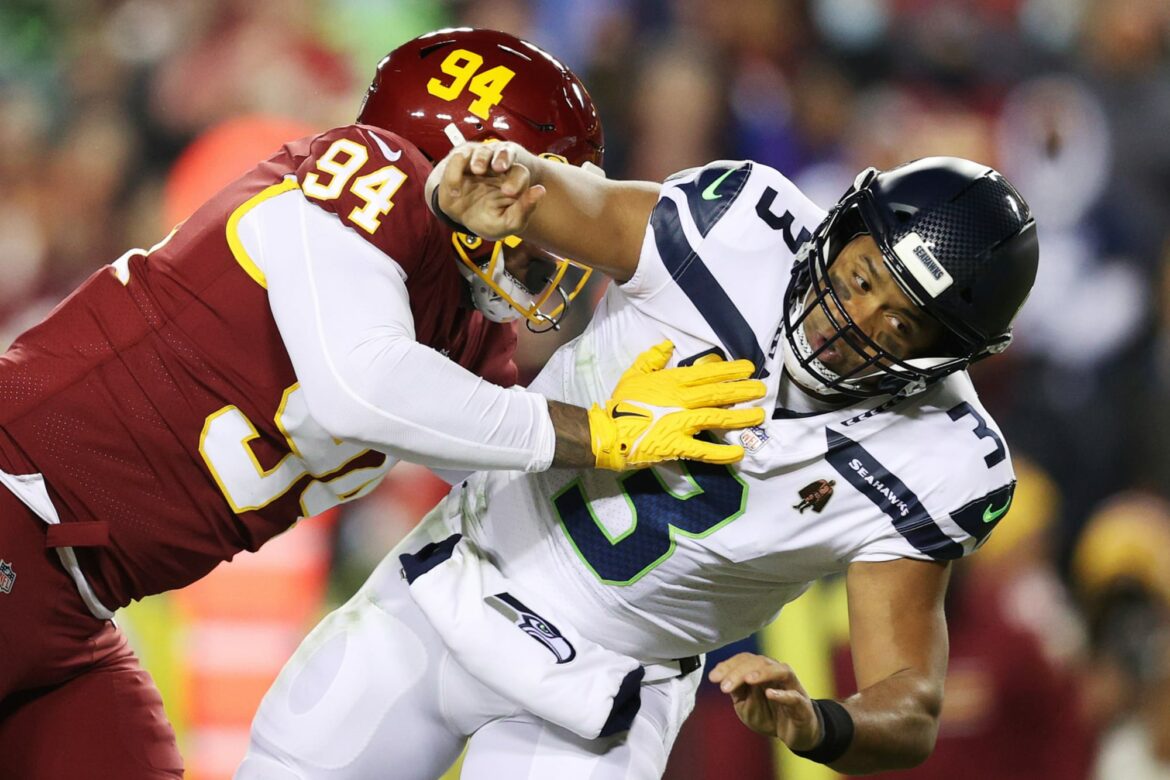 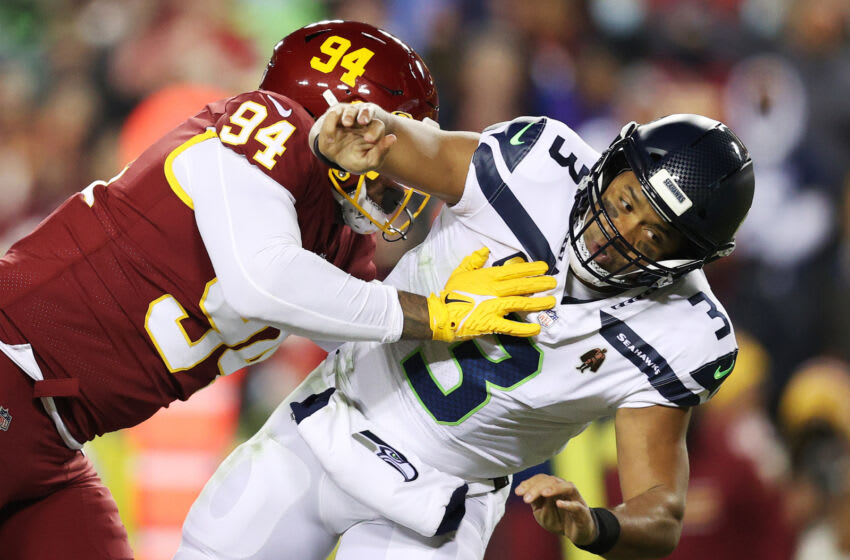 LANDOVER, MARYLAND – NOVEMBER 29: Daron Payne #94 of the Washington Football Team tackles Russell Wilson #3 of the Seattle Seahawks in the first quarter of the game at FedExField on November 29, 2021 in Landover, Maryland. (Photo by Patrick Smith/Getty Images)

With the Seattle Seahawks falling to Washington on Monday night, Pete Carroll was left with no choice but to call out Russell Wilson a bit.

Things have simply gone from bad to worse for the Seattle Seahawks. While the team entered the 2021 campaign with Super Bowl dreams, the season has been a complete and total nightmare. Things reached a new low with the Monday Night Football loss to the Washington Football Team.

The Seahawks offense stunningly couldn’t get anything done at FedEx Field. It goes without saying, but Russell Wilson hasn’t looked like himself and this was once again the case in Week 12. He looked so off, even Pete Carroll had to call him out a bit with his latest comments.

Pete Carroll on @710ESPNSeattle show says of Russell Wilson: “There are plays that are getting away from us, 3-4 plays in that game that really are normal plays for him to make.” Says he can’t say if the finger injury is an issue noting many good throws Wilson has made.

Carroll isn’t wrong here, as Wilson looked awful at times against Washington. There were multiple throws where the superstar quarterback couldn’t have been more off. Fans were scratching their heads time and time again when Wilson would sail a throw, or just miss an open receiver.

The fact that DK Metcalf didn’t record his first catch until late in the fourth quarter was unacceptable. On the failed two-point conversion which would have sent the game into overtime, Metcalf was open in the end zone and was waving his arm at Wilson to get him the ball.

Wilson tried to force a throw instead and Seattle saw its record fall to 3-8. It’s no secret Wilson and Carroll have had their problems in the past too. With Carroll putting his performance on blast, it’s only going to frustrate Wilson even more.

While the two have brought home a Super Bowl to Seattle, it’s really feeling like this will be their last season working together. Some major changes are needed for the NFC West team. Who knows what will end up going down.