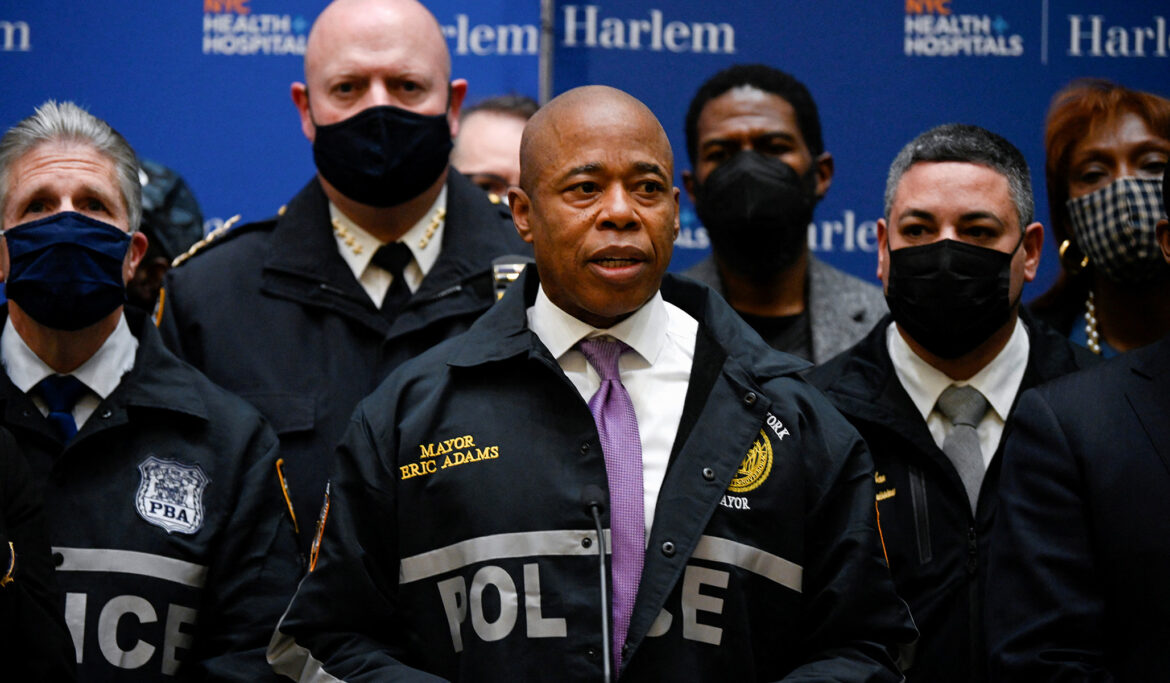 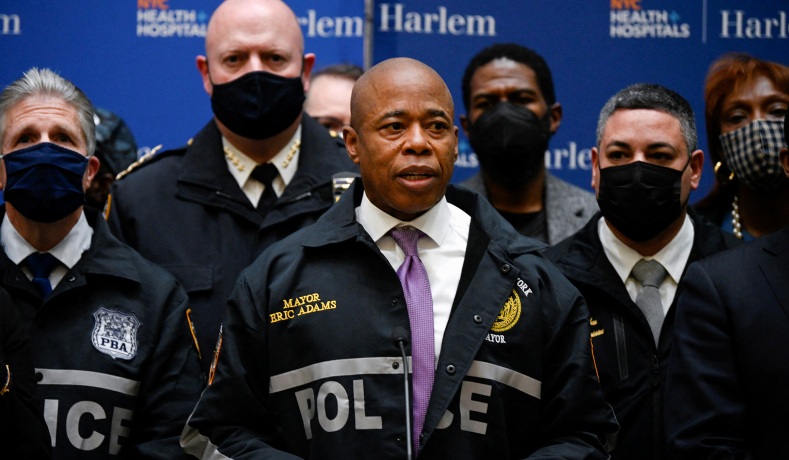 New York Mayor Eric Adams addresses a group of police as they gather at a hospital near where NYPD officers were shot while responding to a domestic violence call in the Harlem neighborhood of New York City, January 21, 2022.
(Lloyd Mitchell/Reuters)

Most of the workers had previously been placed on unpaid leave.

The firings account for less than one percent of the city’s workforce, but they likely the country’s largest mass termination of municipal employees over a Covid-19 vaccine mandate, the New York Times reported.