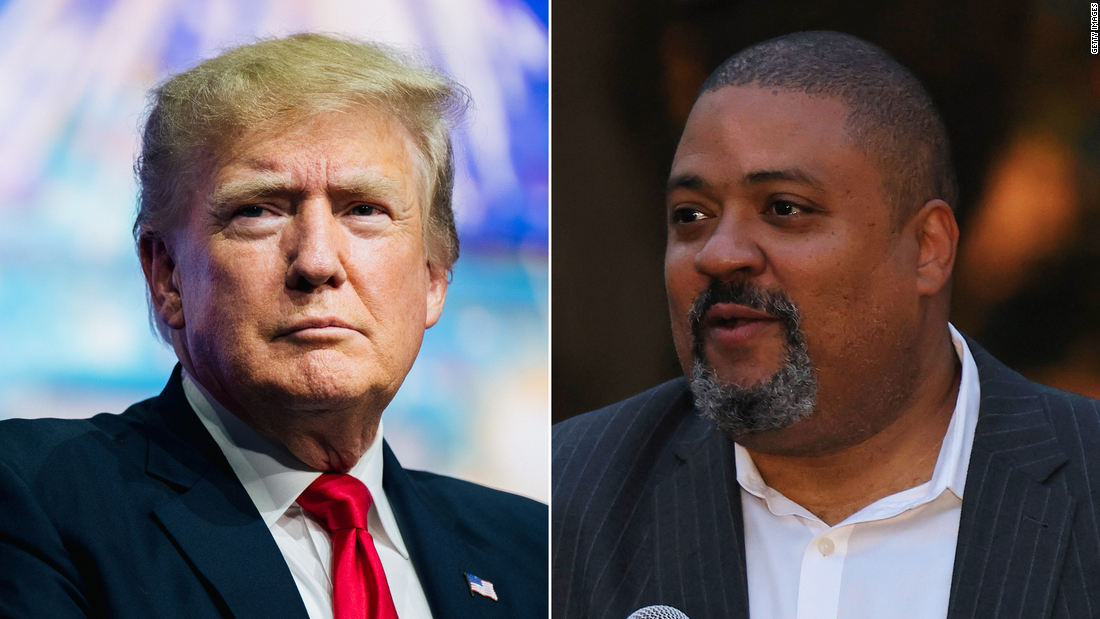 Manhattan District Attorney Alvin Bragg has been gearing up to decide in the coming weeks whether there is enough evidence to charge the former President and the Trump Organization with misleading lenders, insurers and others by providing them false or misleading financial statements, according to people familiar with the investigation.

On Thursday, his office reiterated that the investigation is ongoing and said Susan Hoffinger, a former prosecutor and experienced white-collar defense attorney he recruited, would oversee the probe.

There were discussions within the office over the strength of the case. Some prosecutors believed there is sufficient evidence to charge, while others were skeptical that they could win a conviction at trial, in part because of the difficulty in proving criminal intent, one person familiar with the matter said.

Multiple factors are at play, including New York state law, which makes it hard to bring such a case, as well as the lack of a key cooperator.

Now the probe is entering a crucial phase because a special grand jury empaneled last fall is set to expire by the end of April. And on Wednesday, Mark Pomerantz and Carey Dunne, two senior attorneys spearheading the investigation, resigned amid disagreement within the office over the strength of the case.

But the grand jury expiration is a soft deadline because the grand jury’s term could be extended. And a person familiar with the matter said Bragg added several attorneys to the team who have dug into the case and taken it seriously. That partly slowed down the investigation.

The probe has already been underway for several years and prosecutors have amassed millions of pages of documents and interviewed multiple witnesses, but they have not secured the cooperation of any key insiders of the Trump Organization, who could provide a road map to Trump’s state of mind when valuing assets at the center of the investigation.

Pomerantz, who was recruited by Cy Vance, the previous district attorney, and Dunne, Vance’s general counsel, agreed to stay on after Vance’s term ended in December. Vance chose not to run for reelection, and he’s succeeded by Bragg, a former federal prosecutor who was previously a top official at the New York attorney general’s office.

On Thursday Bragg’s spokeswoman, Danielle Filson, said, “As we said yesterday, the investigation remains ongoing. Susan Hoffinger, executive ADA of the Investigation Division, will lead the strong team that is in place.”

Pomerantz and Dunne did not return calls seeking comment.

Ronald Fischetti, an attorney for Trump, said he has not had any communications with the DA’s office in months and not since the resignations. But he’s optimistic about the development.

“We’re extremely happy. I think soon he’ll drop the case, drop the whole investigation of Trump. Without any question I think that’s going to happen,” he said.

Bragg is also facing other time-consuming issues, such as rising crime and gun violence in New York. His initial “Day One” memo delineating crimes that would no longer be prosecuted was criticized by many, including the commissioner of the New York Police Department. The investigation into Trump is already taking up a lot of internal resources as Bragg is set to remake the office.

Bragg “is making the judgments he thinks are right and he’s not worrying about the politics, and it shows because the politics are quite bad,” said Ethan Greenberg, a former assistant district attorney in Manhattan and a retired acting New York State Supreme Court justice. “He’s alienating very different constituencies all at once very quickly.”

Greenberg said one issue that could be stymieing prosecutors is New York’s criminal code. He said that even if the Trump Organization financial statements are false and misleading, “New York law is not as well suited to white-collar offenses. Bragg must see some of the same difficulties that I’m talking about.”

Greenberg said that to bring a case under New York’s grand larceny law prosecutors would need to prove that Trump and the Trump Organization stole property when they gave allegedly false statements to lenders and others. That’s hindered in part because Trump is in good standing on his loans. To prove a scheme to defraud, another law, he said, prosecutors would need to still prove underlying crimes.

“They know how to make a case. It doesn’t mean it’s an easy case. It would be difficult legally and in front of the jury,” Greenberg said.

Regardless of what happens to the New York investigation, Trump is facing multiple legal threats from several directions.

The Fulton County district attorney’s office in Georgia is investigating Trump for possible election-related crimes. The New York state attorney general is conducting a civil investigation into the Trump Organization and its executives and has alleged the company made many material false statements or omissions on financial statements provided to lenders, insurers and tax authorities. Last week, a judge ordered Trump, Donald Trump Jr. and Ivanka Trump to testify under oath. Lawyers for the Trumps have said they will appeal.

Trump is also facing inquires relating to the January 6, 2021, attack on the US Capitol. While many Trump allies have remained loyal, it’s unclear how hardened their resolve is and if any would cooperate with the inquiries, possibly providing new information for the investigations.

Trump has evaded criminal charges over the years amid bankruptcies and allegations of other false statements.

Vance was criticized for previously dropping a two-year criminal investigation into the Trump Organization related to the sale of condos at a hotel-condo property known as Trump Soho. He dropped the probe despite internal support for criminal charges.

Since opening the current investigation in the final years of his tenure, Vance spearheaded an effort to obtain Trump’s taxes and related records from his longtime accounting firm, Mazars. The fight went to the Supreme Court twice and Vance, led by Dunne’s legal arguments, prevailed. Vance recruited Pomerantz to join the investigation, bringing with him deep experience in financial crimes.

Pomerantz has been actively involved in the investigation, leading questioning of some witnesses and involved in strategy. Dunne led the prosecution team last July when it announced the indictment against the Trump Organization and Allen Weisselberg, its chief financial officer, charging them with an alleged 15-year tax fraud scheme. At the arraignment, Dunne told the judge, “There’s no clearer example of a company that should be held to account.”

In the fall the investigation shifted back to the accuracy of the financial statements and prosecutors interviewed former bankers from Deutsche Bank in October, people familiar with the matter told CNN.

During one meeting, prosecutors suggested they believed Trump made misrepresentations on his financial statements provided to the bank and they were trying to determine how important those misstatements were to the lender. They questioned one witness about whether those financial statements were material to any loan decision, one person familiar with the meeting said. Questions were focused on whether a single specific misrepresentation was material or if any misstatement would have been material to the bank deciding whether to make the loan. The questions in one of the meetings were mostly focused on the Doral loan, this person said, when Trump became a client of Deutsche Bank’s private wealth group that championed him as a client.

The financial statements were prepared by Trump and compiled by Mazars. They are unaudited and contain numerous caveats of ways the financial statements do not comply with US accounting rules. Those warnings could make it more challenging to bring a case alleging fraud. The lenders are sophisticated and conducted their own due diligence. Also, the banks have not lost money on the loans.

Mazars told the Trump Organization this month to no longer rely on nearly 10 years of financial statements, although it said it did not find “as a whole” that the statements contained “material discrepancies.”

Vance pushed prosecutors to begin presenting evidence to the grand jury late last year before he left in December. Bragg was sworn in the following month. Before taking office he told CNN the investigation would have his personal attention and he hoped Pomerantz and Dunne would stay, noting, “it would be a disservice to Manhattan to lose them.”