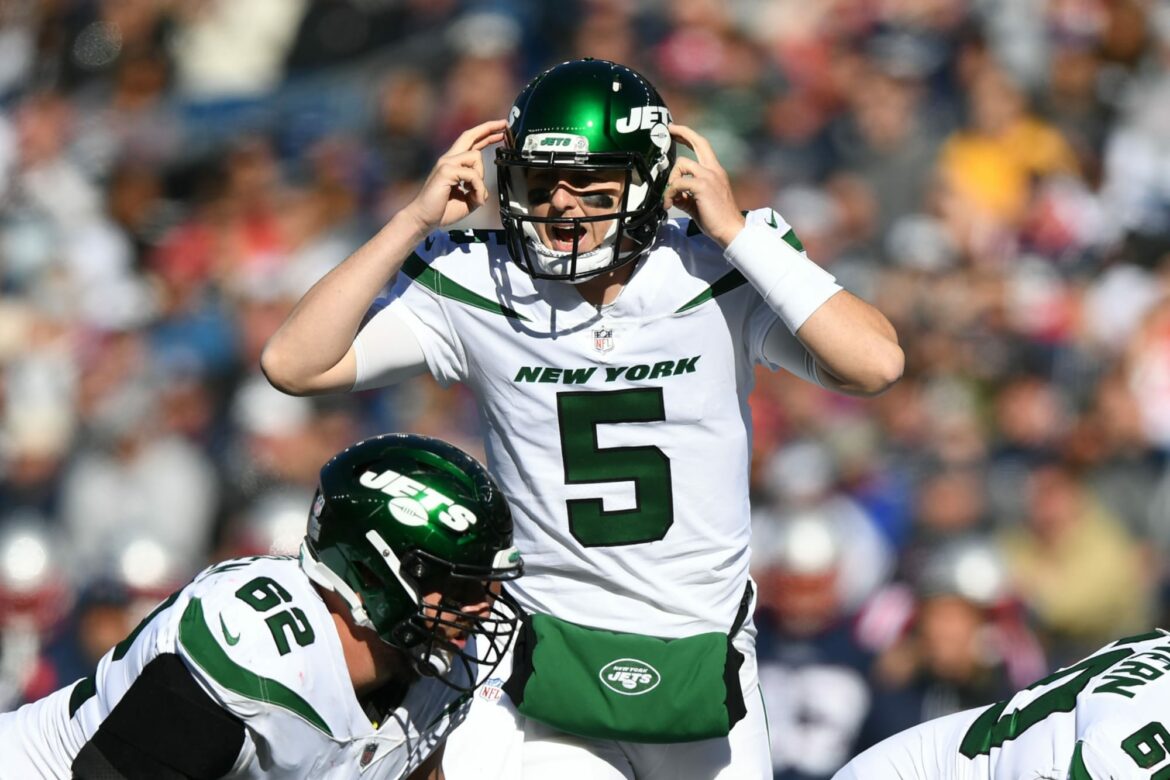 New York Jets quarterback Mike White is making fans forget all about Zach Wilson, and the team is rolling out some new uniforms.

Well, technically not new uniforms — just a new uniform combination, or something of the sort.

For the first time, the Jets are rocking their white jerseys with black pants. So, basically, it’s the opposite of color rush.

Give New York credit for being original. The Jets have defeated the Tennessee Titans and Cincinnati Bengals this season, two teams seemingly destined for the AFC postseason. Could this be a sign that Robert Saleh has the Jets headed in the right direction?

Who is Mike White?

Isn’t that a wonderful question?

White was drafted in the fifth round of the 2018 Draft by the Dallas Cowboys, but has since, obviously, made his way to the Meadowlands. In his first NFL start, White threw for 405 yards and three touchdowns against the Bengals. With a short week to prepare for the Colts, who knows what he’s capable of?

Saleh was so impressed by White in his first start that he even made it sound like playing him over Wilson — who the Jets selected second-overall in the 2021 NFL Draft — is possible.

“Mike is fantastic,” Saleh said. “He’s poised, he’s showed it all throughout camp, all throughout OTAs, that he deserves to be one of those guys and obviously he showed it today…We’ll take it day to day, but anything’s possible.”

For Jets fans, White is at the very least something to be excited about on what would otherwise be a boring Thursday Night game against the Colts. Well, that and sweet new uniform combos!