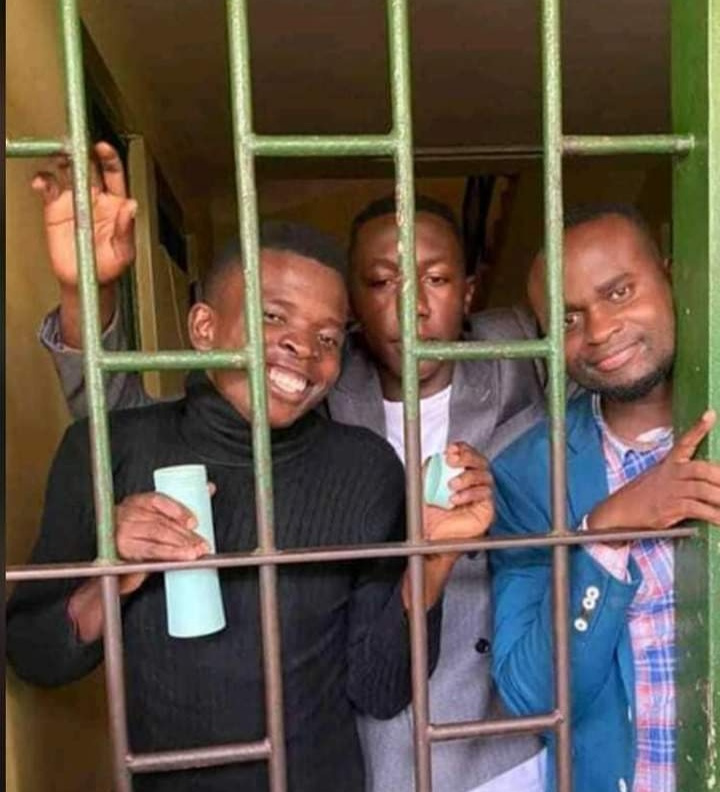 Next Media Services on Friday protested the detention of their staff who were remanded to Kitalya State Prison on allegations of offensive communication.

Isaac Kawalya, aka “Kayz”,Brian Wako, and William “Mako” Makuliro were remanded at the dreaded facility following a court challenge with singer Omulangira Suna in which he accuses them of malice and muddying his name, and brand.

While remanding the trio, the Presiding magistrate said he was time constrained and thus unable to process bail for them.

In a statement issued by Sanyuka TV, a member TV Station of the NMS, the management complained that refusing to have their staff given bail was an infringement on their rights.

” Resultantly, the three were denied their rights to apply for bail over a matter arising from remarks on Sanyuka TV’s daily morning express TV show founded on Omulangira Suna’s own declarations and expressions.

“We are certain that justice will prevail at the end of it all, and the justification will stand,” Read the statement in part.

They further vowed not to relent on keeping on the fight for the trio’s freedom.

” We are undertaking all necessary measures to have them released as soon as possible,”The management revealed.