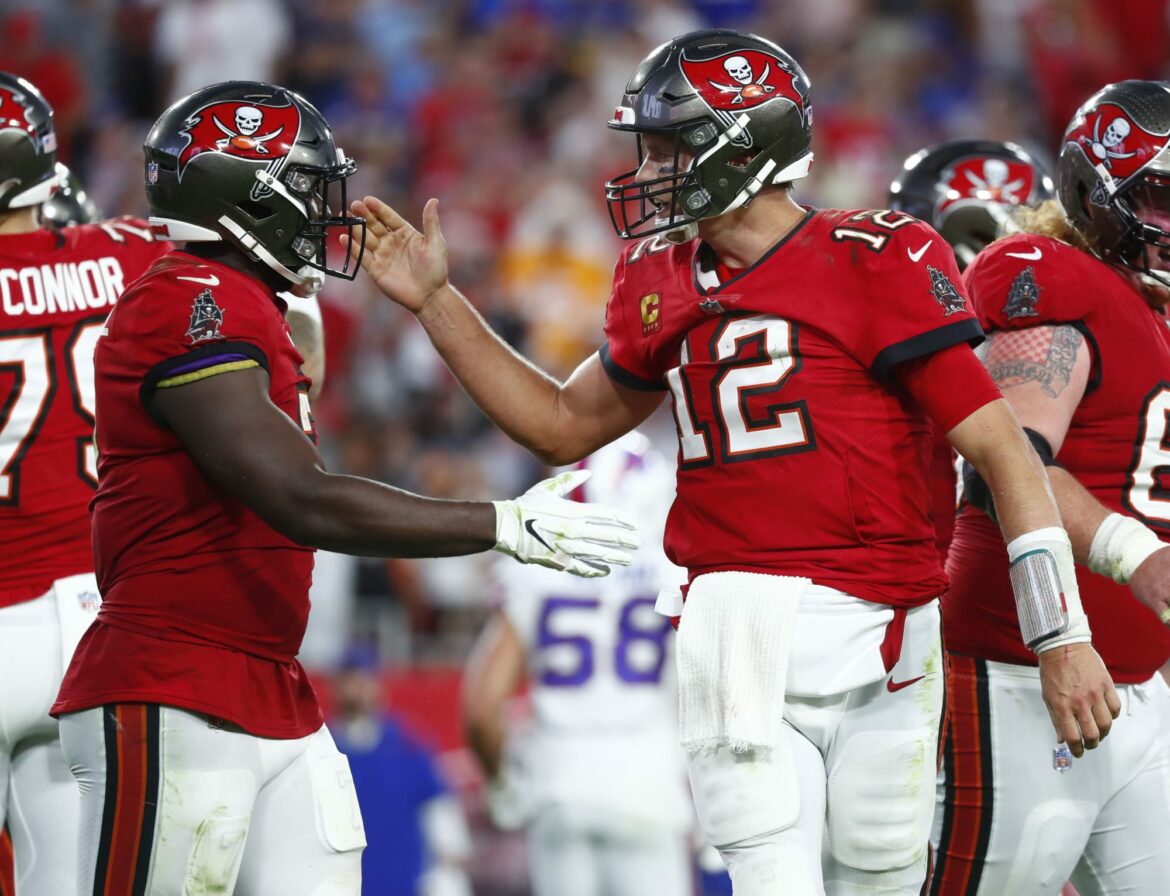 How the NFC playoff picture looks after the Dallas Cowboys beat the Washington Football Team and the Tampa Bay Buccaneers defeated the Buffalo Bills in overtime.

While several teams have been eliminated from the postseason over in the AFC, the NFC playoff race could not be more exciting, especially after the Dallas Cowboys and the Tampa Bay Buccaneers getting big wins in Week 14.

Dallas improved to 9-4 on the year with a thrilling finish vs. the Washington Football Team. With this ninth win on the season, the Cowboys are one step closer towards winning the NFC East. As for the Buccaneers, they won in dramatic fashion in overtime vs. the Buffalo Bills. This 10th win of the season has Tampa Bay one more victory away from securing its first division title since 2007.

Here is the NFC playoff picture heading into the final two primetime games of the Week 14 slate.

The Arizona Cardinals, the Buccaneers, the Green Bay Packers and the Cowboys would be the four division winners in the NFC if the season ended today. The three NFC Wild Card teams would be the Los Angeles Rams, the San Francisco 49ers and the Washington Football Team. Washington gets the No. 7 seed, despite being sub-.500 on the year. This is where things get really interesting.

There are four other teams in the NFC with 6-7 records besides Washington. It goes Minnesota Vikings, Philadelphia Eagles, Atlanta Falcons and New Orleans Saints from eighth to 11th place in the NFC based on tie-breaking procedures. The Carolina Panthers and the Seattle Seahawks are one game back of Washington at 5-8 on the season. They sit at 12th and 13th place, respectively.

And no, those are not the only teams still alive for a playoff berth in the NFC. Chicago is 1.5 games back of Washington at 4-8 entering Sunday Night Football vs. the Packers at Lambeau. The struggling New York Giants at 4-9 are only two games back of Washington for the final playoff spot in. The only team in the NFC that has been mathematically eliminated is the Detroit Lions.

Here is to the final four weeks of the regular season being incredibly exciting for all fans to watch.