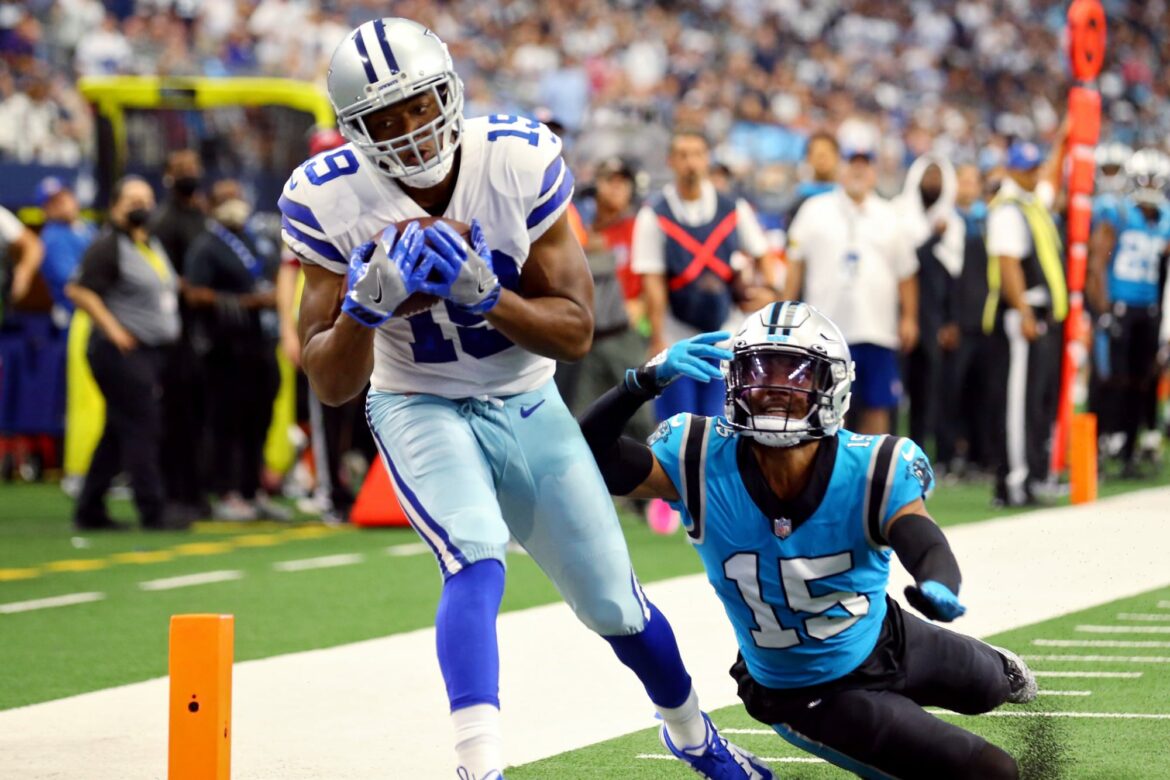 Giants-Cowboys and Packers-Bengals are among the most intriguing Week 5 matchups, but what games will be available in your area?

The NFL season is in full swing and most teams are set to start taking their byes as soon as next week. The schedule will get compressed with fewer games, which could impact fantasy football owners and gamblers, but there is still a full slate of football to look forward to in Week 5.

Giants-Cowboys and Packers-Bengals are among the highlights of the Week 5 slate, but what games will be on in your area and who will be calling the action? Check out this week’s coverage maps, courtesy of 506 Sports, below to find out.

FOX joins the fray for Thursday Night Football for the first time this season as the Rams take on the Seahawks in a crucial NFC West matchup. Joe Buck and Troy Aikman are on the call as they will be for all Thursday games this season.

The first of two international games this season will see the Jets head to London to take on the Falcons. Atlanta will serve as the home team at Tottenham Hotspur Stadium. 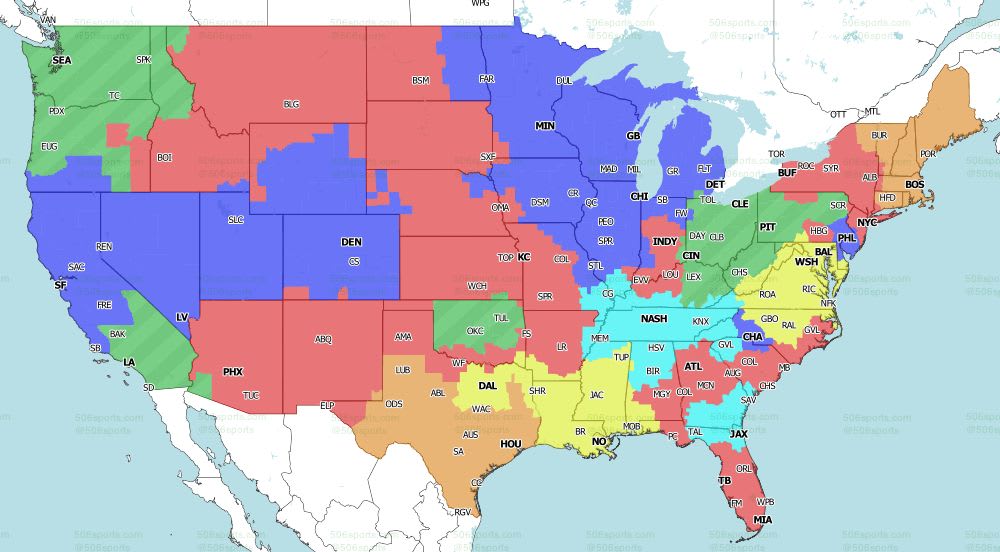 CBS has the singleheader this week and the best game in the early window is a desperate Miami team heading to Tampa Bay to take on Tom Brady and the Buccaneers. The two late games are more interesting, especially the Browns-Chargers matchup, but they won’t receive a ton of distribution.

FOX has the doubleheader this week and features a solid early window with a Packers-Bengals headliner. Joe Davis steps into FOX’s B-team with Greg Olsen so Kevin Burkhardt can work on MLB postseason coverage. 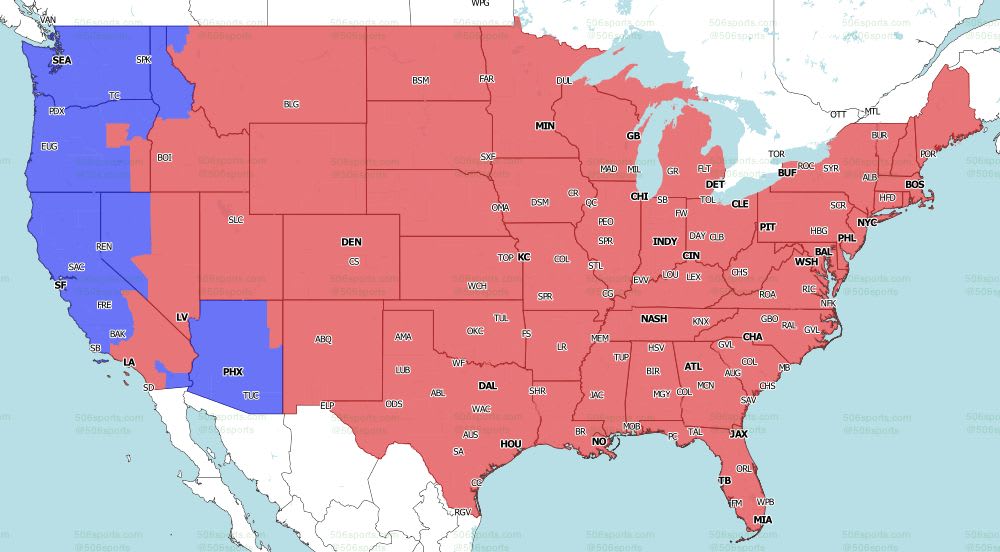 America’s Game of the Week is the Giants-Cowboys matchup, which will see Buck and Aikman back in action for the second time this week. The undercard matchup of 49ers-Cardinals is arguably the better game but won’t be seen outside of markets with a regional interest.

This week’s Sunday night matchup is a rematch of the AFC Championship Game between the Bills and Chiefs. Al Michaels and Cris Collinsworth will be in Kansas City to call the action.

The final game of the week sees the Colts return to their old stomping grounds to take on Lamar Jackson and the Ravens. There will not be a Manningcast again.