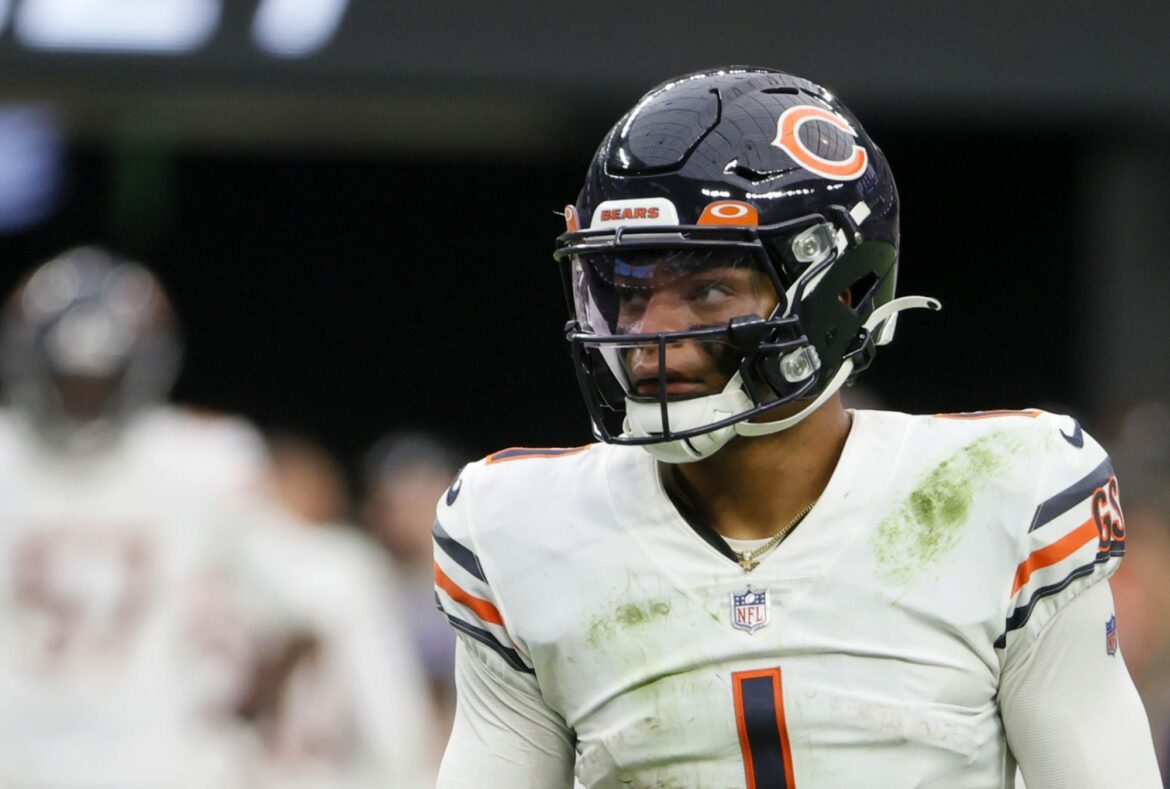 Packers-Bears and Cowboys-Patriots are among the top NFL matchups in Week 6 but what games will be available in your area?

The bye weeks are finally here so NFL fans won’t have a full 16-game slate available for quite a bit. The New York Jets, Atlanta Falcons, San Francisco 49ers and New Orleans Saints are off this week but there are still plenty of quality matchups available to watch in Week 6.

The Green Bay Packers take on the Chicago Bears while the Dallas Cowboys travel to Foxboro to take on the New England Patriots, but will you be able to see those games in your area? Check out this week’s TV coverage maps, courtesy of 506 Sports, to find out what games you’ll be able to see and who will be calling the action.

Week 6 kicks off with the Tampa Bay Buccaneers playing their second Thursday night game of the season as they travel to Philadelphia to take on the Eagles. Joe Buck and Troy Aikman will be on the call tonight and are off on Sunday since FOX doesn’t have the doubleheader this week.

The NFL’s second London game will be broadcast nationally on CBS as the Miami Dolphins take on the Jacksonville Jaguars. This is the final international game of the season. 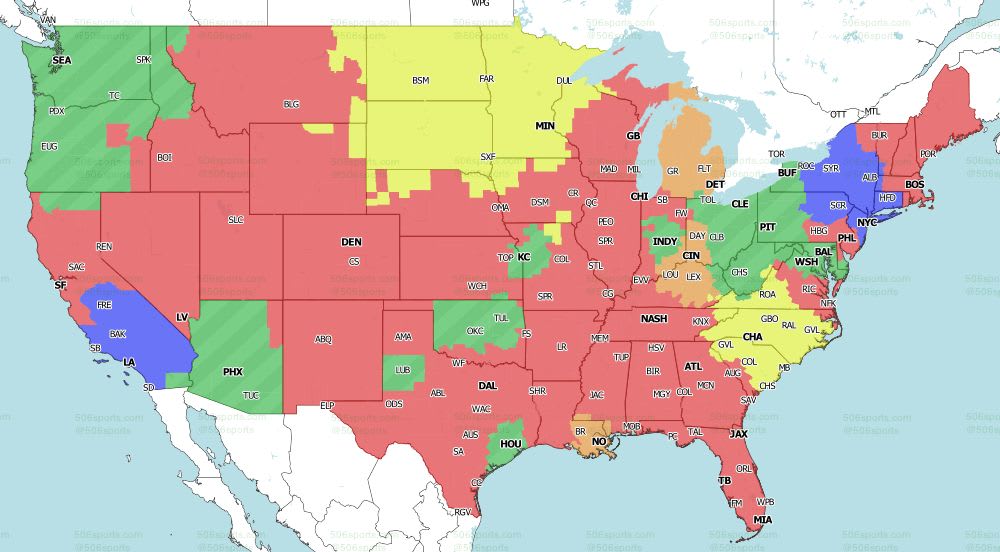 FOX has the singleheader this week and will send Packers-Bears to most of the country with its other three early games get distributed to regional areas of interest. The best game on FOX’s slate may be the lone 4:05 game with Arizona traveling to Cleveland but few people will actually see it outside of local markets. 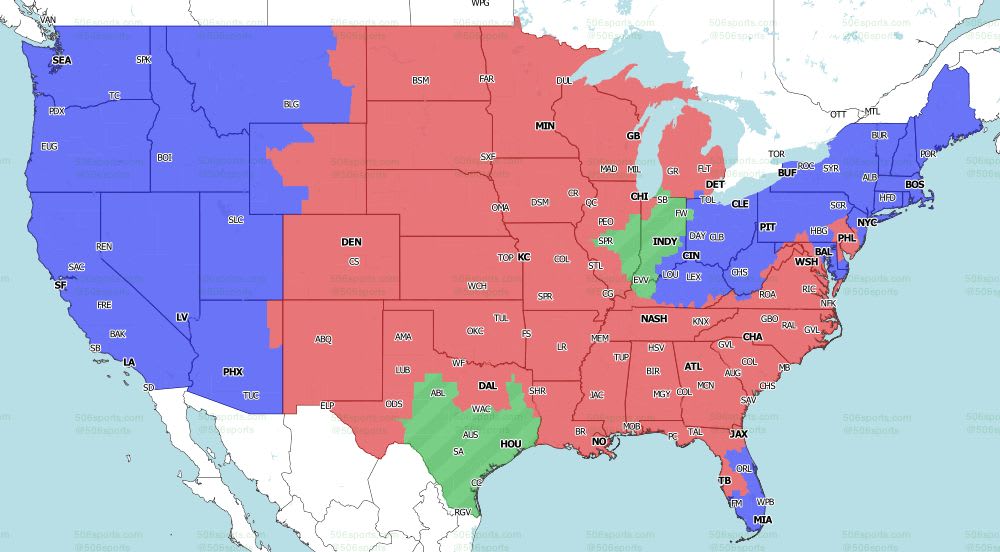 CBS’ early window features two strong games with Chiefs-Washington and Chargers-Ravens that will be split between the majority of the country. Texans-Colts is only going to local markets. 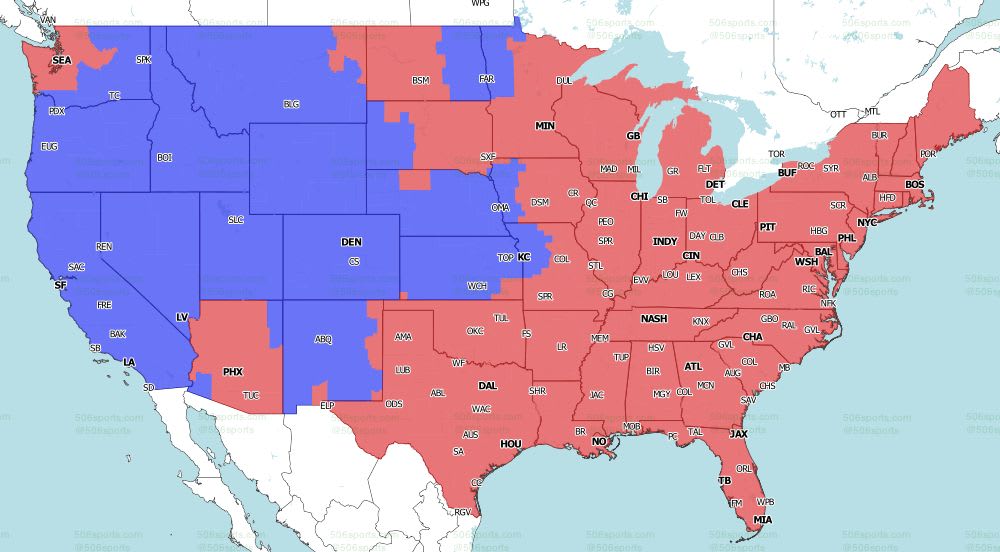 The highlight of this window is Dallas traveling to New England, allowing CBS to assign Tony Romo to call another Cowboys game. The other game at 4:25 for CBS is Raiders-Broncos, a key AFC West showdown with Las Vegas looking to more forward in the post-Jon Gruden era.

Al Michaels will get the week off as Seattle tries to stay afloat without Russell Wilson in a big Sunday night matchup against the Steelers. Mike Tirico will step in to work this game with Cris Collinsworth.

ESPN has arguably the best game of the week as the Bills look to build momentum off last Sunday night’s win over the Chiefs with another victory against an AFC contender in the Tennessee Titans.