The #Rams really have nothing to do tonight. 🤣🤣

Check out the draft profile of Buckeyes star Garrett Wilson 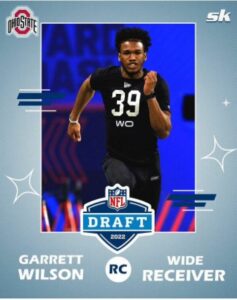 Will Pete Carroll pull the trigger on the Seattle Seahawks rebuild this early? Russell Wilson replacement on the cards?

With a relatively thin quarterback class in 2022, at least at the very top end, Seattle now have a choice to make with their ninth overall pick. Do they take a gamble on a quarterback or invest in vital other positions and hope to hit gold at quarterback in the 2023/24 draft? It entirely depends on what kind of rebuild the Seahawks are after.

With Tom Brady back, the Tampa Bay Buccaneers remain in win-now mode

The Buccaneers were minutes away from advancing to their second straight Super Bowl last season, but fell short to the LA Rams. While Tampa Bay is still extremely talented, they still have some areas that could use improvement. To return to the Super Bowl, they must find ways to fill them in the draft and free agency before the start of the 2022 NFL season.