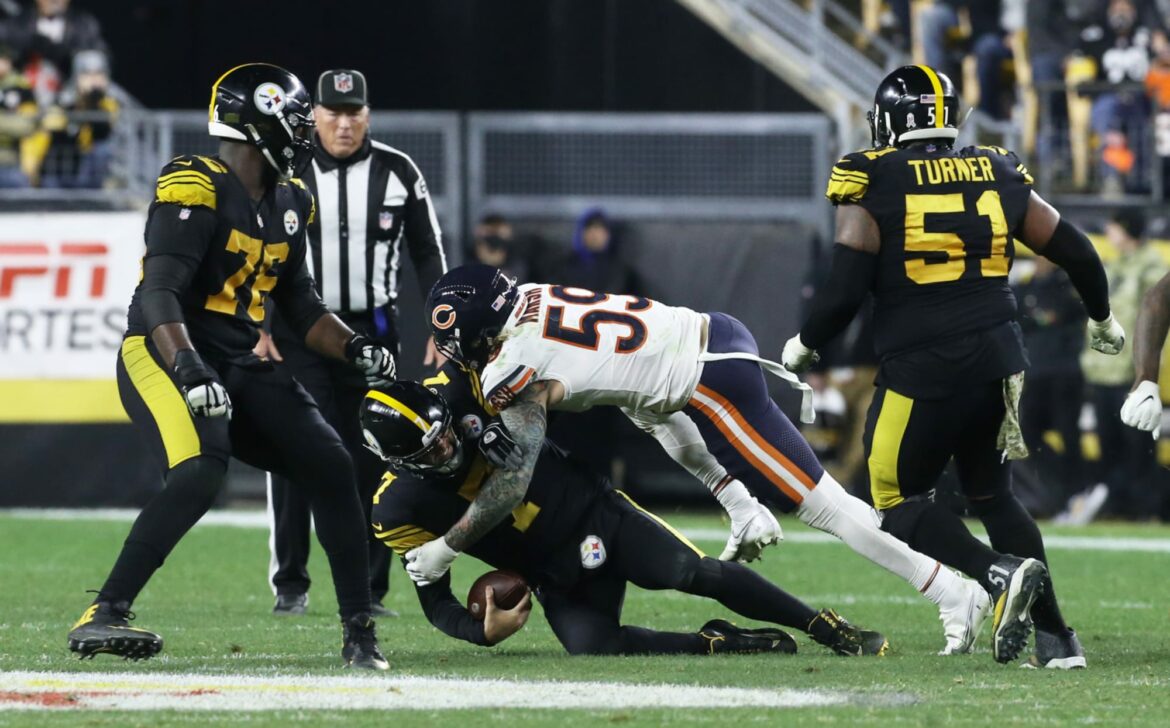 Let’s just cut right to the chase: The NFL is so staunching standing by it’s unclearly defined taunting rule that it’s fining players for violating the rule.

Monday night saw perhaps the most controversial — and impactful — application of the league’s new taunting penalty. Chicago Bears defensive end Cassius Marsh made what appeared to be a game-changing third-down sack of Ben Roethlisberger. The Bears still trailed 23-20, but were in a position to either tie the game or use up the clock marching down the field for a game-winning touchdown.

Or they would have been had Marsh not been flagged for taunting. The defensive end was flagged for what official Tony Corrente believed was “using baiting or taunting acts or words that may engender ill will between teams,” which is the language used in Section 3, Article 1 (c) the NFL rulebook to define taunting.

The violation didn’t seem to be for the aerate kick Marsh did after sacking Roethlisberger, rather him staring at the Steelers sideline.

According to NFL Network’s Tom Pelissero not only is the NFL standing by the decision to flag Marsh for taunting but it’s also fining him for it.

The league informed Marsh on Friday he’s being fined $5,972 for unsportsmanlike conduct, a source told NFL.com.

Marsh plans to appeal in hopes of getting the fine rescinded.

Pittsburgh was allowed to keep the ball and add to its lead as a result of the flag, and the result of the game was not so subtly impacted by the call. After the game, Corrente offered up an explanation that satisfied no one in Chicago and the league opted to let the call speak for itself and move on.

Marsh isn’t the first player to be on the wrong end of the NFL’s new rule, one that has drawn the ire of essentially everyone. But it’s hard to not see the reaction from the league to the Marsh penalty as anything but a warning shot to fans, players, and coaches who have spoken out against the rule.

By fining Marsh, the league is signaling loud and clear that it’s heard everyone’s complaints about the taunting rule and it simply does not care.