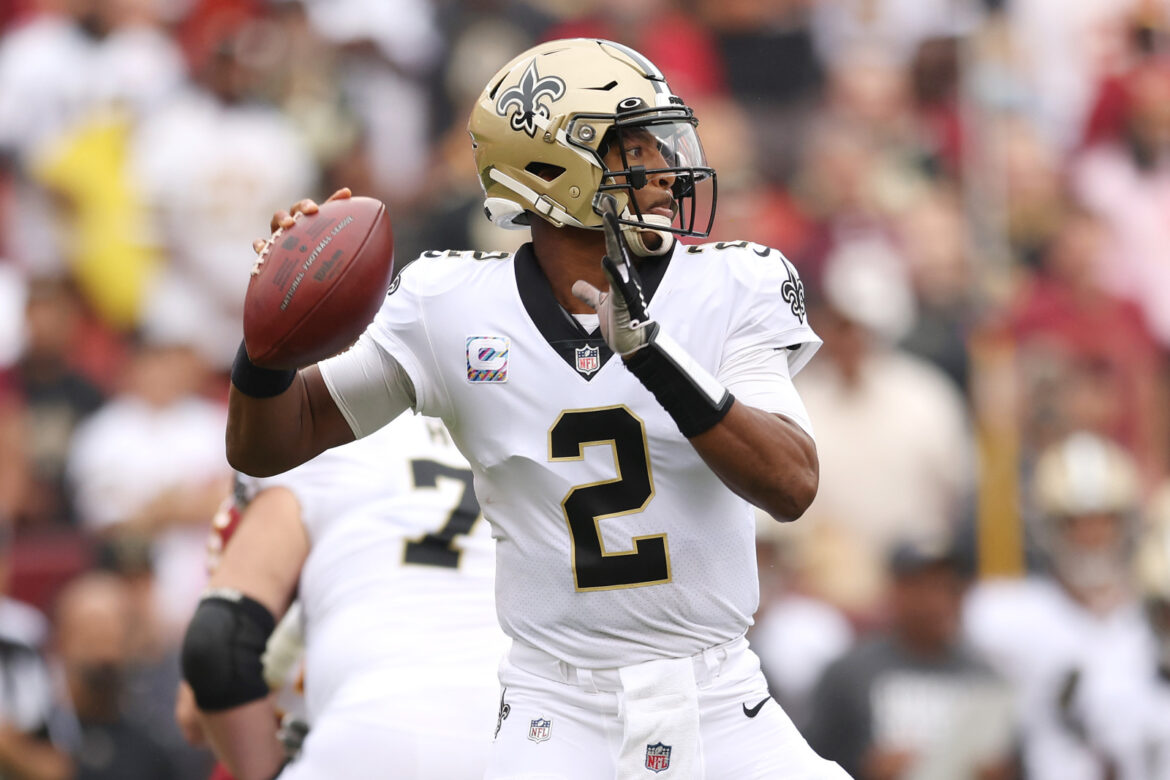 Consider the New Orleans Saints to be one of the more likely teams in football to make the playoffs this fall after missing out on them entirely a season ago.

Jim Trotter of NFL.com picked the Saints as one of three non-playoff teams from a year ago he is incredibly bullish on. While his two other picks in the Indianapolis Colts and the Los Angeles Chargers are not all that surprising, having the Saints as his most likely team to go on a deep playoff run raises a few eyebrows. The Saints may have a strong culture, but one that is evolving.

Let’s discuss how realistic of a return to the playoffs is for the Saints this upcoming NFL season.

Will the 2022 New Orleans Saints make the playoffs or not?

The three biggest things Trotter points out that are in the Saints’ favor are they are not going to be as injury-riddled as they were a year ago, they play in the weaker NFC and they still went 9-8 despite all of that last season .

As far as reasons not to believe in the Saints, Trotter offers key departures within the organization, as well as quarterbacking instability. Jameis Winston may be a former No.

What this really comes down to is what teams are locks to make the postseason in the NFC. Currently, there are three no-doubters: Tampa Bay, the Green Bay Packers and the defending Super Bowl champion Los Angeles Rams. Barring something unforeseen, New Orleans would be getting in as one of three NFC Wild Card teams; they are not ready to win the division right now.

Looking at teams who will be competing for Wild Card berths with New Orleans, these would be the handful of teams: The Arizona Cardinals, the Minnesota Vikings, the Philadelphia Eagles, the San Francisco 49ers and the Washington Commanders.

As far as the other seven teams in the NFC are concerned, it would be more shocking than not if they qualified for the playoffs in 2022.

In short, the Saints are probably going to be somewhere in the fifth to ninth-best team in the NFC this season. Both are clearly the second-best team in their respective divisions. The question is if they are good enough to steal a spot from the East or West.

If all goes right for the Saints, they can be an 11-6 team and get that No. 5 seed by finishing maybe a game or so back of the Buccaneers. Should it hit the fan, this could be a third-place team with either the Atlanta Falcons or the Carolina Panthers shockingly leapfrogging them in the NFC South standings. The Saints have a great deal of variance, but likely more of the negative variety.

What this comes down to is how much do you trust the Saints’ culture and Winston’s second real run at being an NFL starting quarterback. Allen has to be better as an NFL head coach this time around because it cannot get much worse than his stint leading the then-Oakland Raiders. Ultimately, the Saints could make the playoffs, but them going on a deep run is a risky proposition.

If the Saints make the playoffs, they may win a game or two, but that is not the end of the world.