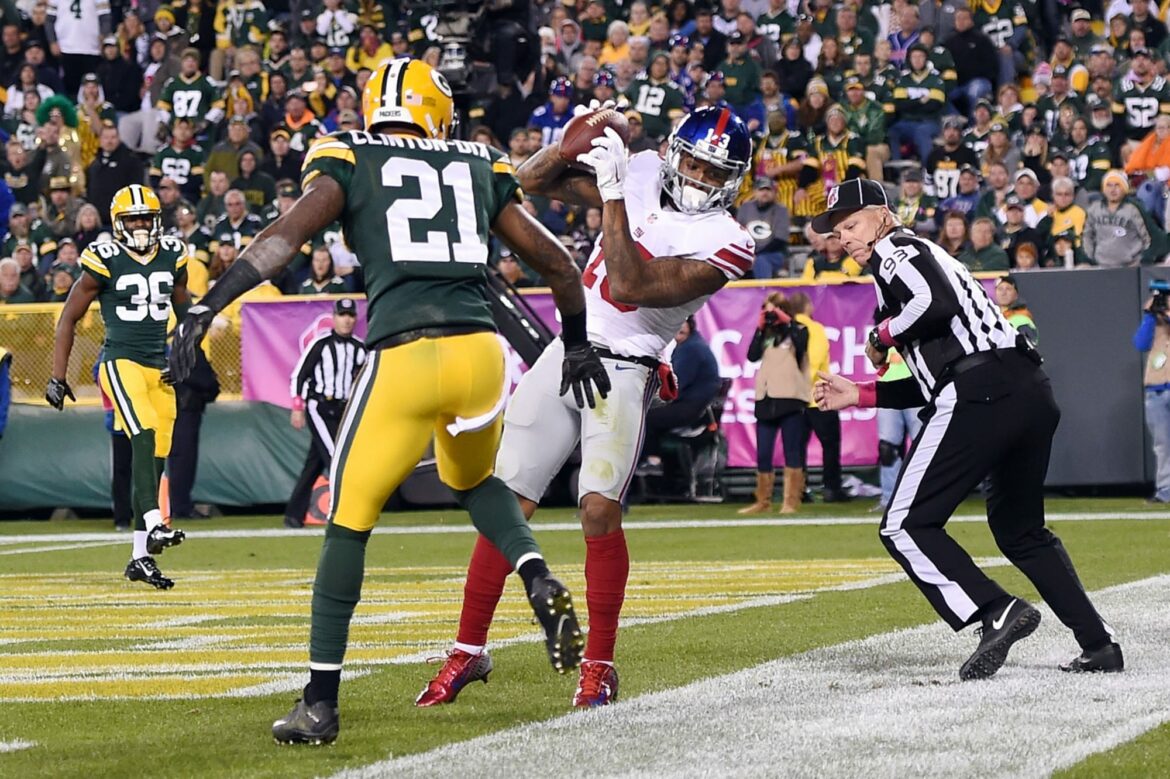 Green Bay Packers fans looking for someone to blame for the OBJ contract offer now have someone to yell at.

Odell Beckham Jr is going to be catching balls from a veteran of the NFC North, it’s just one who doesn’t play in the division anymore.

On Thursday, OBJ agreed to join the Los Angeles Rams after a short week of speculation as to where the Pro Bowl receiver would play the rest of this season. Despite a bumpy landing of reporting the news, it appears as though the Packers and Rams were the final two choices OBJ was trying to decide between before ending his free agency.

Packers fans are searching for answers as the dust settles, especially given how much better off Beckham might have been if he had come to Green Bay instead of joining an already bloated offense in Los Angeles.

According to Jordan Schultz, the Packers front office is the reason Odell Beckham Jr ended up in Los Angeles and not Green Bay this week. Schultz initially blamed Mark Murphy by name, but deleted and amended his tweet with new phrasing.

This Just In: Mark Murphy is the main reason why the #Packers failed to land Odell Beckham, Jr., per sources. I’m told HC Matt LaFleur wanted OBJ, believing his acquisition would be both seamless/positive for GB offense. Murphy lowballed Beckham, while #Rams believed in him.

OBJ Contract: Packers lowball offer is to blame for missing out

Schultz deleted that and updated it claim the front office as a whole.

🚨 This Just In: #Packers front office is the main reason why they failed to land Odell Beckham, Jr., per sources. I’m told HC Matt LaFleur wanted OBJ, believing his acquisition would be both seamless/positive for GB offense. FO lowballed Beckham, while the #Rams believed in him. https://t.co/szY3f6Yffq

Either way, this is not what Packers fans want to hear. Then again, it’s not as though Green Bay was in a position to offer OBJ much more than it did although the official number was not made available. Reports indicate that the Packers offered Odell Beckham Jr the veteran minimum, which given the cap space the team has been dealing with since the start of the Aaron Rodgers drama this summer, might be all they could muster.

The only knife twist involved here is how seemingly close the Packers were to landing OBJ and how much better he might have fit in Matt LaFluer’s offense over Sean McVay’s. There’s no doubting that adding OBJ to the Rams offense is an obviously good decision, but he’ll have to share targets with Robert Woods and Van Jefferson, not to mention the fact that the offense runs through Cooper Kupp.

If OBJ had landed in Green Bay, he’d instantly become to No. 2 target for Aaron Rodgers and likely would see more opportunities to make plays. It’s hard to see OBJ being anything more than complimentary in L.A., while there’s no arguing someone like Marquez Valdez-Scantling getting targets over him in Green Bay.

The bottom line, however, is that the Packers were strapped for cash which hamstrung their attempts to outbid the Rams. $4.5 million doesn’t sound like a lot to add a potential final piece to the Super Bowl puzzle to a team not as strapped as the Packers are. Then again, adding that final piece is invaluable and absolutely worth lifting up ever couch cushion in Lambeau to scrounge up the coin to make it happen.