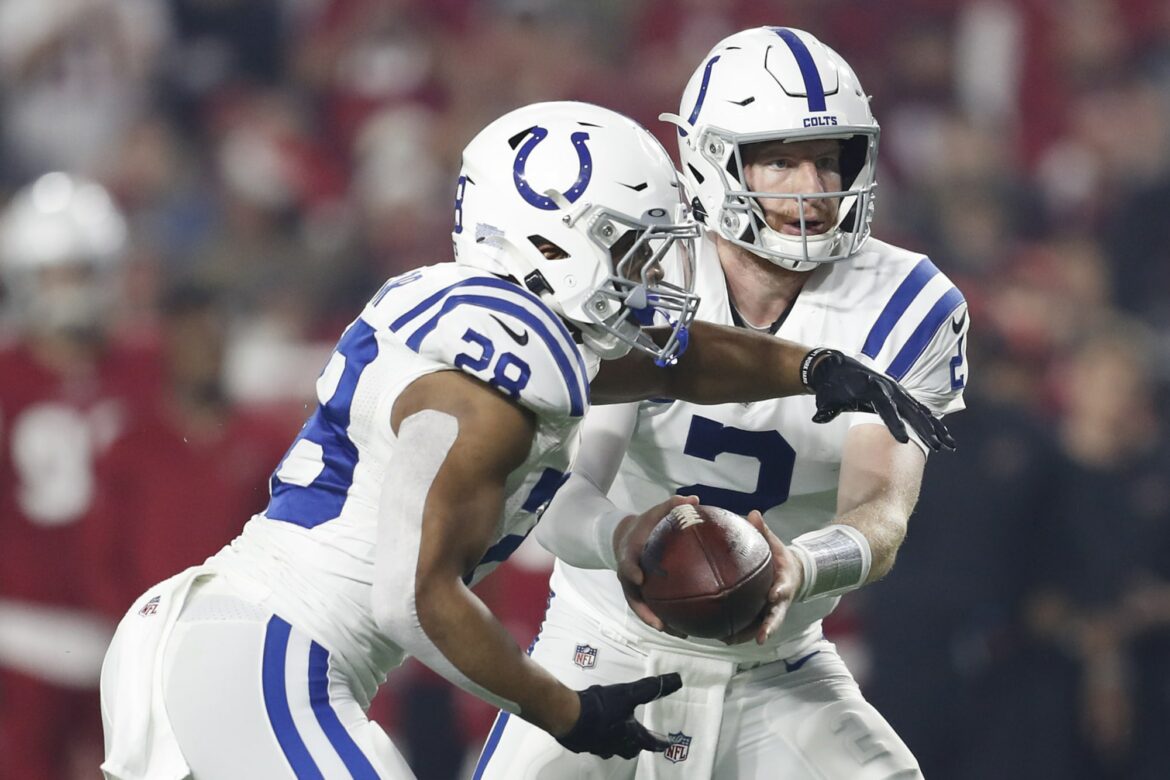 GLENDALE, ARIZONA – DECEMBER 25: Carson Wentz #2 of the Indianapolis Colts hands the ball off to Jonathan Taylor #28 against the Arizona Cardinals at State Farm Stadium on December 25, 2021 in Glendale, Arizona. (Photo by Chris Coduto/Getty Images)

With the way Jonathan Taylor has performed throughout the season, it’s hard not to consider him in the running for this year’s NFL MVP.

The Indianapolis Colts just ran through one of the best teams in the NFL when they took down the Arizona Cardinals. In the process of getting that 22-16 win, Jonathan Taylor thrust himself right into consideration for this year’s NFL MVP with another strong performance.

Taylor has been remarkable all season long, but another impressive showing does a lot to help his shot at being presented the honor. Of course, one thing that definitely helps an individual’s case with something like this is some positive media exposure.

Taylor got just that with the way the NFL Network highlighted just how good he’s been this year.

So far this season, Taylor has run for 1,625 yards and 17 touchdowns. That’s a solid showing.

On top of all of that, the Colts are able to find ways to win when Taylor finds success. The Colts happen to be 9-0 when Taylor runs for at least 100 yards in a game. If he doesn’t break that 100-yard mark, then Indianapolis loses. This season, the Colts are 0-6 in those games. Taylor is essentially pushing his team forward.

As he thrives, the rest of his team thrives.

Taylor’s MVP case is impressive. He’s going to have a hard time actually winning the award because of the value that some put on running backs in today’s NFL along with the comparisons that some will make to what Derrick Henry was accomplishing earlier this season.

But still, what Taylor is doing is impressive. It’s hard not to look at all that he’s done for Indianapolis this season and appreciate his accomplishments.