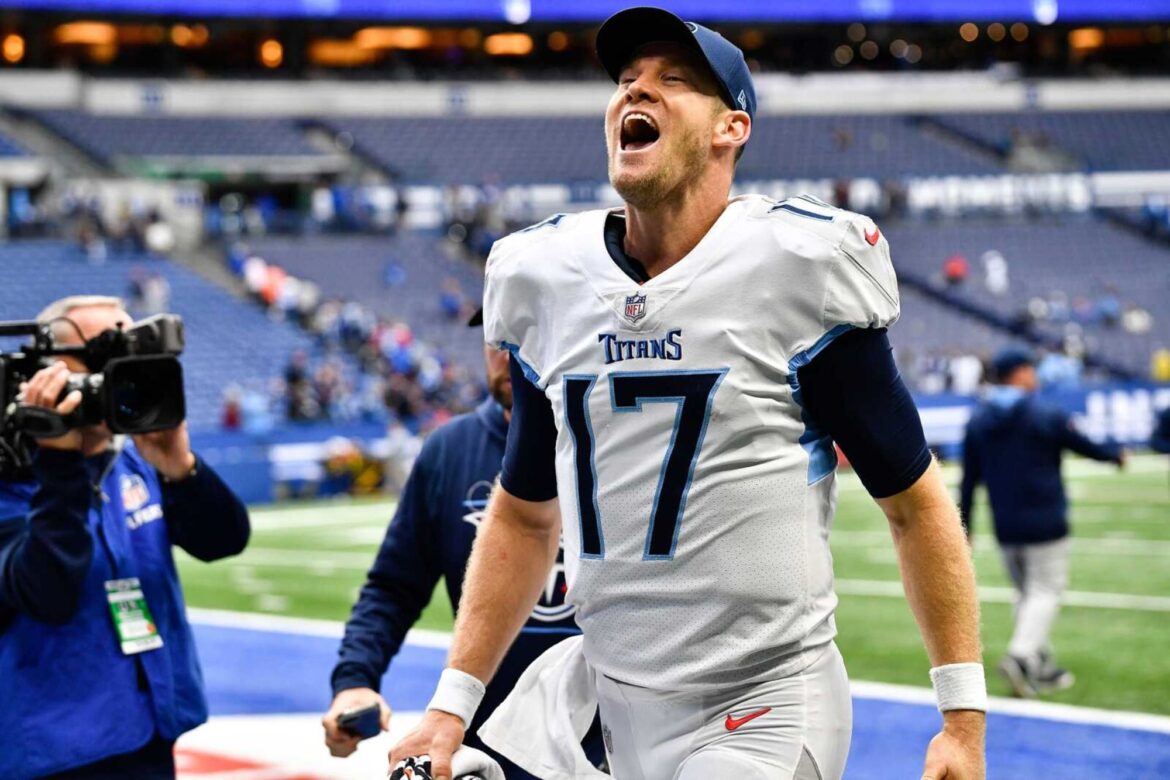 With Week 9 set to conclude after Monday Night Football, here is how the NFL playoff picture looks thus far.

The NFL has almost reached its halfway point following Sunday’s slate of games, with the only contest remaining being on Monday night between the Chicago Bears and Pittsburgh Steelers. If the Sunday games showed us anything, there is no clear cut favorite to win the Super Bowl, especially in the AFC.

With the league at the halfway point, just what does the playoff picture look like right now? Here is how the Wild Card round would look like if the results hold, which you can view in ESPN NFL insider Adam Schefter’s tweet below:

At the midway point of the NFL season, here would be the current Wild-Card Weeknd matchups:

No. 1 seeds on bye: Cardinals, Titans.

NFL Playoff picture at the halfway point of the season

The Titans hold the top seed in the AFC following their statement win over the Los Angeles Rams on Sunday night. Even without running back Derrick Henry, the team coasted to a 28-16 win over the Rams in Inglewood.

After that, the playoff spots are far from locked for any team. The Baltimore Ravens are the only six-win team in the conference, with the rest of the field stuck at five. The Buffalo Bills, who many thought were the favorites to represent the AFC in the Super Bowl, had an embarrassing, 9-6 loss to the Jacksonville Jaguars, where they could not even get in the end zone!

The Los Angeles Chargers remain at the top of the AFC West, but they had to squeak out a win against the Philadelphia Eagles in the final seconds.

From there, the Las Vegas Raiders (5-3), Pittsburgh Steelers (4-3) and New England Patriots round out the playoff picture.

The top seed in the NFC belongs to the Arizona Cardinals (8-1). After not having Kyler Murray, DeAndre Hopkins and A.J. Green available for Week 9 against the San Francisco 49ers and losing Chase Edmonds earlier in the game, the Cardinals won 31-17 with Colt McCoy starting under center and James Conner accounting for three touchdowns.

The Green Bay Packers (7-2) fall to the second seed following their 13-7 loss to the Kansas City Chiefs with Jordan Love getting his first career start with Aaron Rodgers sidelined due to COVID-19. The Tampa Bay Buccaneers rose up to the third-seed on the bye week, thanks in part to an embarrassing loss by the Dallas Cowboys (6-2) to the Broncos.

Rounding out the playoff picture are the presumptive Wild Card teams in the Rams (7-2), New Orleans Saints (5-3) and the Atlanta Falcons (4-4)! Who had the Falcons being in a playoff spot in Week 9? We guarantee not that many.