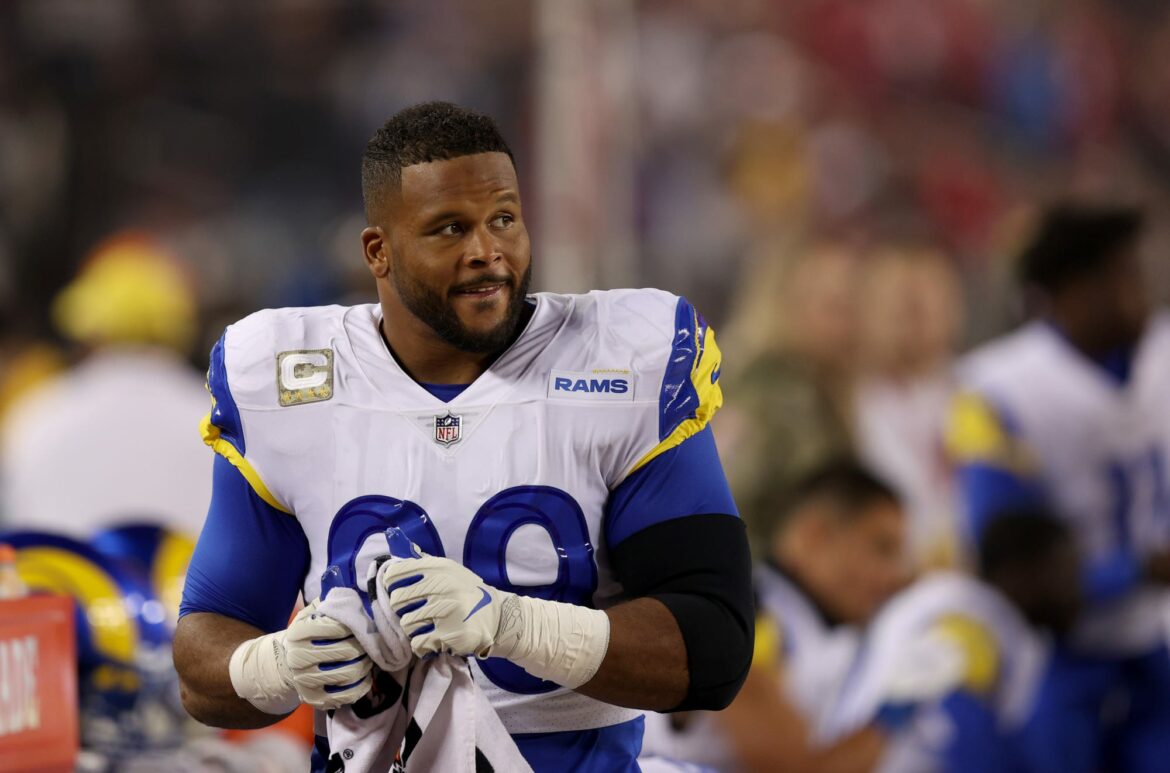 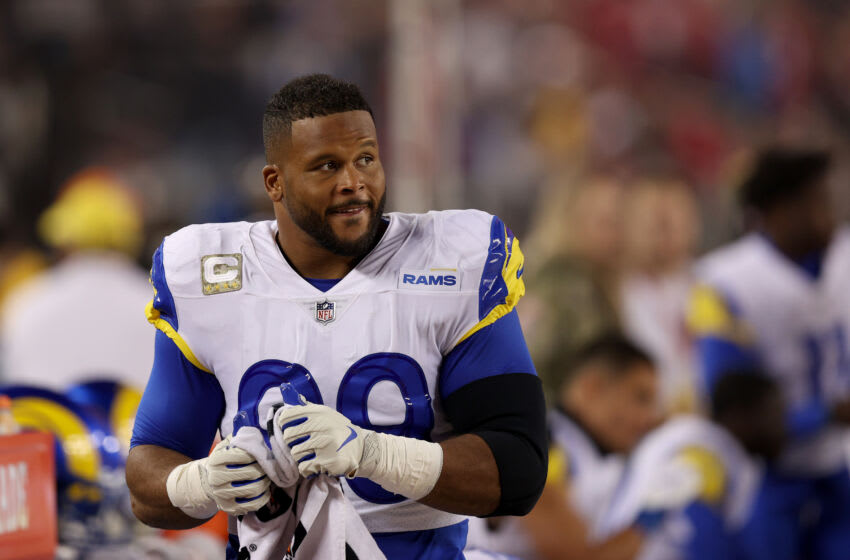 SANTA CLARA, CALIFORNIA – NOVEMBER 15: Aaron Donald #99 of the Los Angeles Rams stands on the sidelines during their game against the San Francisco 49ers at Levi’s Stadium on November 15, 2021 in Santa Clara, California. (Photo by Ezra Shaw/Getty Images)

A flag wasn’t thrown on the field, but that didn’t mean the NFL missed Aaron Donald choking another player last weekend.

Donald was caught in literal 4K by FOX’s cameras choking Packers lineman Lucas Patrick during last week’s Rams-Packers game at Lambeau. It wasn’t something that the broadcast circled back to later in the game after the choke had gone viral on Twitter, rather it was pretty immediately clear that Donald had choked another player during a play.

Both Joe Buck and Troy Aikman commented on the choke as soon as it happened with FOX showing multiple replays right away. Despite the obviousness of the choke for at-home viewers, officials on the field missed the call and there were no flags thrown.

That doesn’t mean Donald got away with it, however.

NFL Network’s Tom Pelissero revealed on Sunday that the league has fined Donald $100,000 for the choke.

There will not be any further punishment in the form of missed games for Donald. The missed call is another blight on a terrible season of officiating for the NFL, but it didn’t end up meaning much as far as the outcome of the game was concerned. Green Bay comfortably beat Los Angeles, and now the Packers are close to regaining control of the NFC playoff picture down the stretch of the season.

Los Angeles not losing Donald for any games is huge, as every matchup is meaningful for the Rams from here on out. With a 7-4 record, the Rams are still in the NFC playoff picture but are only a single game ahead of the San Francisco 49ers in teh NFC West. The wheels have no doubt been wobbling for the Rams after a hot start to the season, and the task now becomes making sure they don’t come flying off in the 11th hour.