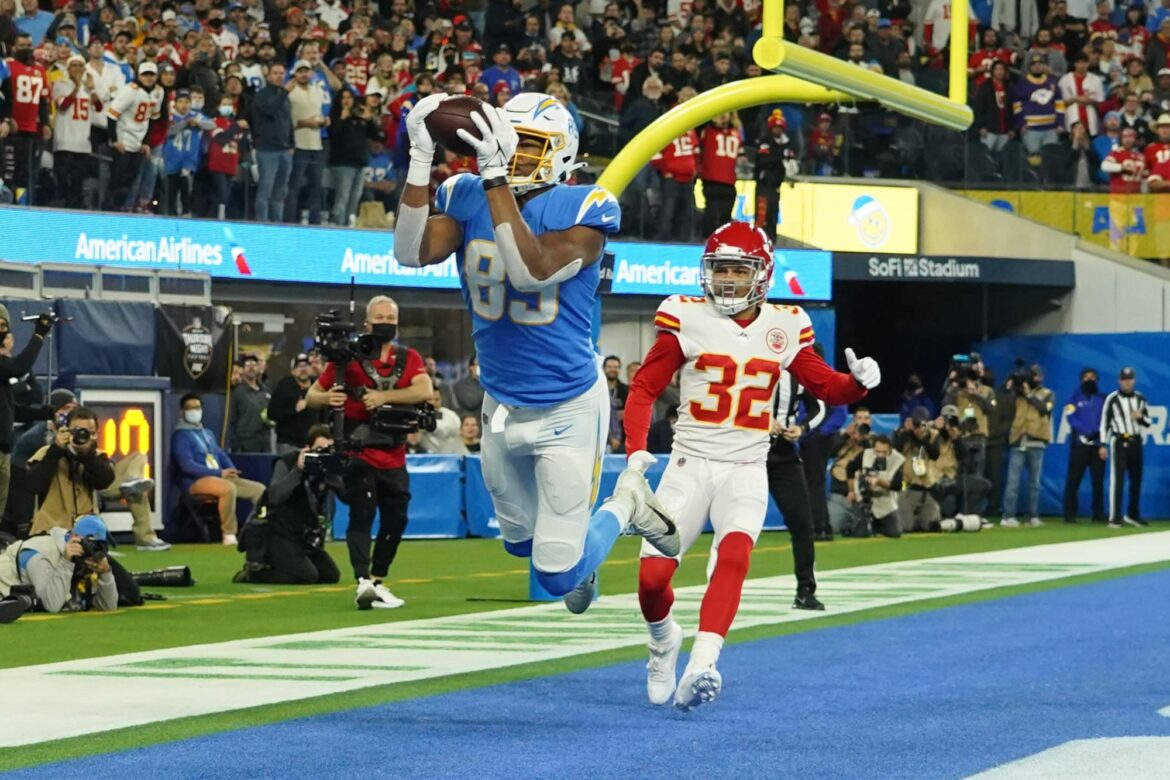 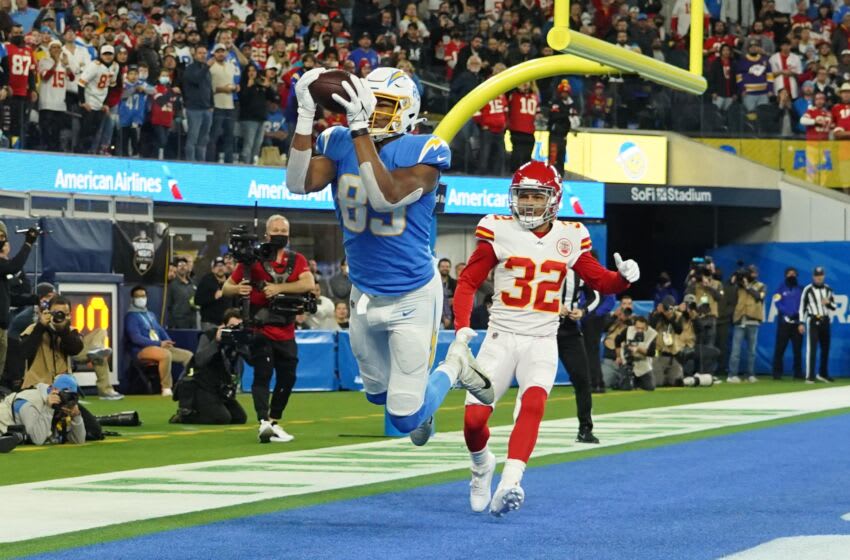 During the Thursday Night Football matchup between the Kansas City Chiefs and Los Angeles Chargers, the Fox broadcast made some questionable choices.

The Thursday Night Football matchup between the Kansas City Chiefs and Los Angeles Chargers could not have started any worse. On fourth and goal, Justin Herbert passed the ball to Donald Parham, who dropped the pass. However, that became of little concern as Parham hit the ground extremely hard and began seizing up.

SoFi stadium went silent for the next several minutes as medical staff evaluated Parham, finally choosing to load him on a stretcher and cart him to the tunnel.

The Chiefs and Chargers game would continue after this scary injury, although the injury and scene afterward would clearly have a mental impact on all of the players.

The FOX Broadcast decided this was their opportunity to be despicable

The FOX cameraman nearest Parham initially had an angle of Parham’s face right after the drop, which was shown on the broadcast. This would not have been that bad of a problem as neither the cameraman nor the broadcast team could have known the severity of the injury.

However, things began going downhill when the broadcast began using close-up camera angles of Parham’s face after the injury. They also showed him on the stretcher for an extended time while he was being carted to the back.

NFL Twitter took exception to this, as they should have.

What we didn’t need, FOX, was an up-close slow-mo of Parham being carted off the field. Disgusting decision to air that.

Hope Donald Parham is okay, that was terrifying. And that camera zoom on him unconscious was horrible.

Can we stop seeing shots of Parham on the stretcher please

Did Fox seriously just show a slow-motion replay of Donald Parham seizing while being stretchered off? Are you kidding me?

Joe Buck would also make some extremely questionable comments about the severity of the injury and the shots of Parham’s body during the broadcast which would draw further criticism from Twitter. After just a few minutes in the back of SoFi stadium, Parham was taken to a local hospital for further evaluation of his injury.