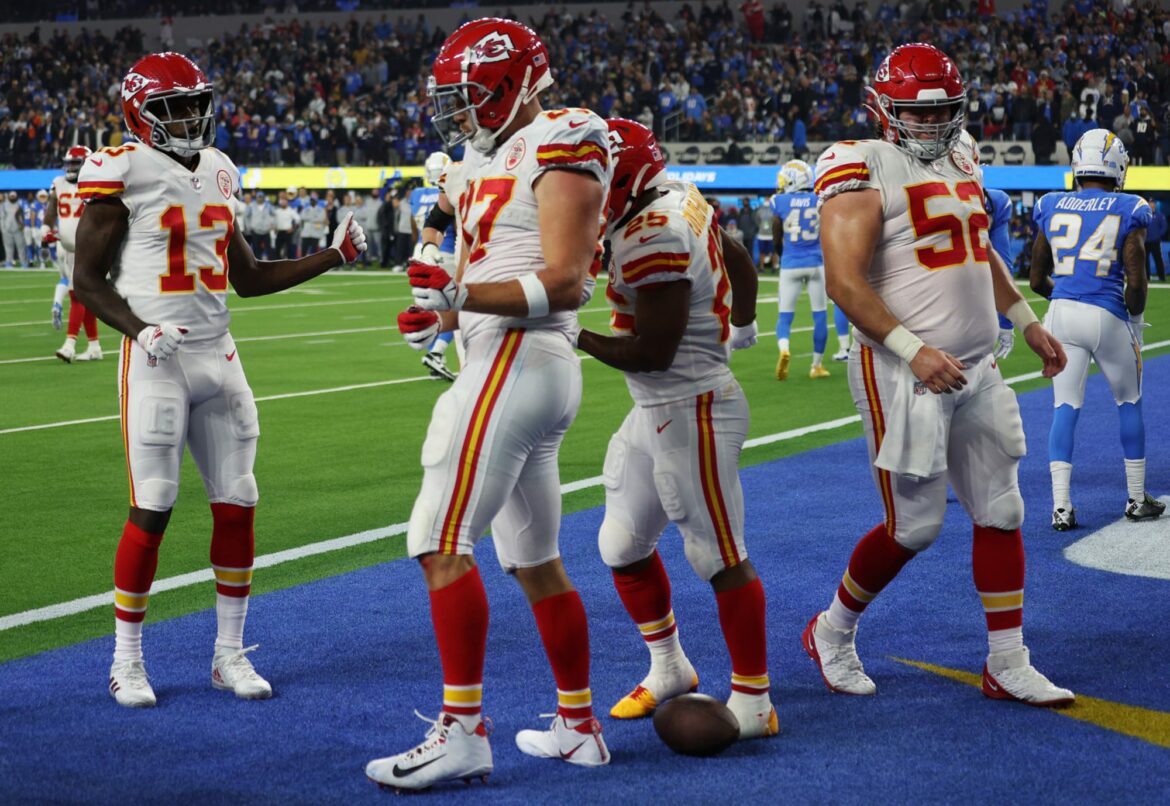 The Week 15 edition of Thursday Night Football featured a battle for the AFC West crown. The Kansas City Chiefs looked to retain their throne against the Los Angeles Chargers, who sat just one game behind them in the standings. Even though the game was back-and-forth, especially in the fourth quarter, it was the Chiefs that emerged victorious.

Kansas City wasted no time in overtime, as quarterback Patrick Mahomes threw a pass to tight end Travis Kelce, who ran through the entire Chargers defense to score the walk-off touchdown. Despite a valiant effort by the Chargers, the Chiefs walked out of SoFi Stadium with the 34-28 victory.

Twitter users reacted to the huge win by the Chiefs, who now sit atop the AFC standings after the game.

MASSIVE win for the Chiefs

You come at the kings(of the west), best not miss(out on points near the end zone). Chiefs likely lock up 6th straight division crown.

Mahomes – Hill – Kelce showed up when it mattered MOST! Great game. Great win for the Chiefs

Travis Kelce be getting wide open against defenses like he’s not one of the greatest TE’s EVER!!!

He’s one of the greatest route runners at the Tight End position the game has ever seen. #Chiefs

The game really reached the next level in the fourth quarter. The Chargers took a late 28-21 lead on a Justin Herbert pass to Keenan Allen, but left over two minutes on the board for Mahomes and the Chiefs. Sure enough, Kansas City tied things up after Mahomes hit Kelce for the seven-yard, game-tying touchdown.

Kelce’s big game was solidified with his overtime winning score. The veteran tight end scored two touchdowns on the night and recorded a career-high 191 receiving yards in the victory.

Of course, we can not forget the quarterbacks of both the Chiefs and Chargers, who both shined under the bright lights at SoFi Stadium. Mahomes completed 31-of-47 pass attempts for 410 yards, three touchdowns and one interception. Herbert threw 38 passes, where he completed 22 of them for 236 yards, two touchdowns and one interception. Additionally, the Chargers second-year quarterback ran for 16 yards and a touchdown on five carries.

The Chiefs are now on a seven-game winning streak, and will enjoy the extra rest ahead of their Week 16 matchup against the Pittsburgh Steelers. The Chargers look to get back in the win column next week when they play the Houston Texans.