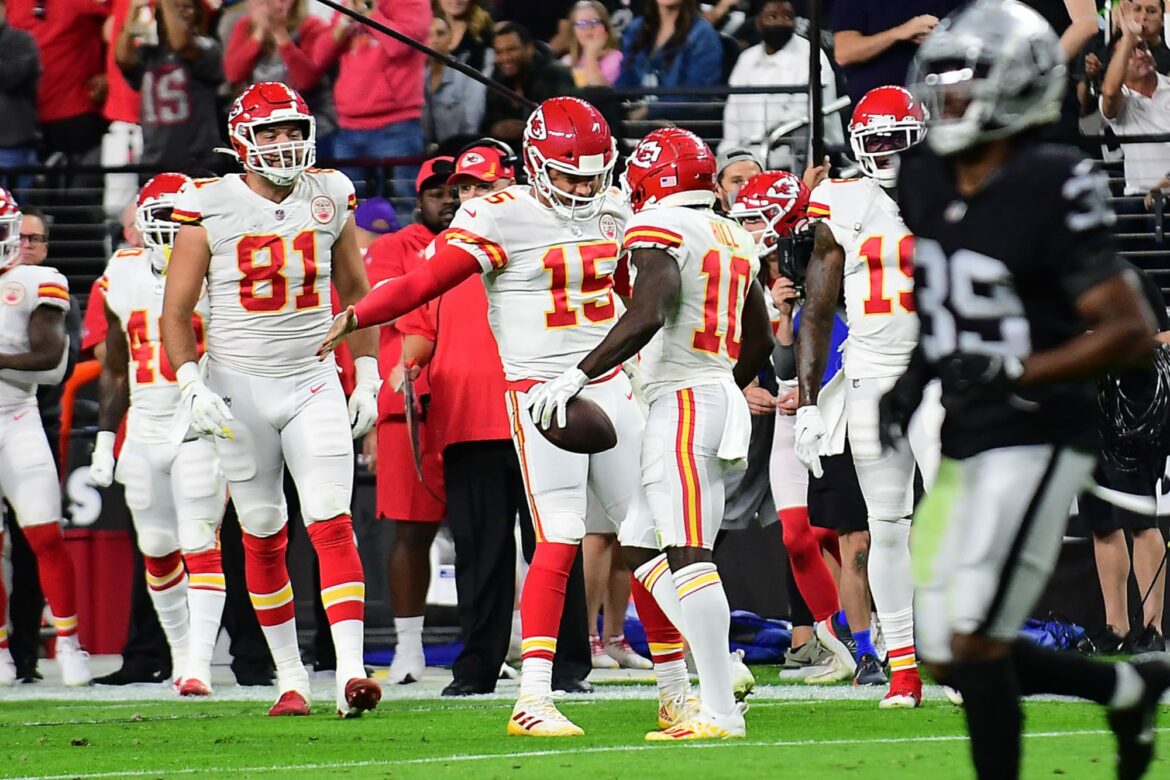 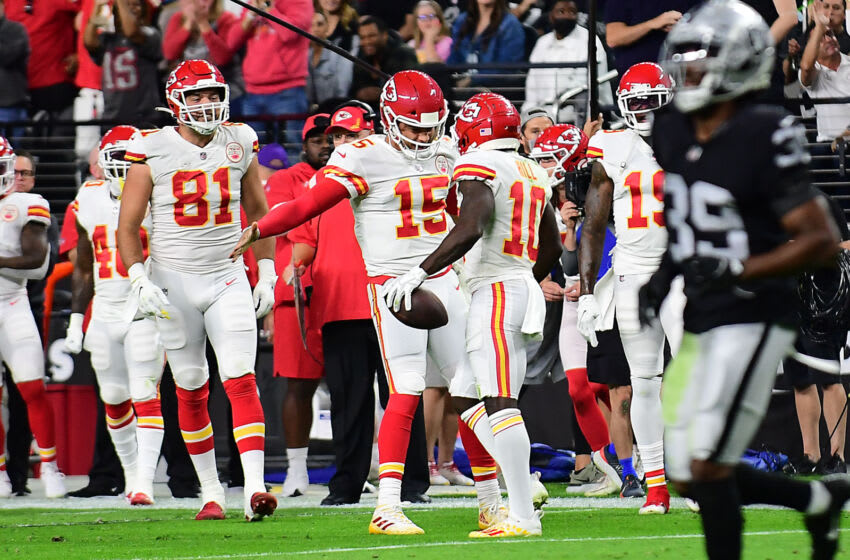 Kansas City needed a win over the Raiders to go top in the AFC West. Thanks to rout, they had NFL Twitter declaring the Chiefs and Patrick Mahomes “back.”

The Chiefs have been all out of sorts this season. The defense has been vulnerable. The offense has looked stale. Patrick Mahomes has seemed human.

So the NFL should maybe be a bit nervous about what they did to the Raiders on Sunday night. They looked more like their old, dominant selves than they have all year.

By the time the 41-14 blowout was complete, Kansas City was sitting on top of the AFC West and NFL Twitter was ready to make some declarations about the team.

NFL Twitter thinks the Chiefs and Patrick Mahomes are “back”

Are the Chiefs “back?” It sure felt like it as the offense clicked and the defense, particularly the defensive front, came to play.

On a day where several players/teams were “back,” it’s the Chiefs like look like they’re the most back of all

The #Chiefs were 3-4 and last place in the AFC West after 7 weeks.

Today, just 3 weeks later, they’ll be the only AFC West team with 6 wins and are firmly leading the division.

Simply put, #ChiefsKingdom is back!

Are the Chiefs back….or are the Raiders back?

Is Mahomes “back?” Just ask his five touchdowns and 406 yards.

Not surprised by what we are seeing tonight. Chiefs are just going back to the basics especially Mahomes. Knew they’d get it figured out at some point because there just too good not too!

BTW, the D, is improving as well! 👊🏽#chiefs #chiefskingdom https://t.co/uAQdWWkkge

In college football, teams like Texas and USC are often declared “back” prematurely. So the whole “back” meme often doesn’t end well.

Andy Reid and his team control where they go from here. The real test is waiting just around the corner. The Raiders are no cakewalk at Allegiant Stadium but they’re also not a real contender. The Cowboys are.

The Chiefs will host them at Arrowhead next weekend in a showdown between Mahomes and Dak Prescott. Then the whole “back” question will truly be answered.