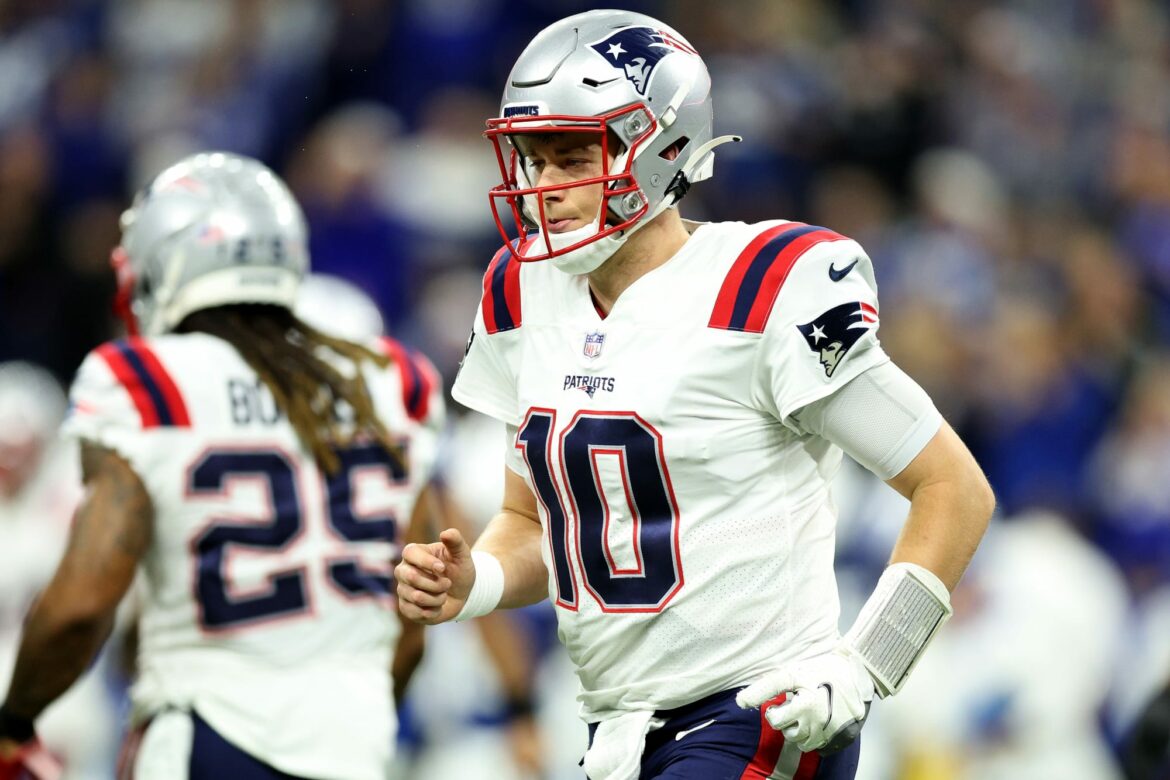 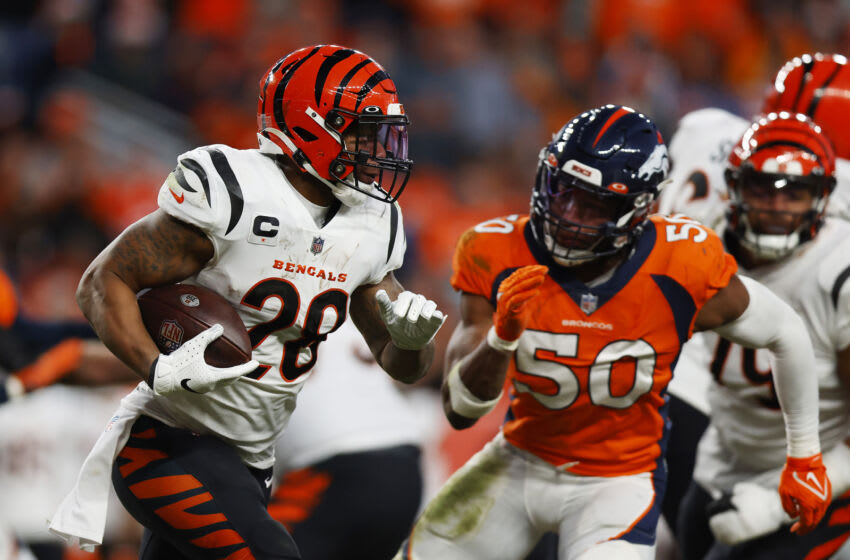 DENVER, COLORADO – DECEMBER 19: Joe Mixon #28 of the Cincinnati Bengals runs the ball while being chased by Jonas Griffith #50 of the Denver Broncos during the fourth quarter at Empower Field At Mile High on December 19, 2021, in Denver, Colorado. (Photo by Justin Edmonds/Getty Images)

The Arizona Cardinals and New England Patriots are among the NFL teams that should be on upset alert in Week 16.

The NFL’s regular season is winding down and the playoff picture is still crazy in Week 16. Only one playoff spot has been clinched at this point courtesy of Green Bay locking up the NFC North, meaning nearly every game has playoff significance down the stretch, which is unheard of in the NFL.

Managing the country’s COVID surge and staying on task ahead of the holidays is critical to avoiding upsets, something that cost the Tennessee Titans dearly last week when they lost to the Pittsburgh Steelers and squandered a chance to secure the AFC’s top seed. Let’s look at three more teams that could be in danger of getting upset in Week 16, with all odds referenced in this story provided courtesy of the FanDuel Sportsbook.

No division in the NFL speaks more to the parity of this season than the AFC North, where all four teams are at least .500 and separated by just one game in the standings. The current leader is the Cincinnati Bengals, who improved to 8-6 with a win over the Denver Broncos in Week 15.

The Bengals are one of the NFL’s most surprising teams and are hanging onto first place thanks to a head-to-head tiebreaker against the Baltimore Ravens, who they beat at M&T Bank Stadium back in Week 7. The teams meet again in Cincinnati on Sunday with FanDuel setting the Bengals as 2.5 point favorites.

This game is a dangerous one for the Bengals since Baltimore is a more desperate team after dropping three straight games to fall from contending for the AFC’s top seed to out of the playoffs entirely if the season were to end today. Lamar Jackson also could be back for the Ravens this week, who are highly motivated to avenge their embarrassing 41-17 defeat and could easily beat the Bengals if Cincinnati isn’t up to the challenge of this moment.