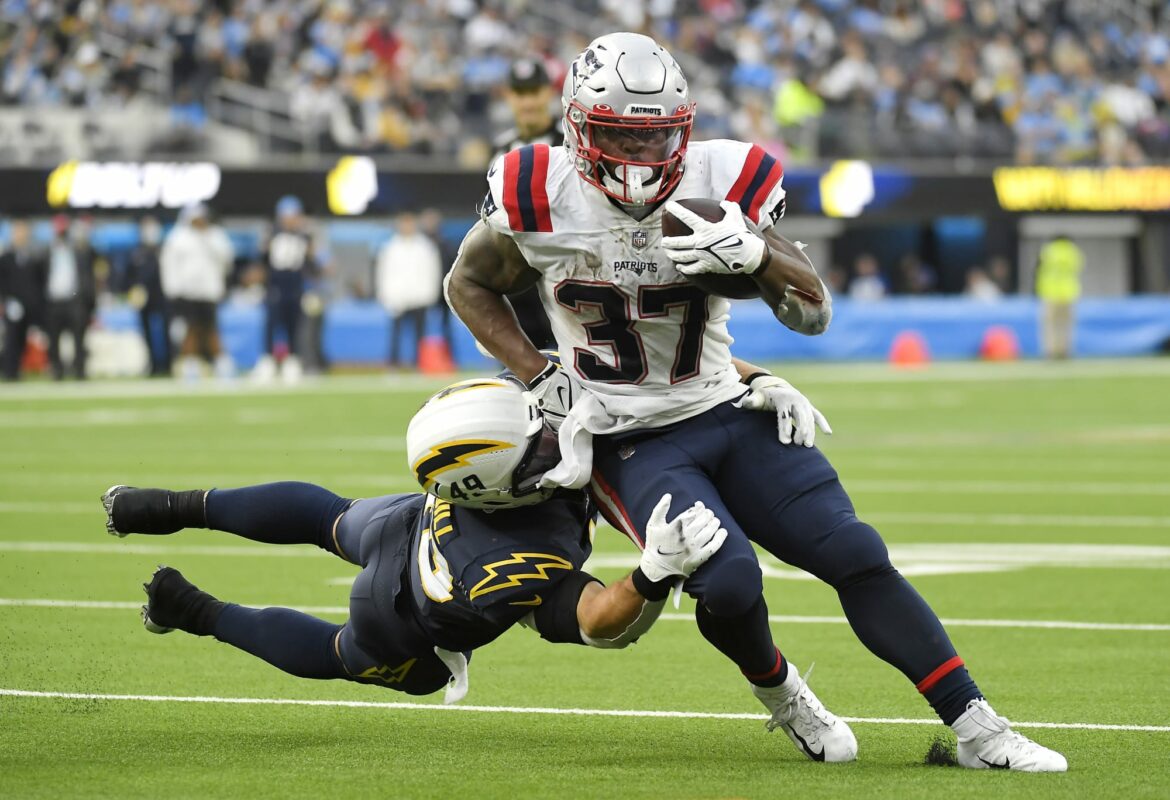 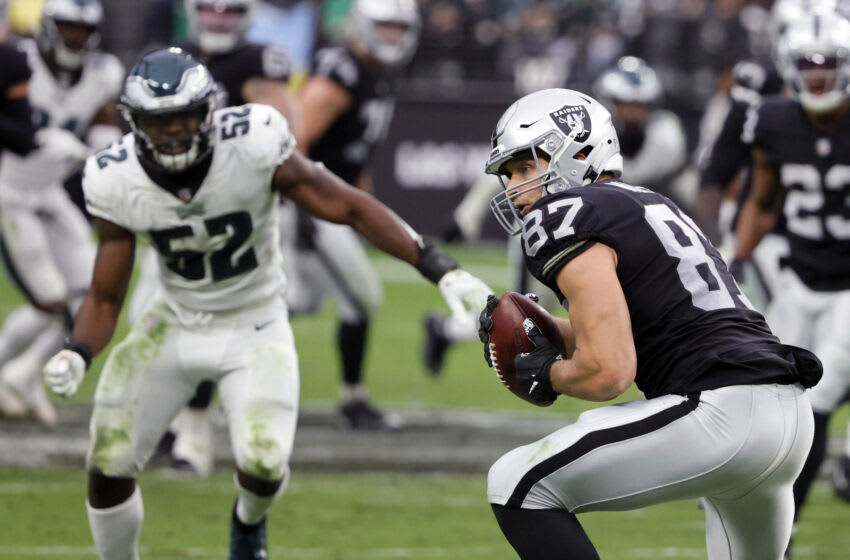 LAS VEGAS, NEVADA – OCTOBER 24: Tight end Foster Moreau #87 of the Las Vegas Raiders catches a pass for a 21-yard play ahead of linebacker Davion Taylor #52 of the Philadelphia Eagles during their game at Allegiant Stadium on October 24, 2021, in Las Vegas, Nevada. The Raiders defeated the Eagles 33-22. (Photo by Ethan Miller/Getty Images)

The New England Patriots and Cincinnati Bengals are among the NFL teams on upset alert in Week 9.

We’re nearly halfway through the NFL season and it feels like there is little clarity on what exactly is happening in the AFC playoff race. The conference has become a minefield since the Kansas City Chiefs have fallen back to the pack, creating a power vacuum that no one has really seized yet to become the class of the AFC.

It makes sense that all three of this week’s upset alert picks are coming from the AFC since it is truly hard to tell which teams are for real and which are simply paper tigers. All odds referenced in this story come courtesy of the FanDuel Sportsbook.

3. NFL teams that should be on upset alert in Week 9 – Las Vegas Raiders

Having a bye in Week 8 was a great thing for the Las Vegas Raiders since they got to stay out of the fray while more chaos enveloped the league. The Raiders have been a pleasant surprise this season, jumping out to a 5-2 start despite having to weather the controversial departure of head coach Jon Gruden.

A closer look at the Raiders’ resume, however, reveals little of substance aside from topping the Baltimore Ravens in their home opener in Week 1. Las Vegas is in a good spot this week, hitting the road as three-point favorites against the New York Giants, but that game may not be as easy as it appears.

The Giants gave the Chiefs everything they could handle on Monday night, self-destructing late to cost themselves a chance to pull a monumental upset on the road, but they arguably should be at least a .500 team instead of 2-6. The Raiders have also had their issues traveling east in recent memory, notably struggling against the New York Jets at MetLife Stadium in each of the past two years, a trend that could leave them vulnerable to getting picked off if they take the Giants lightly.