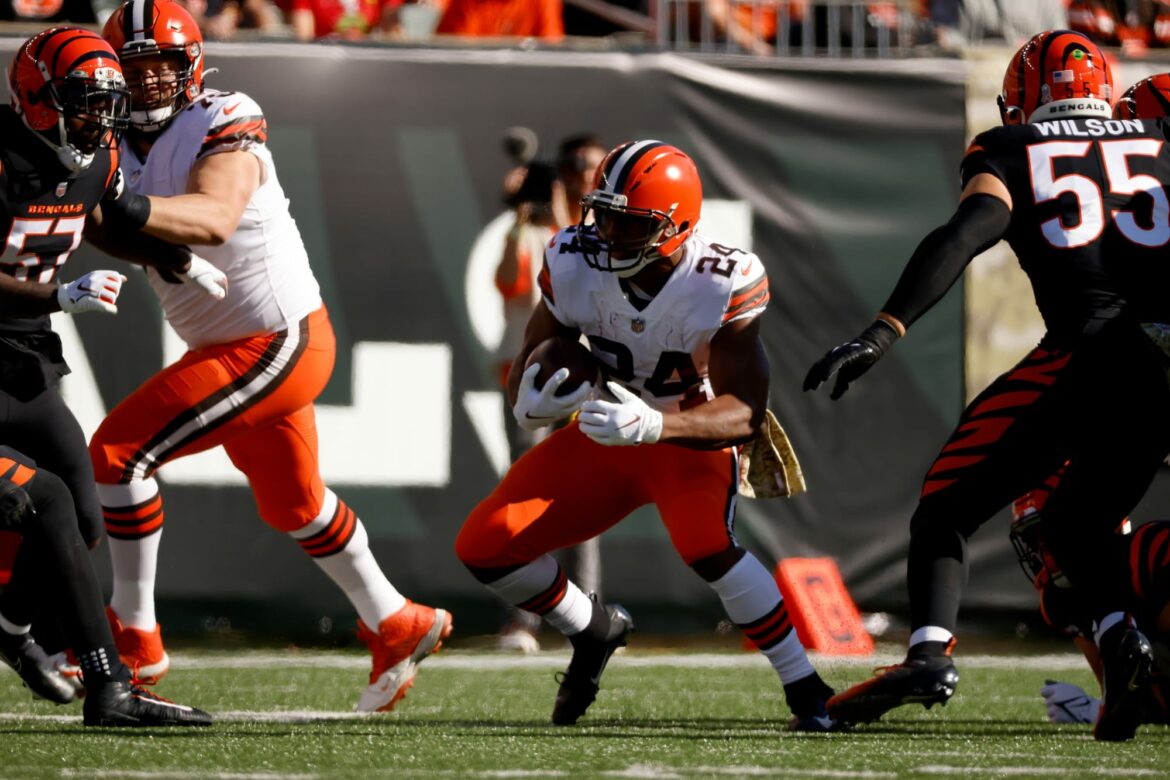 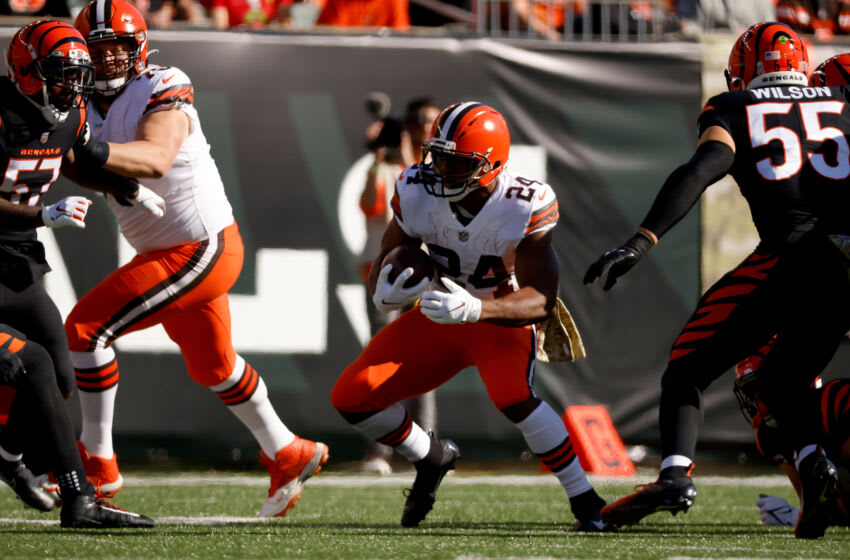 CINCINNATI, OH – NOVEMBER 07: Nick Chubb #24 of the Cleveland Browns runs with the ball during the game against the Cincinnati Bengals at Paul Brown Stadium on November 7, 2021 in Cincinnati, Ohio. (Photo by Kirk Irwin/Getty Images)

Yankees: 3 free agents to sign and 1 to avoid this offseason by Rucker Haringey

Star Cleveland Browns running back Nick Chubb tested positive for COVID-19 this week, but he could end up playing on Sunday because he’s vaccinated.

Some concerning news arrived for the Cleveland Browns on Tuesday, with NFL insider Adam Schefter reporting that Nick Chubb has tested positive for COVID-19. However, unlike Aaron Rodgers, he may not be forced to miss a game because he’s vaccinated.

Due to NFL protocols, he needs two negative tests 24 hours apart leading up to Sunday to suit up. So, there’s still a chance Chubb could be good to go to face the New England Patriots at Gillette Stadium.

Both players are vaccinated, thus their status for Sunday’s game against New England remains in question. Each player would need two negative tests 24 hours apart to play.

In addition to Chubb, Demetric Felton also tested positive. He is also vaccinated, which means he could potentially play on Sunday as well. If both players can’t go, then D’Ernest Johnson would be in line to get the start against the Pats because Kareem Hunt is on injured reserve.

Johnson got the start in Week 7 against the Broncos with Chubb sidelined and carried the ball 22 times for 146 yards and a touchdown in the win.

Browns also had another RB, John Kelly, go on the COVID-19/reserve list Monday. So with Kareem Hunt currently on injured reserve due to a calf injury, Cleveland is down to just one running back at the moment, D’Ernest Johnson.

Right now, it’s completely up in the air if both Chubb and Felton, plus John Kelly, will be able to play against New England.

Chubb has missed two games this season due to a calf injury, but that hasn’t stopped him from being his usual brilliant self. In seven starts, he has rushed for 721 yards and six scores.

The Browns will enter the Week 10 tilt holding a 5-4 record. They’re currently looking up to the 6-2 Ravens and 5-3 Steelers in the AFC North standings. The hope is that Chubb can play this weekend to help the team improve to 6-4.