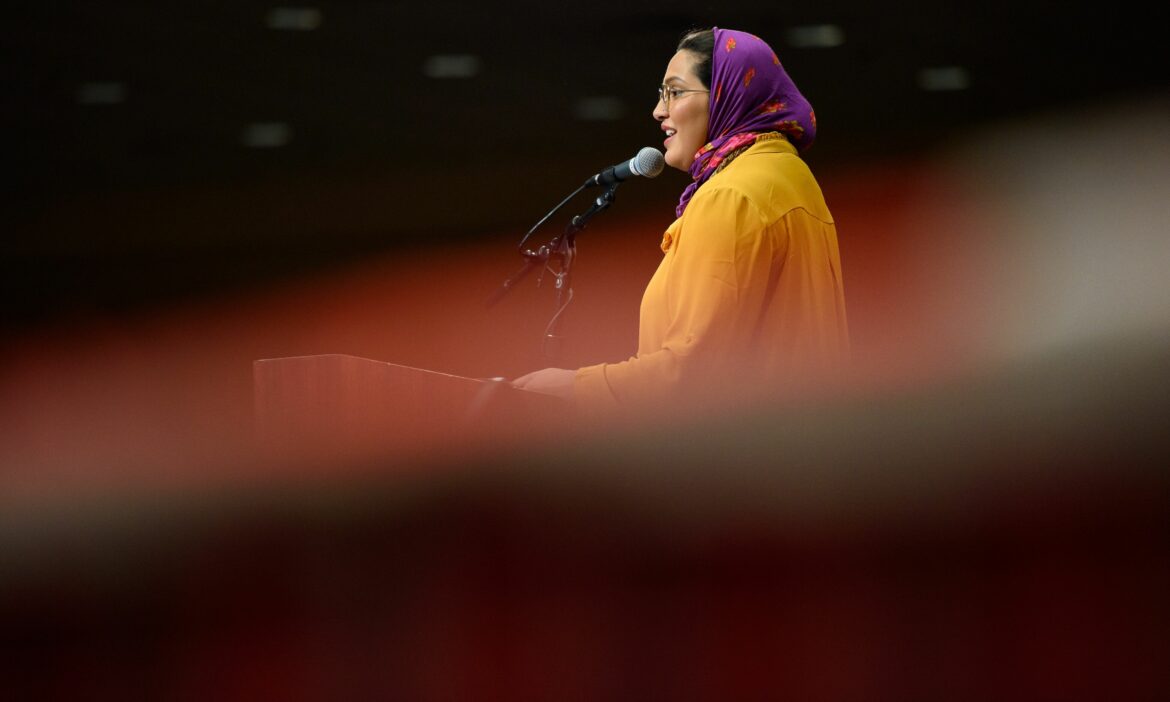 Nida Allam made headlines in March 2020 when she became the first Muslim woman to win elected office in North Carolina. Now, the 27-year-old Democrat and member of the Durham County Board of Commissioners has set her eyes on Washington, D.C., announcing Monday that she will run for Congress.

Allam is running for the seat that Rep. David Price, a Democrat who is retiring at the end of his term in 2022, has held almost continually since 1987. The 4th Congressional District includes Durham, Orange and surrounding counties and has long voted for Democrats; a controversial redistricting map released last week would reshape it into the 6th District.

If her next bid is successful, Allam would join Reps. Ilhan Omar (D-Minn.) and Rashida Tlaib (D-Mich.) as the third Muslim woman in Congress, and just the fifth Muslim overall when including Rep. André Carson (D-Ind.) and former Rep. Keith Ellison (D-Minn.).

Like her predecessors, Allam has faced Islamophobia during her rise in politics. But she hopes to usher in a more progressive agenda in her district by fighting against climate change and advocating for reproductive rights and a more inclusive Congress.

Born in Canada, Allam and her family moved to Cary, North Carolina, when she was 5. She graduated from the local public school system and earned a degree in sustainable materials and technology from North Carolina State University in 2015.

Allam planned to work in that field. But in February 2015, her friends and fellow students Deah Barakat, Yusor Mohammad Abu-Salha and Razan Mohammad Abu-Salha were gunned down in Chapel Hill. The incident was initially framed as a parking dispute, despite the victims’ families insisting the killings were a hate crime. During the 2019 sentencing of the shooter, law enforcement officials walked back that framing and acknowledged the Islamophobic and hateful nature of the murders.

“After we lost the Deah, Yusor, and Razan, and the way that it was immediately described as a parking dispute, that was what really triggered me,” said Allam. “Three of our brightest, best examples of what it means to be a proud Muslim American were murdered in the most brutal way and it was just pushed to the side as the parking dispute and minimized.”

“We can’t stand by and not be involved in politics and not speak up, because politics affects our lives every single day. If we don’t speak up and share our own stories, somebody else is going to write it for us,” she added.

Allam, who had grown up in an apolitical family, threw herself into politics. In December 2015, she turned down a position at a technology company and began to work with the Bernie Sanders campaign during his run for the Democratic nomination. Allam’s first stop was South Carolina, an experience she said came as a reality check as a Muslim woman in politics in the South.

While canvassing in small towns in South Carolina, people told her they had never met a Muslim before. People stared at her. Some conversations turned personal and hostile. During one incident, a man brandished a gun at her, forcing her to sprint back to her car in fear.

“I had obviously a lot of factors going up against me. I wore a hijab. I’m brown. I’m there for Democratic Socialist candidates,” she said. “It was really scary.”

Allam moved to Queens, New York, for a month before settling back in her home state in 2016. The following year, in January 2017, she was elected third vice-chairperson of the North Carolina Democratic Party and became the first Muslim to join the executive council, where she focused on outreach to communities of color and religious minority groups. A year later, she was appointed to the Durham Mayor’s Council for Women. And in 2020, she won a seat on the Durham County Board of Commissioners, making her the state’s first Muslim female elected official.

But as Allam ascended in local and state politics, the Islamophobia was always there. Her social media pages were flooded with anti-Muslim messages, telling her to go back to where she came from or calling her a “rag head” because of her hijab.

“When I was running for county commission, there were still people in Durham who hated me. I was constantly getting messages from people from all across the state and even across other countries,” said Allam. “As soon as they saw that a Muslim person was running, they’re like, this is our punching bag.”

“I’m young. I’m a person of color. I’m an immigrant, I’m Muslim. All of those things open me up to attacks.”

Allam’s experience is not uncommon. In 2018, when nearly 90 Muslims ran for public office nationwide as part of the “Muslim blue wave,” there was an increase in anti-Muslim hate in political campaigns. Candidates described being targeted by an onslaught of anti-Muslim bigotry, including smear campaigns and harassment. Right-wing websites falsely accused Muslim candidates of having ties to terrorism and extremism and questioned their loyalty to the American public ― tactics still used against Omar and Tlaib.

“As a woman, you’re targeted for everything, but that shouldn’t be the case. Being the first Muslim woman is also important to me to make sure it’s easier for the next generation and for the next woman,” said Allam. “I’m young. I’m a person of color. I’m an immigrant, I’m Muslim. All of those things open me up to attacks that honestly no other candidate in this race is going to be attacked at that level.”

But Allam says she is prepared, and hopes that voters see her credentials in state politics as a testament to the issues she cares about, including advocating for Medicaid for All, the Green New Deal, police reform and expanding protections for reproductive rights.

The primary isn’t until March 8, 2022, and candidates will file for office in December. As of Tuesday, only one other candidate, state Sen. Wiley Nickel, has announced an intent to run for the seat. Allam said her campaign raised $115,000 in donations pledged in the first 24 hours after she announced.

Even if she doesn’t win, Allam said she hopes her run will make it easier for the next Muslim woman who decides to run for a congressional seat in the South.

“One of the things that I’ve constantly been told throughout my political career has been to wait my turn,” said Allam. “But now, as someone who’s been elected to office, who has been organizing for years, I realized no one has the right to tell you when your turn is. If you are putting in the work and care about your community, it’s your turn to step up and lead.”