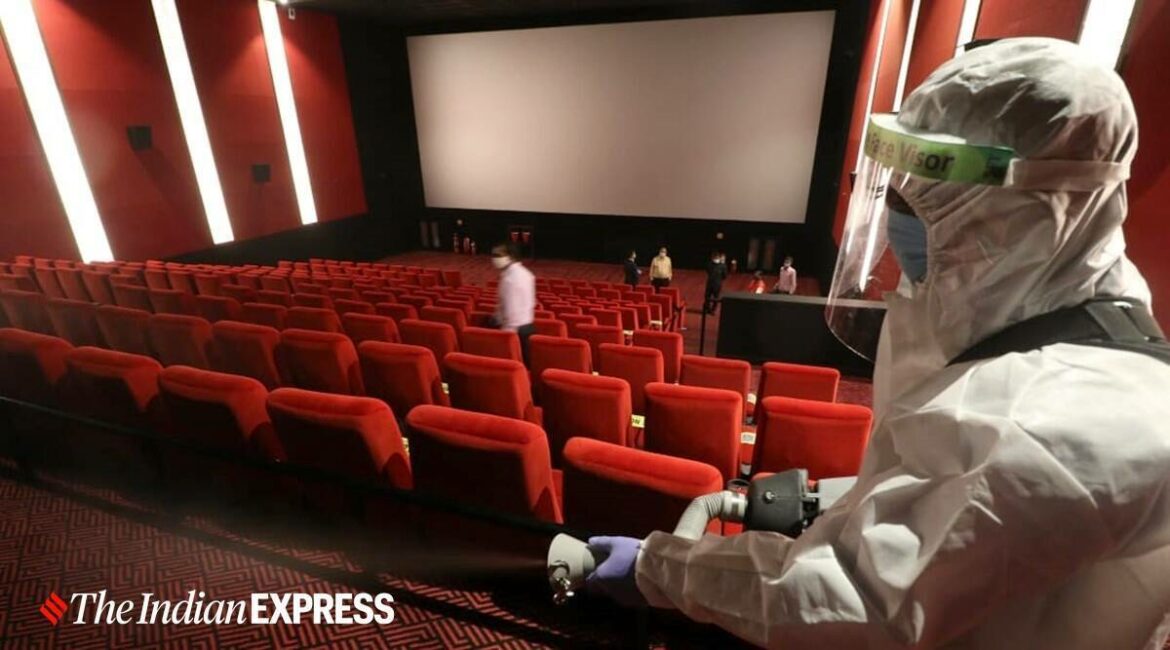 Cinema turnstiles are beginning to turn again with biggies such as Akshay Kumar’s Bell Bottom lined up for release, and industry insiders, hopeful but wary, say they are only too conscious that the road to economic recovery is riddled with uncertainties in Covid times.

As Covid numbers dip in parts of the country, Delhi has allowed theatres to open at 50 per cent capacity. Several states, including Madhya Pradesh, West Bengal, Rajasthan, Punjab, Gujarat and Andhra Pradesh, have also permitted cinemas to resume operations.

“We are eagerly waiting to see theatres reopen with full capacity. That said, we also acknowledge the uncertainty of the current situation. As the adage goes, health is wealth — and it is all the more important now,” said Dharma Productions CEO Apoorva Mehta.

“The extensive vaccination drive being carried out across the world is a ray of hope and optimism. As and when the majority of the population is fully vaccinated, the sense of safety and assurance of stepping out will return,” an optimistic but cautious Mehta told PTI.

Distributors and producers have announced the release of a slate of films this month. Bollywood superstar Akshay Kumar on Monday said his film Bell Bottom would release in cinema halls on August 19 in 3D and 2D, the first film to have a theatrical release since the second wave of the coronavirus pandemic forced shut cinema halls in April.

The Ranjit M Tewari-directed thriller, also starring Vaani Kapoor, Lara Dutta and Huma Qureshi, was originally scheduled to release in April this year but was postponed to July 27 due to the second wave.

Reliance Entertainment Group CEO Shibasish Sarkar, who is awaiting the release of two big films from his stable, Sooryavanshi and 83, said long-term planning may not work.

Given the unpredictable nature of the pandemic– the second Covid wave hit India hard in April-May– it is futile to worry about the release of these two tentpole movies, Sarkar said.

“You can worry about something only if things are in your control. No one has clarity and let’s start accepting that for a situation that is much larger, people have to be flexible and agile and if there is a situation then we have to make quick calls and there has to be backup calls,” he said.

Jayantilal Gada of Pen Studios, which is distributing Bell Bottom as well as Alia Bhatt-starrer Gangubai Kathiawadi, RRR and Attack, said these films will release theatrically.

“We are hopeful about the future. Both the central and state government are doing their bit to contain the spread of the virus. They will give permission to reopen when they feel the situation is normal and safe,” Gada told PTI.

“We are also trying to understand what is happening in which state and then accordingly we will make announcements. I am hopeful business will be more once we return to normalcy, mainly because people have been devoid of family outings during the pandemic,” he said.

It has been more than a year since the theatrical business came to a standstill with the pandemic forcing cinema halls and other crowded places to down their shutters in March last year.

Exhibitors and trade pundits have expressed happiness over the resumption of cinema halls but they feel theatres need to open in Maharashtra as it is the hub of the entertainment sector.

Multiplex Association of India (MAI) on Tuesday urged Maharashtra Chief Minister Uddhav Thackeray to allow theatres to reopen in the state, which is home to the Hindi film industry.

Government of Maharashtra’s decision to keep Cinemas closed is hugely disappointing news for the entire Film Industry. This comes at a crucial time when the Industry has received permission to reopen from all major States, and is trying to recover from the devastating pandemic.

The MAI said the decision of the Maharashtra government to keep the cinema halls closed even as other major states have allowed the resumption of operations was “disappointing”.

“Government of Maharashtra’s decision to keep Cinemas closed is hugely disappointing news for the entire Film Industry. This comes at a crucial time when the Industry has received permission to reopen from all major States, and is trying to recover from the devastating pandemic,” the association said in a tweet.

Exhibitor Akshaye Rathi said Maharashtra was too crucial a state for the producers and studios to ignore. Trade analyst Taran Adarsh said the Maharashtra circuit contributes 40 to 45 per cent of all India business for movies.

“Till the time this circuit doesn’t open, no big films will be released,” Adarsh told PTI.

The reopening up of theatres in some states, however, is a hopeful sign, Rajender Singh Jyala, chief programming officer, INOX Leisure Ltd, said.

“With some Hollywood movies, the industry would get a perfect launching pad, which would prove decisive for making a remarkable comeback. At the same time, we are absolutely sure that we are one blockbuster away from witnessing the pre-Covid cinema enthusiasm. Movies, which were released after the first wave, like Tamil hit Master and Telugu movies Krack and Jathi Ratnalu, proved that great content would do phenomenally well, even in restricted seating scenarios,” Jyala told PTI.