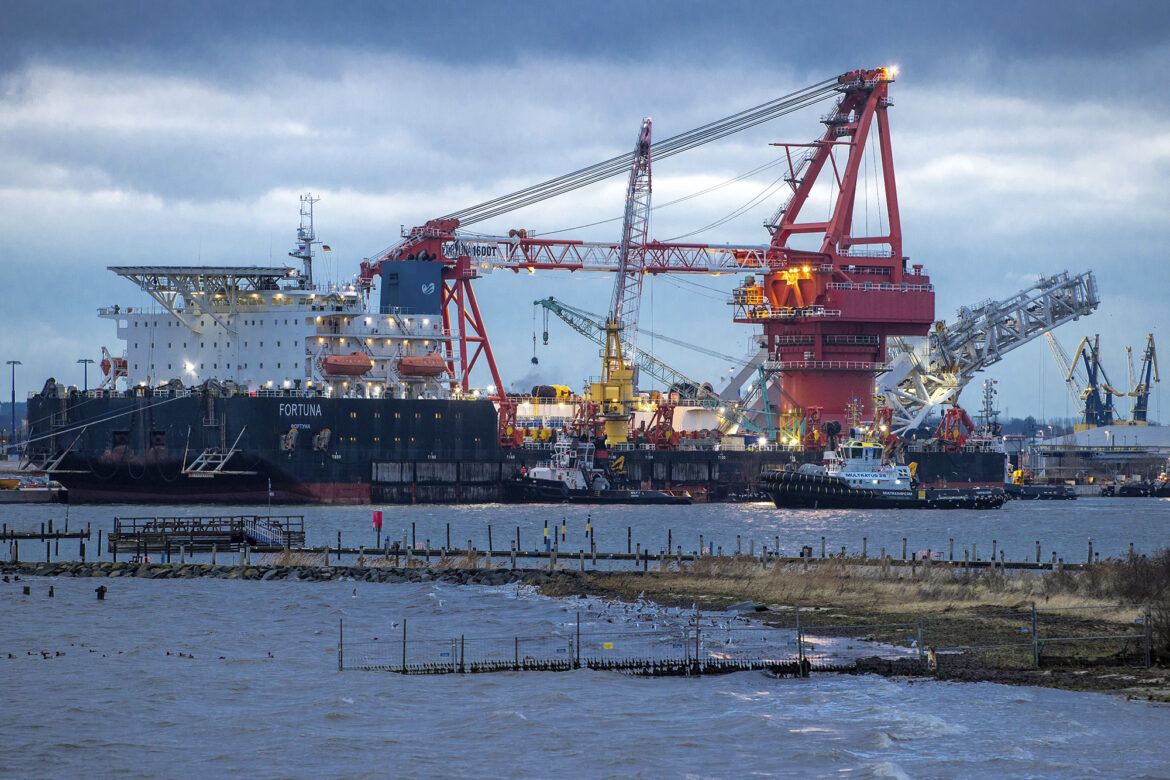 Nord Stream II, a controversial Russian gas pipeline to Germany, could become a target of US sanctions should Russia proceed with an invasion of Ukraine, experts said.

“Nord Stream could definitely be targeted, and they could expand export controls and expanded enforcement of existing sanctions. That can all be on the table,” Matt Zweig, a senior fellow at the Foundation for Defense of Democracy told The Post. “There are any number of potential sanction targets available based on the authority the administration has.”

Ursula von der Leyen, president of the European Commission, told the Sunday Times of London that hitting the pipeline “cannot be excluded” from a sanctions package.

Critics say the sanctions should have been imposed months ago.

“Why are we not sanctioning it right now,” demanded former Director of National Intelligence Ric Grenell. “If what Biden is saying is true, that Russians are on march toward war, isn’t that reason enough to put sanctions on?” 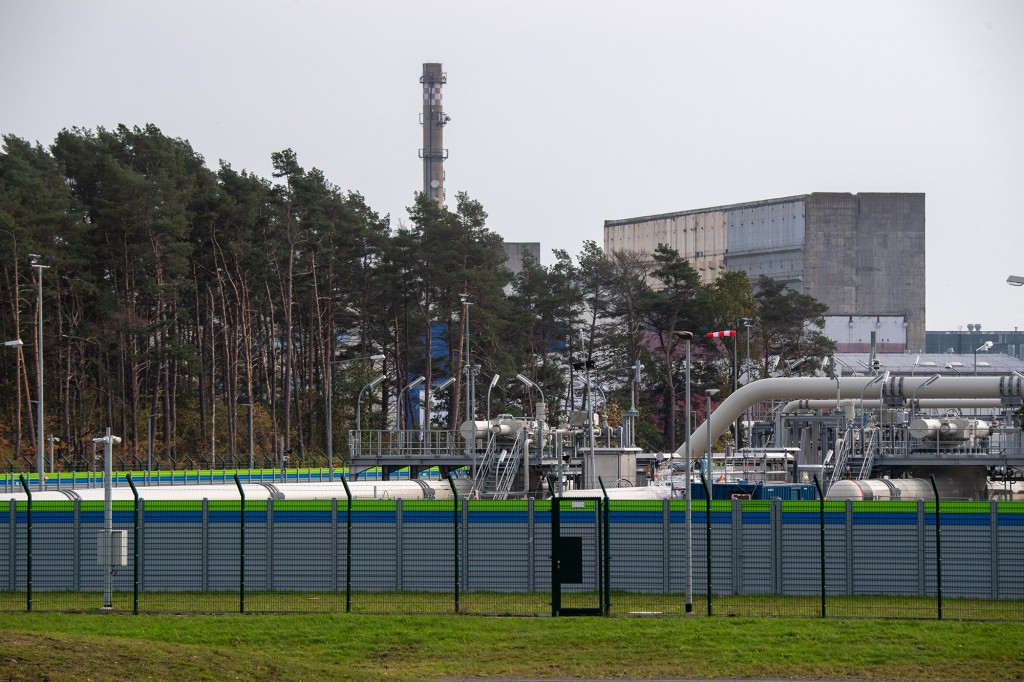 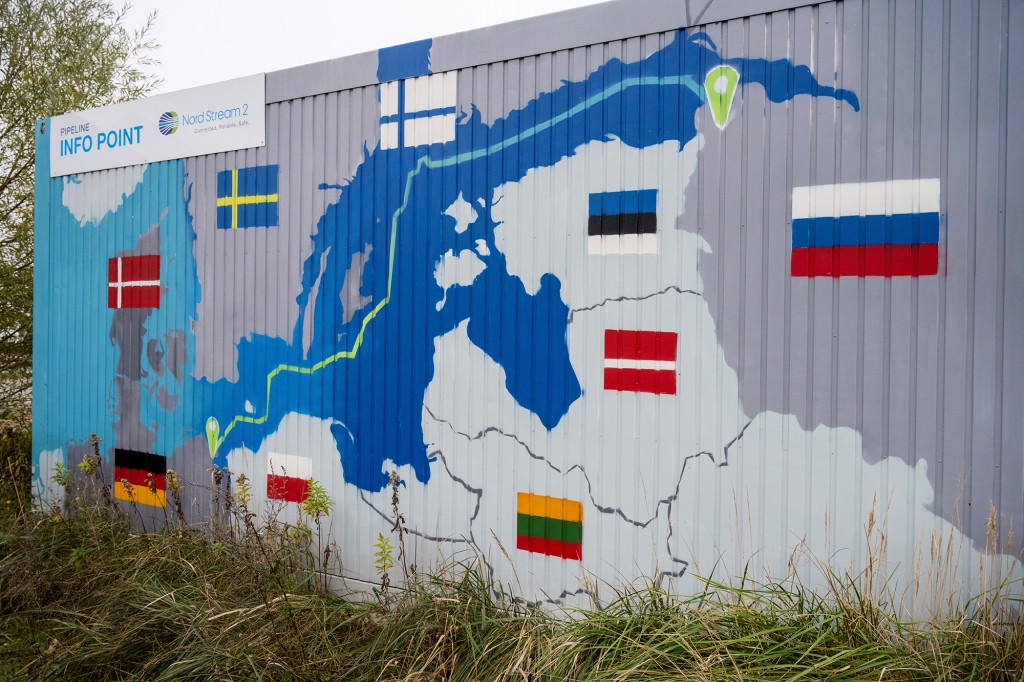 A painted map shows how the Nord Stream 2 pipeline would transport gas through Europe.AP

US lawmakers have promised the “mother of all sanctions” against the country if President Putin goes ahead with an invasion. Chief among the new potential targets are also a dozen major Russian banks and a wide net of Putin cronies across the globe.

Last week, Great Britain debated sanctions that could hit anyone deemed to be “involved in the support of the [Russian] government” — including oligarchs living in London.

That would “amount to the toughest sanctions regime against Russia that we have had,” said James Cleverly, Britain’s Minister of State for Europe. 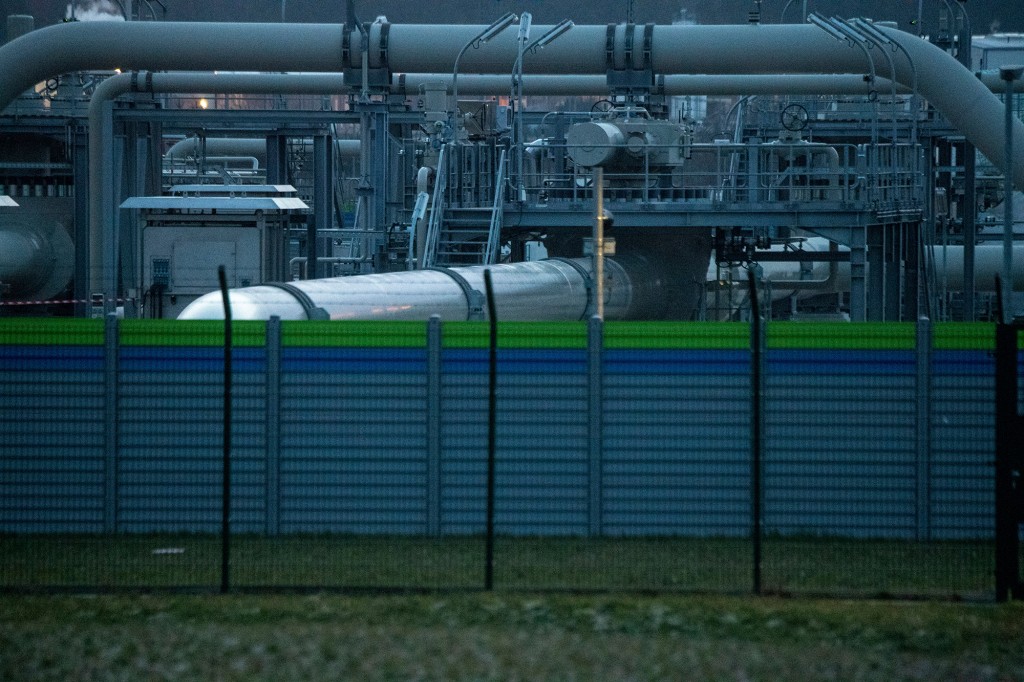 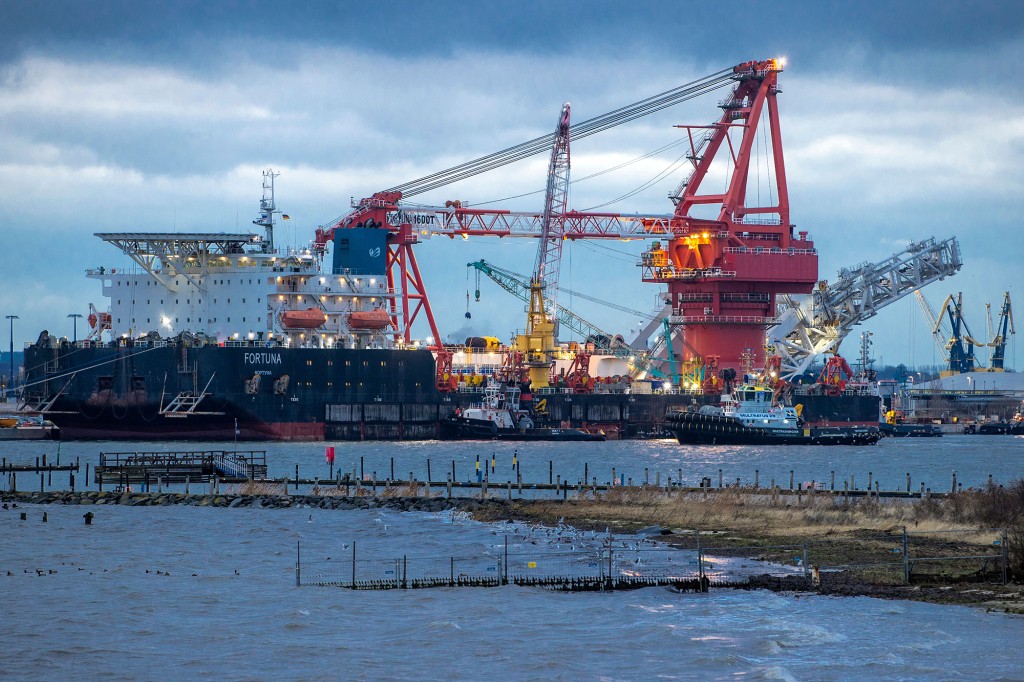 The Biden administration has been criticized for not imposing sanctions on Russia earlier.AP 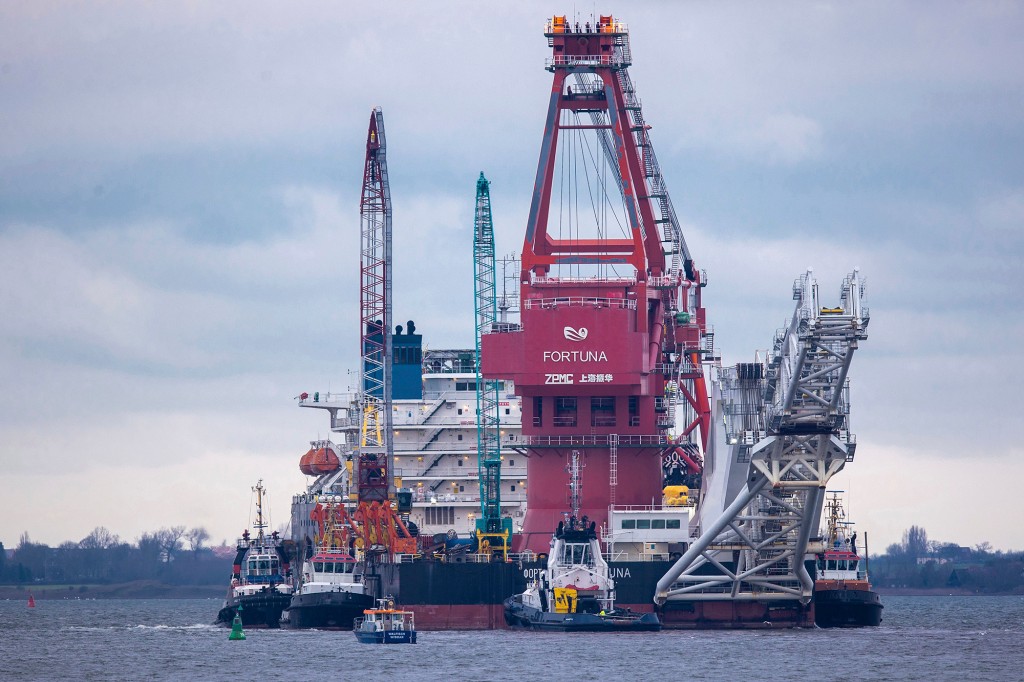 The Russian pipe-laying vessel “Fortuna” in the port of Wismar, Germany.AP

President Biden has considered excluding Russian banks from SWIFT, the international payments system — but because Russian entities owe about $60 billion to European banks, that move would pain the European Union as much as it would damage Russia.

Western powers may also choose to invoke a nuclear option of placing sanctions on Russia’s oil and gas companies, one of the country’s most significant industries.