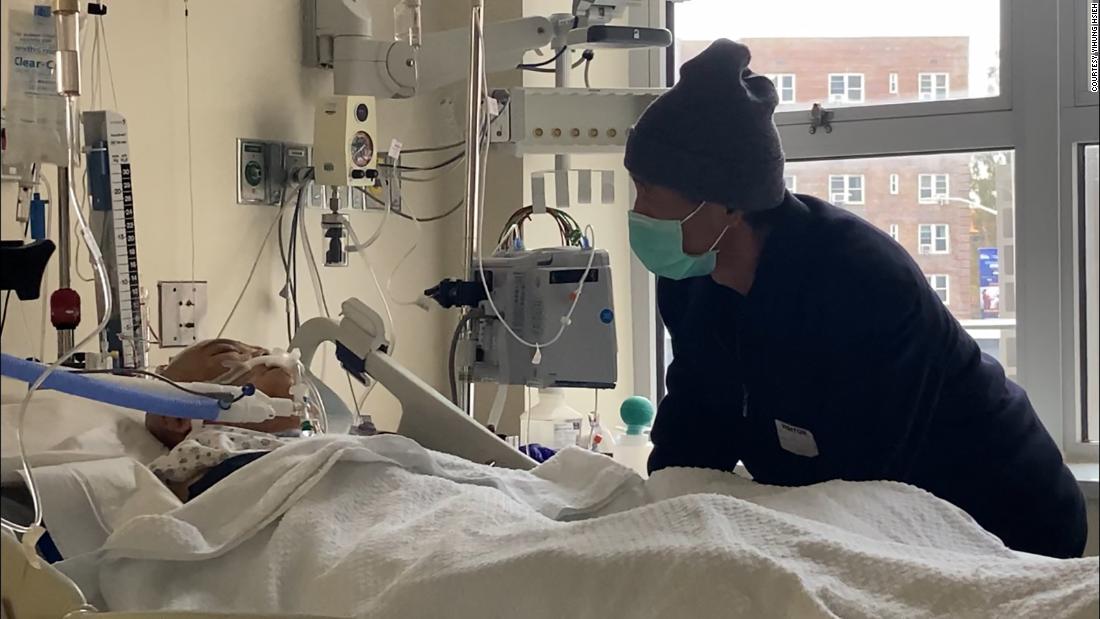 At around 8 a.m., police say, a man struck the 61-year-old woman in the head with a large rock. She was taken to a hospital after sustaining injuries to her face and head, the spokesperson said.

The NYPD arrested a 33-year-old man Saturday in connection with the crime and has recommended charges of assault and harassment against him.

Between March 19, 2020, and September 30, 2021, 10,370 hate incidents against Asian American and Pacific Islander people across the nation were reported to Stop Hate AAPI, a center that tracks reports of racism and discrimination against Asian Americans. The woman in Queens, identified by family as GuiYing Ma from China, was sweeping the sidewalk of an empty property in Jackson Heights when the attack occurred, according to Yihung Hsieh, who owns the property and set up a GoFundMe page to help cover her medical expenses resulting from the attack.

She had to have surgery to relieve pressure on her brain, Hsieh told CNN.

“She’s not only a tenant, she is just like my family. I treat her like my auntie, because my mom just passed away,” he said.

“I can barely fall asleep or eat well. I feel just like my family was hurt,” Hsieh said.

Hsieh said he didn’t have confidence in New York security.

The man arrested in the Friday incident was still in custody as of early Sunday afternoon, according to the NYPD.

“It’s better than if he was not arrested,” Hsieh said, but he added he and the woman’s husband are mostly concerned about Ma’s recovery.