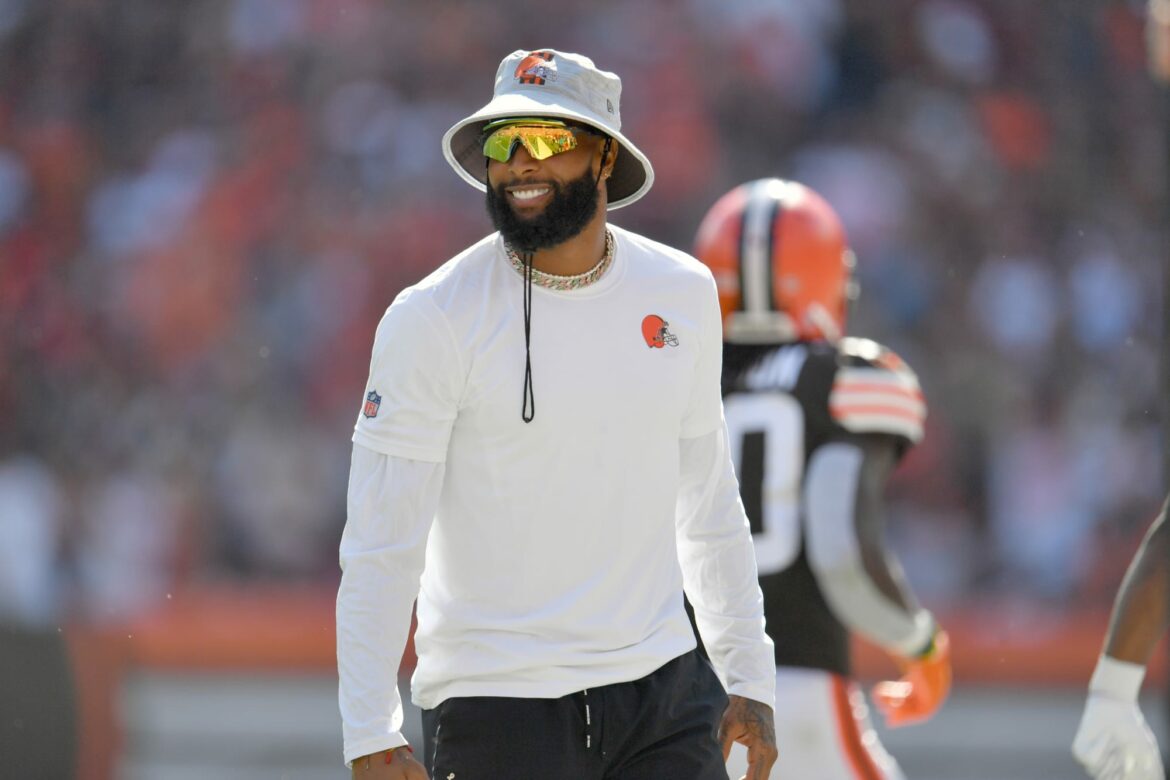 Odell Beckham Jr. is now a free agent for the first time in his NFL career after the mercurial wide receiver cleared waivers on Tuesday.

Despite the fact that the Cleveland Browns splitting with Odell Beckham Jr. has been inevitable for several days now, the move wasn’t made official until Monday. That meant that the wide receiver would be available for waiver claims prior to 4 p.m. ET. If not team claimed him, though, he would become a free agent.

The time passed and Odell Beckham Jr. is now an NFL free agent for the first time in his career.

As first reported by NFL Network’s Ian Rapoport and Mike Garafolo, no team claimed Beckham off of waivers — which appears to be somewhat intentional on the part of the Browns with how they restructured his contract before releasing him.

Former #Browns WR Odell Beckham Jr has cleared waivers, per me and @MikeGarafolo. He’s a free agent for the first time in his career.

A report on Tuesday prior to Beckham clearing waivers made a connection between the wide receiver and the Green Bay Packers. That would give Aaron Rodgers, who could return in Week 10 after a stint on the COVID list, the big-time weapon opposite Davante Adams fans have been pining for.

With that said, other contenders have been mentioned in connection with the wide receiver.

Since news of his impending release came about, numerous teams have expressed interest. The Seattle Seahawks and New Orleans Saints have been reported among the favorites to sign him and, while the San Francisco 49ers weren’t financially able to claim him on waivers, they could potentially make a move.

There are also other sensible options, such as the Raiders, a team with a newfound hole at wide receiver following Henry Ruggs III’s release.

Regardless, though, whichever team signs Odell Beckham Jr. will be hoping that a change of scenery will unlock shades of the player that he was earlier in his career. Because if he remains the player he was in Cleveland, the signing makes an impact almost exclusively in name only.