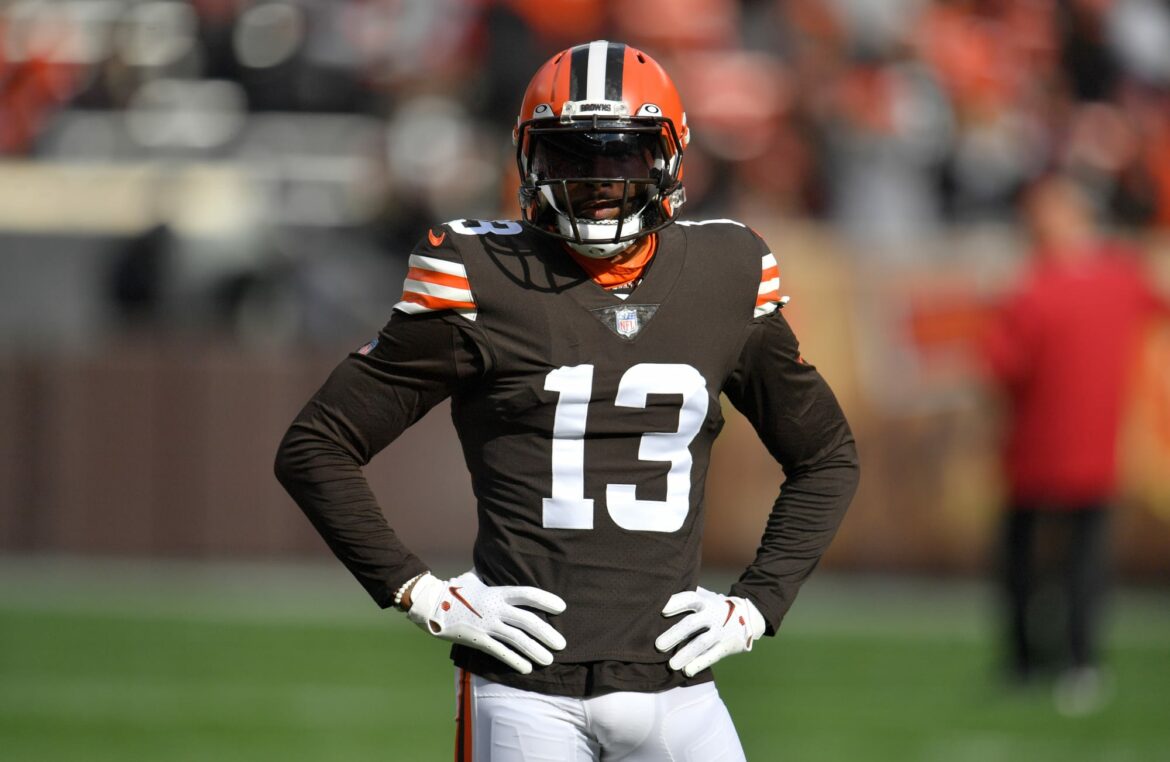 Despite a report from ESPN’s Adam Schefter, it appears Odell Beckham Jr to the Rams is not a slam dunk.

[UPDATE] After all of the conflicting reports, the Los Angeles Rams official Twitter account seemingly confirmed a deal with OBJ. No official terms of the deal have yet been announced.

The Odell Beckham Jr rumor has been spinning faster and faster since he was released by the Cleveland Browns last week. The Pro Bowl wide out is going to sign somewhere for the rest of the season but it’s still unclear where.

And it remains unclear, even after ESPN’s Adam Schefter tried to get a jump on the news cycle by reporting information that might once again be erroneous.

Schefter tweeted on Thursday afternoon that OBJ was going to sign with the Los Angeles Rams.

Almost as soon as Schefter tweeted out his report (which he also tried to double down on), NFL insiders like Kim Jones, Ian Rapoport, and Josina Anderson alerted everyone that breaks should be pumped.

Odell Beckham Jr to the Rams was not the sure thing Schefter made it seem it was.

Odell Beckham Jr tells me he’s on the fence between Rams & Packers.

From the beginning of the process, Odell Beckham Jr spotlighted the #Packers and #Rams as his top targets. Other teams tried, but in the end, it’s down to two. A tough decision, as Odell just told @KimJonesSports. The offers are somewhat similar.

Odell Beckham Jr just told me he’s still, “on the fence” with his decision, as of this minute.

Odell Beckham Jr to the Rams? Not so fast.

To be clear, the Rams are still in play for signing OBJ but that’s as far down the road we are with it happening. Reports moving into the day indicated that the free agent receiver would sign with a team after Sunday, giving him one more chance to assess his options and what they look like on the field.

It also needs to be pointed out that this could be consecutive swings-and-misses by Schefter, to arming degrees of seriousness.

On Tuesday night, Schefter opted to not do his due diligence about a report involving Minnesota Vikings running back Dalvin Cook and domestic abuse allegations against him. Cook’s attorney used Schefter to try and get ahead of news breaking about the allegations, which contributed to potentially muddying the waters in an extremely serious legal situation.

Misfiring on an Odell Neckham Jr report is nowhere near that level of seriousness, but it’s been a pretty rough week for one of the biggest insiders in the NFL.