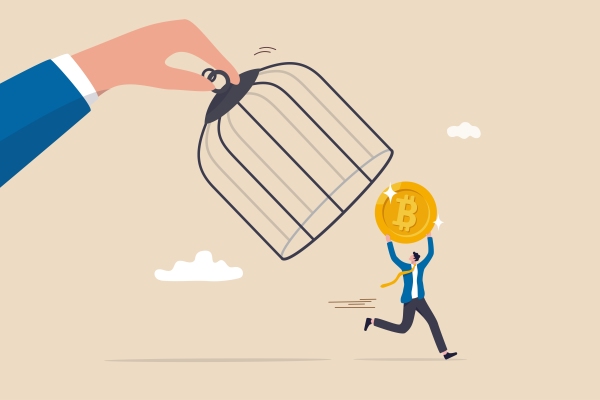 When news broke earlier this week that the Department of Justice had seized $3.6 billion of allegedly stolen bitcoin, we had some questions. What do these revelations mean about government intervention in crypto? Will this scandal impact the decentralized finance sphere in the longterm? Most importantly, which streaming service will order a documentary about the Bonnie and Clyde of bitcoin?

At least one of our questions has been answered: today, Netflix announced that it will tell the story of what it calls “the biggest criminal financial crime case in history” with the help of director Chris Smith, who brought “FYRE: The Greatest Party That Never Happened” and “Tiger King” to the streaming service. Smith will executive produce alongside Nick Bilton, who produced HBO’s documentary “The Inventor: Out for Blood in Silicon Valley” about the failure of Theranos.

Like the stories of Elizabeth Holmes and Billy MacFarland, Smith and Bilton have a lot to work with here. The alleged criminals Ilya “Dutch” Lichtenstein and Heather Morgan (who moonlights as the rapper Razzlekhan) were arrested on Tuesday for conspiracy to launder nearly 120,000 bitcoin, which is now worth around $5 billion. Currently, the husband-wife duo awaits trial, but they were not released on bail because the prosecutor deemed them to be at risk of fleeing. According to Bloomberg, Lichtenstein kept a folder labeled “personas,” and there was a file on his computer called “Passport_ideas” with links to fake passports. The prosecutor added that a plastic bag labeled “burner phones” was found under their bed. You can’t make this stuff up, which is why based-on-a-true-story movies keep Hollywood moving.