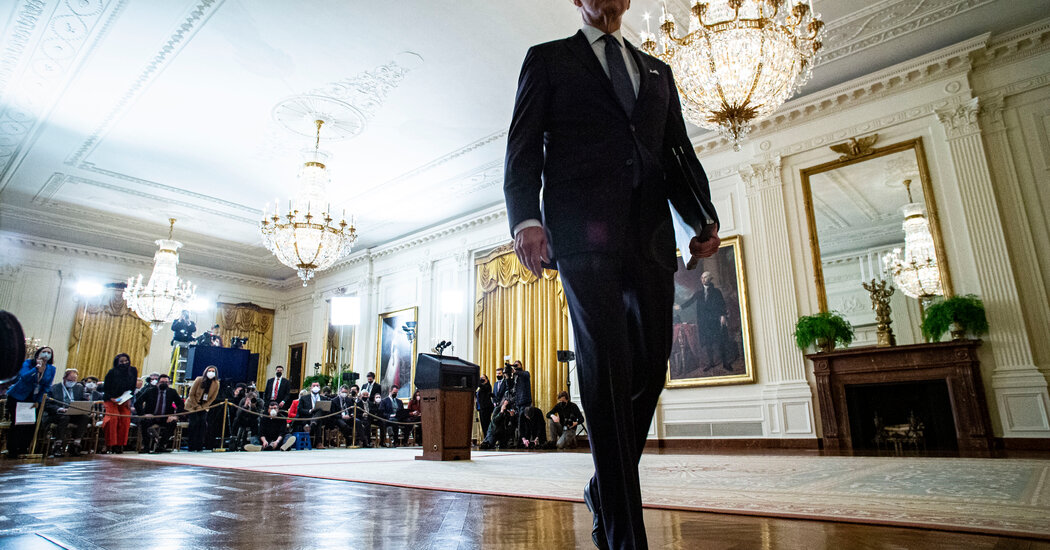 Giving Putin an off-ramp could require a painful, protracted negotiating process, potentially leading to accusations that the United States is feeding Ukraine to the Russian wolf.

Building a cross-aisle coalition in Washington won’t be easy, either.

On Tuesday, as discussions on a bipartisan bill to penalize Russia broke down, the best Congress could cobble together was a statement expressing solidarity with Ukraine. Two of the holdouts were Cotton and Senator Ted Cruz of Texas, both of whom harbor presidential ambitions. Senate Republicans introduced their own punitive legislation — the Never Yielding Europe’s Territory, or NYET Act, a rhetorical flourish in the form of a bill that would halt Nord Stream 2, a Baltic Sea gas pipeline meant to bypass Ukraine.

The proposal was a reminder that Republicans have a megaphone but no real responsibility. And in an election year, national security can get political in a hurry.

Historically, any effect that foreign crises have on public opinion tends to be ephemeral.

After John F. Kennedy led the United States out of the Cuban missile crisis, his approval rating soared to 76 percent. By the time of his assassination a year later, it had fallen to the upper 50s. George H.W. Bush’s approval rating reached 89 percent after the first Gulf War, but it sank to 29 percent as the economy slumped, and he lost re-election to Bill Clinton. Killing Osama bin Laden bought Barack Obama about a month of buoyant poll numbers, at most.

But when things go wrong abroad, the damage to a president’s credibility can be devastating. Lyndon B. Johnson declined to run for re-election after the Tet offensive in Vietnam helped drive his approval ratings into the mid-30s. The seizure of American hostages in Iran paralyzed Jimmy Carter, contributing to his defeat in 1980. And though George W. Bush was re-elected in 2004, Iraq haunted the remainder of his presidency.

Should Putin gain the upper hand, though, history’s judgment could be harsh. And even if things go well, some question the wisdom of devoting so much attention to a region that represents the geopolitical past, not its future.