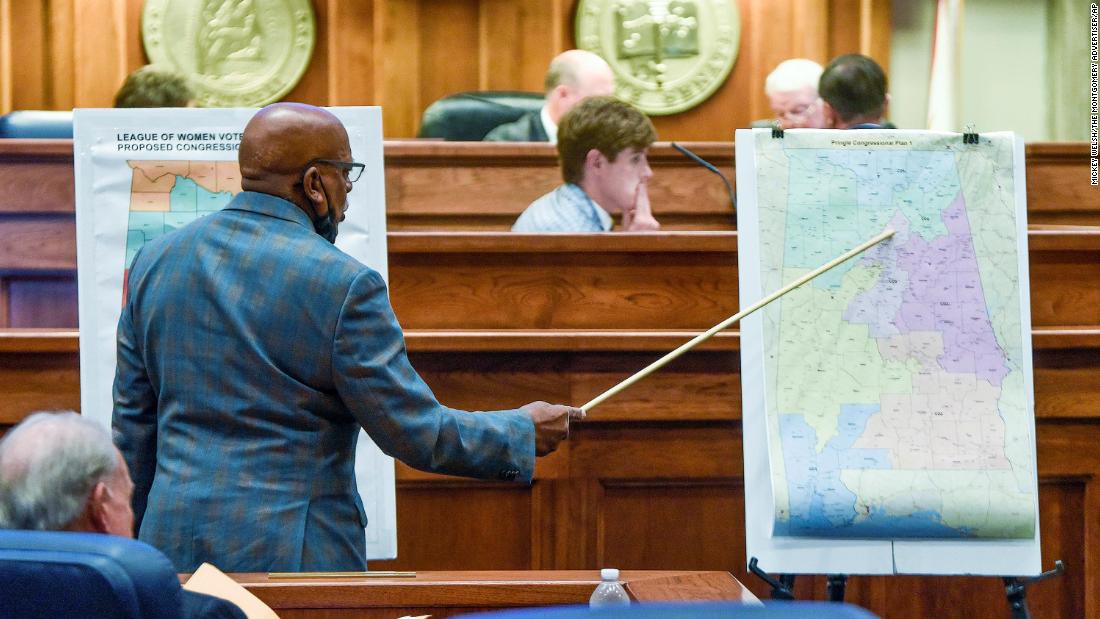 Earlier this month, just hours after the US Supreme Court restored a congressional map that a lower federal court had ordered redrawn because it diluted Black voting power, I set out to drive many of these district lines that surgically divide Alabama by race.

What I found was startling but not surprising: These lines neatly trace, and perpetuate, Alabama’s history of racial injustice, dividing — for example — the Montgomery of Rosa Parks from the city’s tony, country club enclaves.

Extreme gerrymandering and racial discrimination have long gone hand in hand, but the current redistricting cycle has turbocharged representational inequality in many states, largely those controlled by Republicans, but sometimes in Democratic states — even as minority population booms and White population numbers stagnate. In late January, a Washington Post study of the 28 states that had then completed redistricting found that eight new majority-White congressional districts had been drawn this cycle while the number of majority-Black districts had been cut in half. Population growth, especially across the South, has been driven almost entirely by communities of color. Political power, however, has not followed. In states like Georgia and Louisiana, Blacks make up about one-third of the population — but are crowded into far fewer congressional districts. Instead, growing Black and Latino neighborhoods have been sliced and diced — sometimes cleverly, other times quite crudely, but always with the same result: Pushing the horizon for multiracial democracy yet another decade down the road. Part of this is desperation and opportunism: Only five seats separate Democrats and Republicans in the US House of Representatives, so each side has aggressively redrawn maps this cycle both to fortify their seats and make gains wherever they can. This is bad for democracy, and driven the number of competitive seats to discouraging modern lows. In part, this is the dreary legacy of two earlier US Supreme Court rulings. This is the first redistricting cycle since 2013’s Shelby County v Holder, where a 5-4 Court disabled the “pre-clearance” protections within section five of the Voting Rights Act. As a result, states with a history of racial discrimination in electoral practices, no longer need Department of Justice approval for their maps. Then, in 2019, a 5-4 Court shuttered the federal courts to partisan gerrymandering claims. While racial gerrymandering remained illegal, the decision created a loophole that made it easier to get away with: Lawmakers could draw maps that harmed communities of color while simply claiming their goal was allowable partisan advantage rather than racial discrimination.

It is the latest, sadly predictable chapter for a nation that’s becoming more diverse every year, but regularly rejects multiracial democracy — whether with violence, intimidation and Jim Crow laws in previous decades or via technical legal decisions and precision gerrymandering now. There has always been a scheme.

Nowhere are these tactics and trends more visible than in aforementioned Alabama. The state grew by 6.3% over the last decade, according to the 2020 census. But, as in many other states, the White population decreased, while Black and Latino numbers grew. Alabama is nearly 27% Black and has seven congressional seats, which could easily correspond to two minority opportunity districts in a state with a history of racially polarized voting (indeed, plaintiffs challenging the Alabama maps offered multiple approaches). But that’s not how Republican lawmakers drew the lines. Indeed, if “cracking” and “packing” are gerrymandering’s key weapons, the GOP wielded them with surgical precision to ensure it carries six of the seven seats. Their handiwork is unmistakable on a heat map produced by the plaintiffs challenging the Alabama map. It shows the state’s concentration of Black voters set against the seven congressional districts. The western “Black Belt” counties are packed into the seventh district, which stretches just far enough, at its most northeastern boundary, into Birmingham to precisely gather fast-growing Black census tracts. Then, almost 100 miles away, at its most eastern boundary, you can see how the map carves out a sliver of Montgomery County. That gathers the Black neighborhoods still recovering from decades of racist redlining practices — while saving nearby wealthy, White communities like Pike Road for the second. If the seventh district is packed with more than 60% of Black voters, the Black voters living in counties just east of Montgomery have been cracked in half. The straight line just east of Montgomery bisects the Black voters in Macon (also home to Tuskegee). This county is among the largest concentration of Black voters on this side of the state. But the lines make it impossible for them to be part of electing a US House member of their choosing. They’ve been gerrymandered into irrelevance: Severed from the Black Belt, whacked in half again for good measure, added to counties more than 90% White. There are similar stories nationwide — and fewer tools to stop them. The Voting Rights Act — and its subsequent reauthorizations — looked to prevent these racial gerrymanders, both by demanding preapproval of maps in states with a history of racial discrimination in election laws, and by offering protection against vote dilution nationwide. Now much of that has been washed away. A decision out of Arkansas last week could weaken or end the ability of activists and organizations to challenge allegedly discriminatory maps and leave that decision to the federal government alone. The decision, by a federal trial judge, still subject to review by appellate courts, would require claims to be brought only by the US attorney general, and not by private plaintiffs. It would, if upheld, upend the Voting Rights Act and decades of precedent — and perhaps even nullify much of the VRA under an attorney general with a similarly narrow approach. The court’s decision to reinstate the Alabama maps, meanwhile, has weakened the ability to quickly win new maps before elections are held — and could lead to a broader weakening of section two of the Voting Rights Act, which protects against the dilution of votes by racial minorities and has been used to guard against egregious racial gerrymanders. (State supreme courts, in states that have free, fair or equal elections protections in state constitutions, have been more reliable protectors, especially against gerrymandered maps. Yet each decision also tends to turn those elected bodies into even more contested partisan battlefields.) While much of the political media has concentrated on the important partisan implications of redistricting, there’s much more at stake. A multiracial nation has arrived. These gerrymanders seek to submerge it before it can blossom.