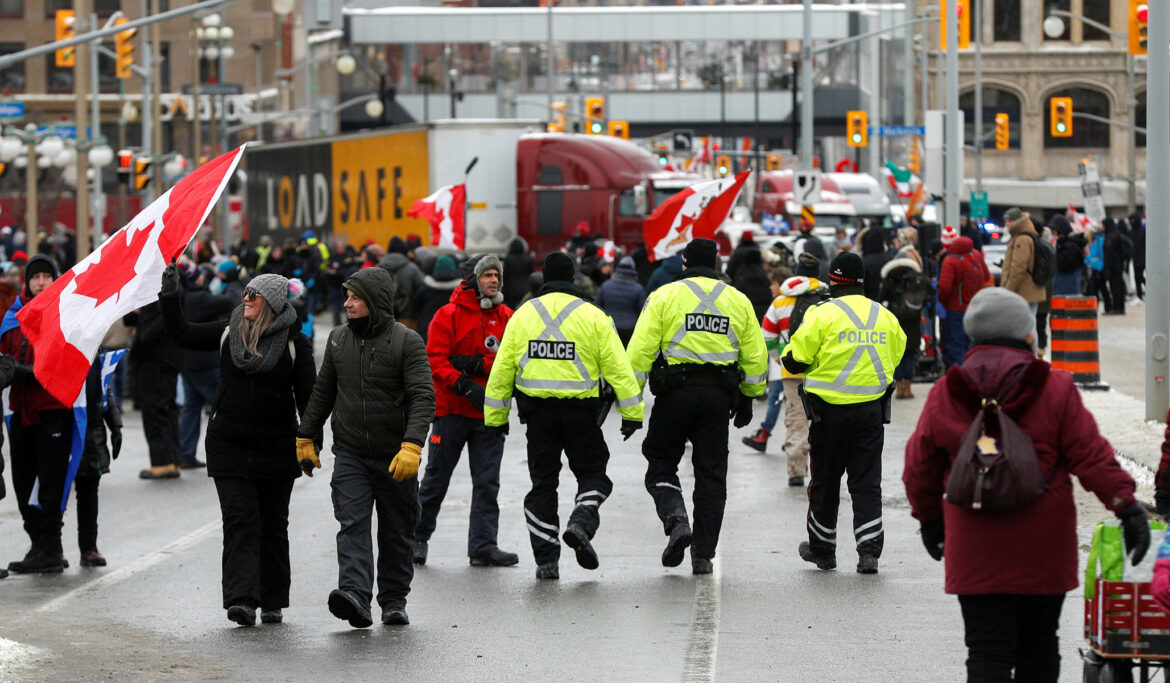 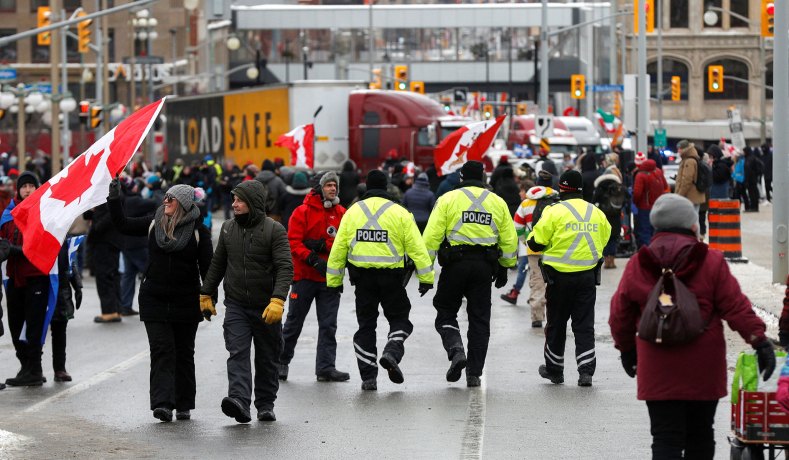 Last week, Sloly said he had “absolutely no” intention to resign in an interview with News Talk 580 radio, adding “I came here to do a job and I’m going to get that job done all the way through.” However, on Tuesday Sloly said he is stepping down as police chief “with a heavy heart.”

“Since the onset of this demonstration, I have done everything possible to keep this city safe and put an end to this unprecedented and unforeseeable crisis,” Sloly said in a statement posted on Twitter. “I am confident the Ottawa Police Service is now better positioned to end this occupation.”

Please see my statement below. pic.twitter.com/2tfUDPiKTI

Sloly had sought to avoid a major confrontation with demonstrators that could lead to violence, according a report from CTV News Ottawa. However, some residents in Ottawa have launched counterprotests because of ongoing paralysis in parts of the city.

“Unfortunately, it had become clear that many members of the Police Board, City Council and the general public were not satisfied with the response of the police in bringing the occupation to an end,” Ottawa mayor Jim Watson said in a statement following Sloly’s resignation.

The development comes a day after Canadian prime minister Justin Trudeau invoked the country’s Emergencies Act of 1988, a never-before-used law, to confront the trucker demonstrations. The law gives Trudeau’s administration a 30-day window to freeze financial accounts connected with the demonstrators.

“As of today, a bank or other financial service provider will be able to immediately freeze or suspend an account without a court order. In doing so, they will be protected against civil liability for actions taken in good faith,” Canada deputy prime minister Chrystia Freeland announced on Monday.