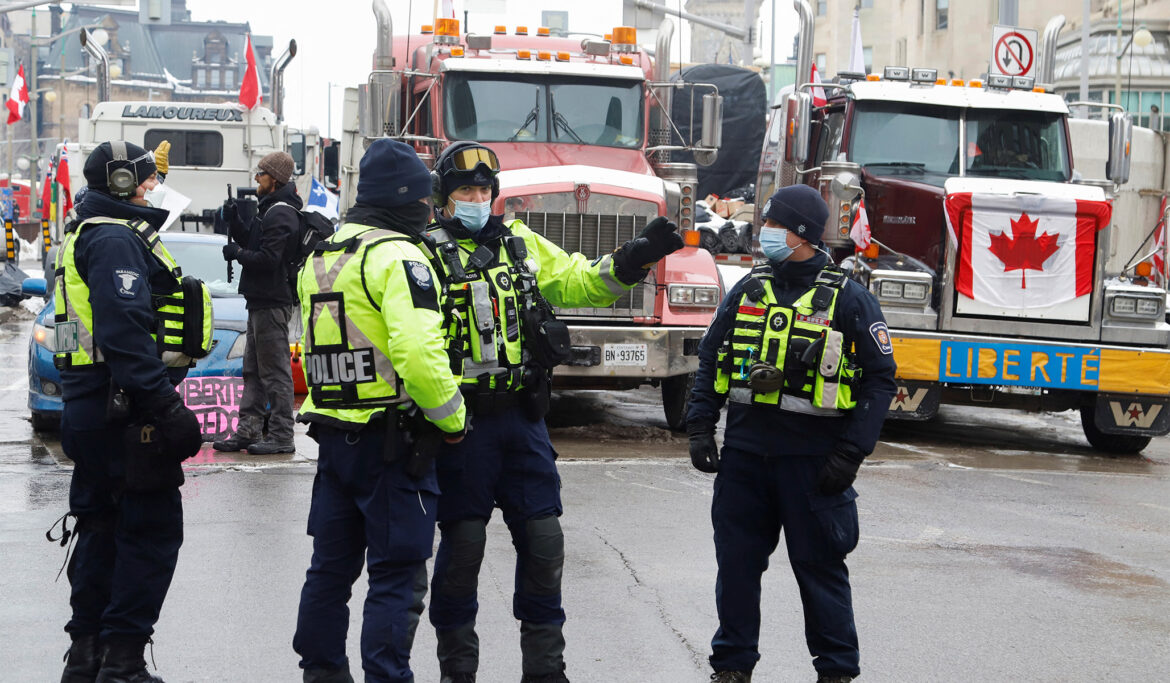 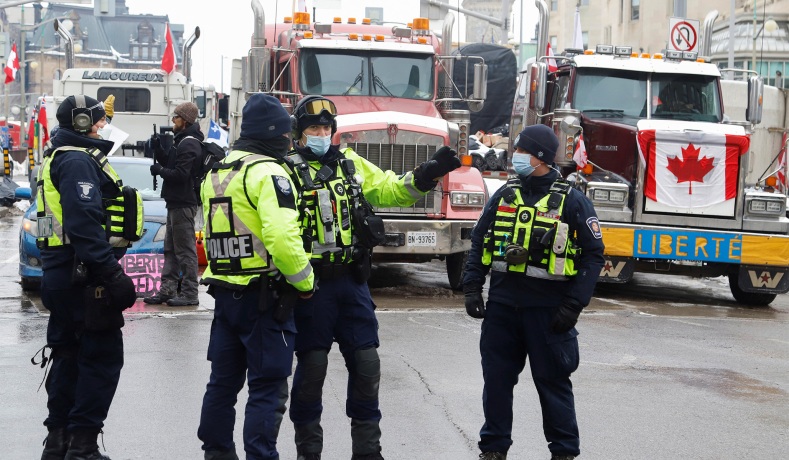 Police members patrol a downtown area where trucks are blocking roads as truckers and their supporters continue to protest against the coronavirus vaccine mandates, in Ottawa, Canada, February 8, 2022.
(Patrick Doyle/Reuters)

Ottawa police on Wednesday told anti-vaccine-mandate demonstrators who have set up camp in Canada’s capital city to leave, threatening to arrest protesters who chose to remain.

“Anyone blocking streets, or assisting others in the blocking streets are [sic] committing a criminal offense and you may be arrested,” Ottawa Police said in a statement and in fliers distributed to protesters. “You must immediately cease further unlawful activity or you will face charges.”

Canada’s Federal Emergencies Act, invoked for the first time by Prime Minister Justin Trudeau on Monday, “allows for the regulation or prohibition of travel to, from, or within any specific area,” the statement noted. “This means that anyone coming to Ottawa for the purpose of joining the ongoing demonstration is breaking the law.”

Despite police distribution of the statement, demonstrators remained in downtown Ottawa as of Wednesday night.

“We are going to take back the entirety of the downtown core and every occupied space,” Ottawa interim police chief Steve Bell said in a statement on Wednesday. “We are going to remove this unlawful protest. We will return our city to a state of normalcy.”

Protesters had also blockaded border crossings with the U.S., although those blockades have now been lifted. Four people were arrested on charges of conspiring to murder police officers if a blockade at a border crossing in Coutts, Alberta, were lifted, Royal Canadian Mounted Police announced on Tuesday. That border crossing has since reopened safely.