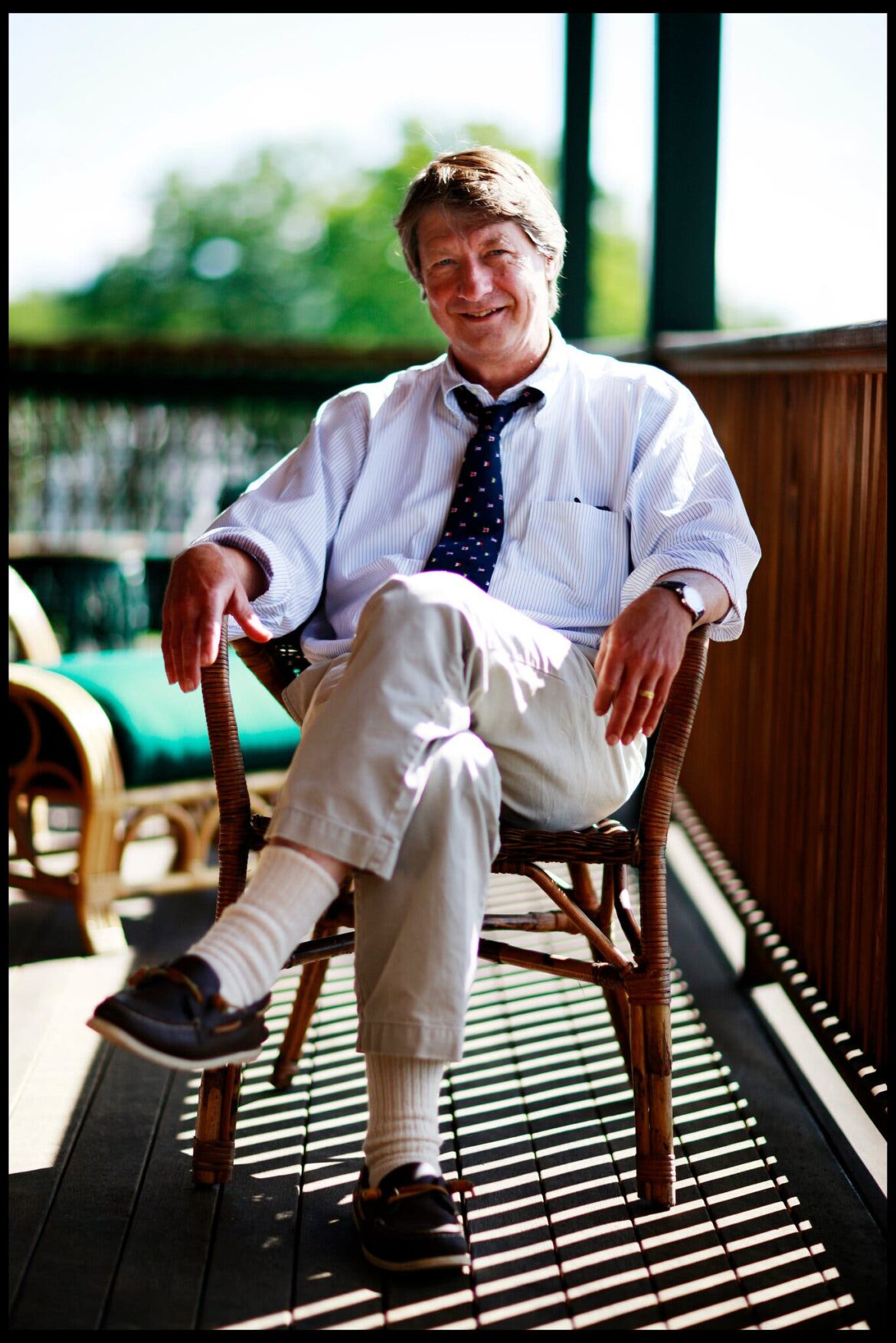 P.J. O’Rourke was an author of more than 20 books, including best-sellers such as the best-sellers “Parliament of Whores” and “Give War a Chance.”

He was a conservative satirist, contributing editor at The Weekly Standard, a writer for publications such as The Atlantic, The American Spectator and Rolling Stone and a frequent panelist on the NPR show “Wait Wait … Don’t Tell Me.”

But to Gwendolyn Bass of Peterborough, who lived just down the road from his house in Sharon, O’Rourke – who died Tuesday morning at age 74 due to complications from lung cancer, according to a statement from his publisher, Grove Atlantic –  was a family friend and hunting buddy of her late husband Alex.

“To us, he wasn’t famous,” she said. “He was P.J., Alex’s friend. He was a regular guy. My husband adored him. He was the funniest guy, very warm, very generous”

When Alex Bass died in July 2017, his sister Kitty Cloud asked O’Rourke to write the obituary.

“He said, ‘I would be honored to,’” Gwendolyn Bass said.

In fact, she said the obituary was so funny and so clever that she put part of it on her husband’s gravestone.

“Alex attended Dublin School in Dublin, NH and St. Albans School in Washington, DC where his Yankee stubbornness got him in continual trouble with school officials,” O’Rourke wrote. “His high jinks and unwillingness to suffer fools (including teachers) gladly caused him to be frequently confined to campus – put ‘on bounds’ as St. Albans called it. One year Alex was on bounds the whole winter and built himself a small sailboat in the school’s basement.”

When O’Rourke came to a party, Bass said people would stop talking, so they could listen to him talk.

“He was so fascinating,” she said. “He knew everything. It wasn’t just politics. You couldn’t meet P.J. without being enthralled.”

Bass said she and Alex met O’Rourke through mutual friends before “Parliament of Whores” was released in 1991, but even after the book made O’Rourke a star, she said, “He was always the same guy. He just traveled more.”

“Despite the fact he was a best-selling author, you would never know it from encountering him,” he said.

Williams said O’Rourke often came to Toadstool to talk about his books, and the last appearance he did for the store was a Zoom session in October 2020 for “A Cry from the Far Middle: Dispatches from a Divided Land.”

“He always brought in a loyal group of people and was always very entertaining talking about his books,” he said.

“The range of books he would buy was so broad,” he said.

O’Rourke also brought his children to the store.

“We watched them grow up here,” he said.

In May 2019, O’Rourke spoke for Peterborough Town Library and the 1833 Society during a fundraiser for the library renovation project. In a video from the event, he said he had moved to the area 40 years before, during a time when everyone knew so much about each other that when he was on the phone with an operator saying he had trouble reaching his mother in Florida, she told him “You really need to call her more often, and you haven’t written her a real letter since Christmas.”

The comment and others about the differences between city life and rural New Hampshire drew laughs from the audience, but he was serious in talking about the impact libraries had on his life.

Growing up in Toledo, Ohio, he said he was on his way to being a juvenile delinquent “of the smaller, more-cowardly type” and “was leading a stupid life, except for Saturdays,” when he would go downtown to the Works Progress Administration library building.

“It was beautiful. It was orderly,” he said. “It was a dignified place where life wasn’t stupid and I wasn’t treated as if I were stupid, even though I was pretty stupid at the time.”

Bass said she hadn’t seen O’Rourke much lately because he had been traveling.

“All of his friends are absolutely devastated, shocked and devastated,” she said.