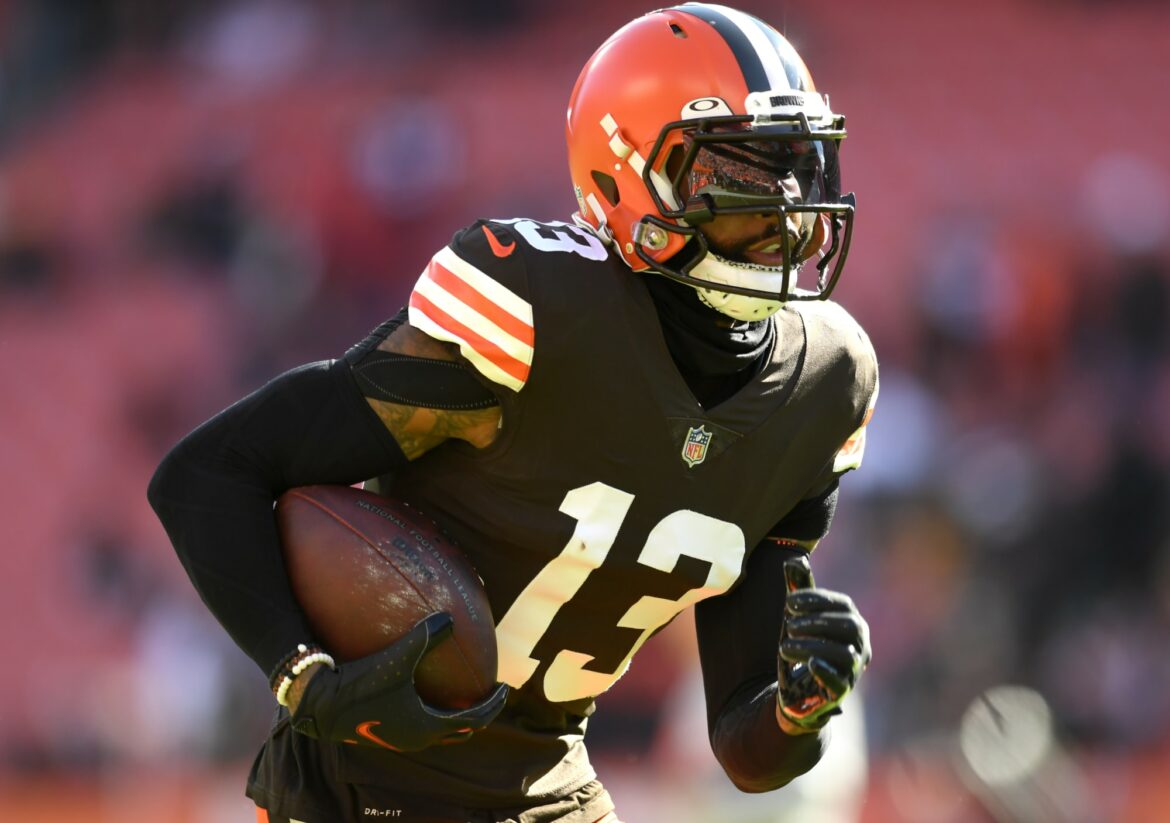 With Odell Beckham Jr. potentially heading towards free agency, the Green Bay Packers have suddenly emerged as the favorites to sign him.

Soon enough, NFL fans are going to go crazy whenever we all find out where Odell Beckham Jr. will be headed next. After a nasty divorce last week with the Cleveland Browns, Beckham has been placed on waivers, waiting to see if a team will claim him.

With that said, it’s looking like he’ll end up going unclaimed and become a free agent, opening the door for him to head anywhere he pleases. Well, could a Lambeau Leap or two be in his future starting soon? According to NFL insider Jordan Shutlz, the Packers have become Beckham’s top choice.

🚨 Breaking: Odell Beckham, Jr. has prioritized the #Packers as his No. 1 destination should he clear waivers, per sources.

It’s clear that Beckham wants to head to a contender. And of course, he wants to play with a quarterback who can feed him the rock the right way, something, per Beckham’s dad, Baker Mayfield wasn’t able to do.

That wouldn’t be an issue for Beckham in Green Bay, with future Hall-of-Fame signal-caller Aaron Rodgers getting ready to return to action this weekend to face the Seattle Seahawks. Rodgers missed Week 9 due to testing positive for COVID, but he said during The Pat McAfee Show on Tuesday that he expects to play against Russell Wilson and Co.

While things didn’t go as planned with the Browns for Beckham, imagine him making plays on the field with Rodgers and Davante Adams. The Green Bay offense could reach another level here. Brian Gutekunst could also send quite the message to the rest of the league if he’s able to land Beckham. Stay tuned for how things turn out, Green Bay fans.