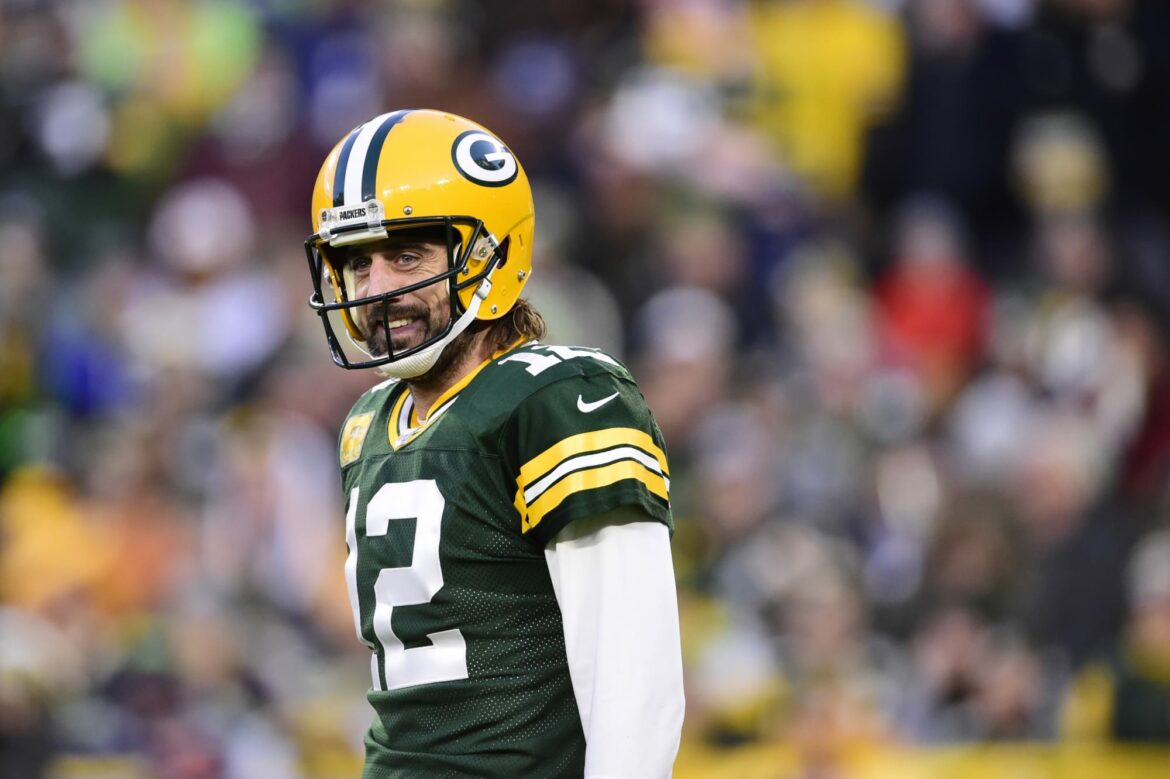 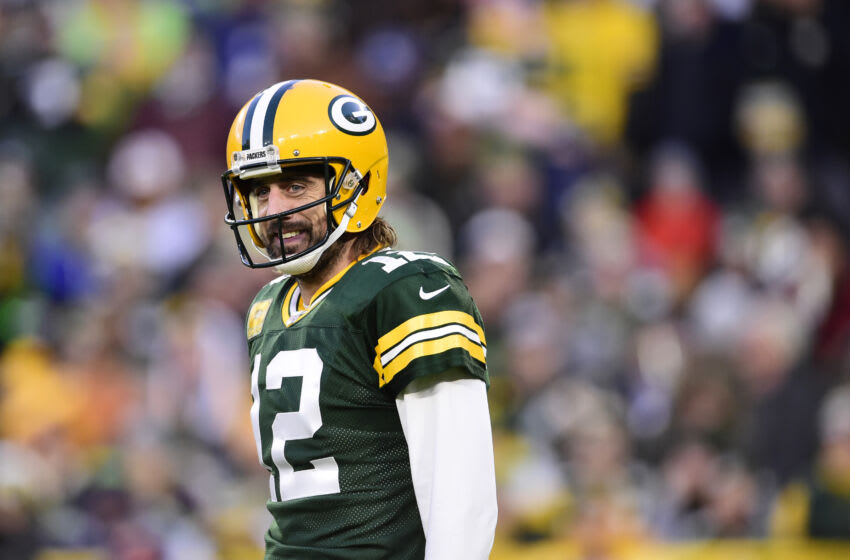 GREEN BAY, WISCONSIN – NOVEMBER 14: Aaron Rodgers #12 of the Green Bay Packers reacts in the first half against the Seattle Seahawks at Lambeau Field on November 14, 2021 in Green Bay, Wisconsin. (Photo by Patrick McDermott/Getty Images)

Aaron Rodgers is dealing with a toe injury and it limited his participation on Friday in a big way for the Packers.

While the Green Bay Packers were able to get Aaron Rodgers back on the field after he tested positive for COVID, some even more concerning news has arrived for the team: the man is injured. Per NFL insider Tom Pelissero, Rodgers has been dealing with a nagging toe issue.

Rodgers was apparently in so much pain this week, he only participated in about 15 reps during practice on Friday. He’s all set to start on Sunday going up against the Minnesota Vikings, but it’s clear this is something to monitor moving forward.

#Packers QB Aaron Rodgers will start today against the #Vikings despite a painful toe injury that limited him to only about 15 reps in practice Friday, per sources. The hope is it’ll improve with rest at the bye, but between the toe and COVID, limited practice time is a concern.

Rodgers returned last week and helped Green Bay take down the Seattle Seahawks in a 17-0 contest. However, Rodgers really didn’t look like his usual self, as he finished the game without throwing any touchdowns. That’s not something you see often from the future Hall-of-Famer.

Now, Rodgers was hoping to put on a show as usual going up against Minnesota on the road. However, limited practice for the second consecutive week could have a negative impact on his chemistry with his receivers.

Fortunately for Rodgers and head coach Matt LaFleur, he’s one of the best signal-callers in the game and he’s been able to overcome injuries like this throughout his career. The Vikings will hope to rattle him early on, but that task is much easier said than done.

With Green Bay off next week thanks to a bye, the coaching staff hopes extra rest will have Rodgers close to 100 percent with the playoffs right around the corner. Packers fans will only hope this toe injury doesn’t keep bothering him down the stretch.