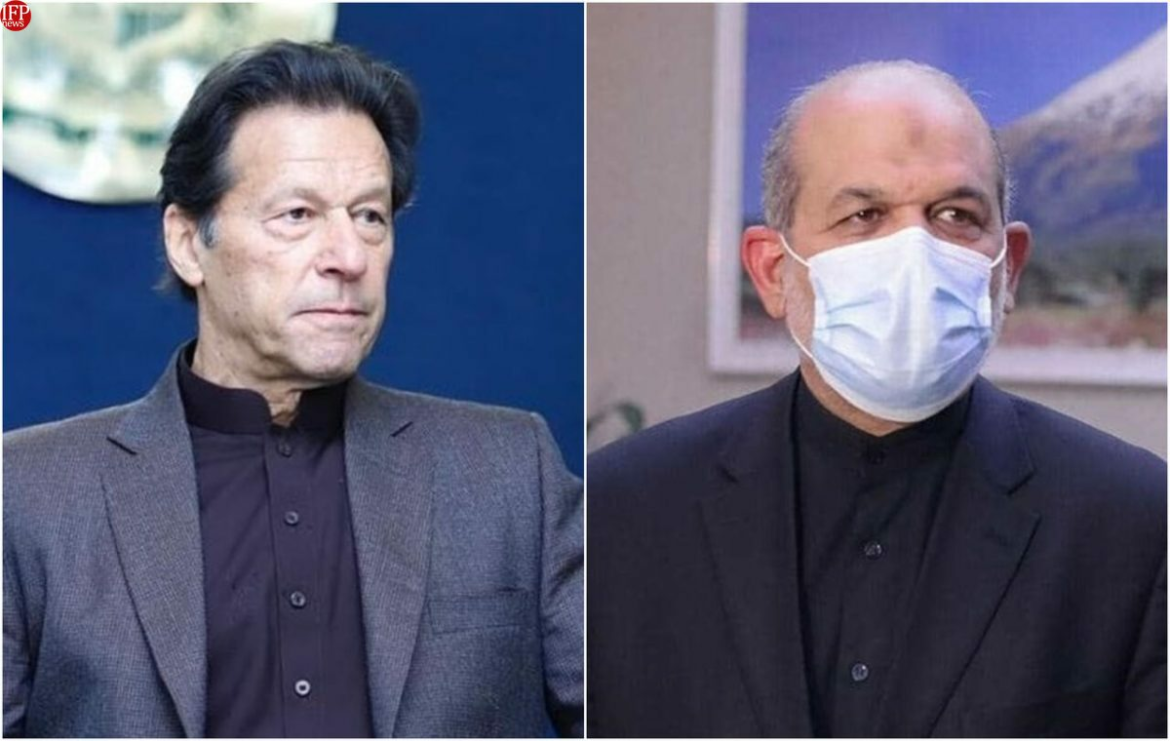 During the meeting, Imran Khan called for expansion of relations between Tehran and Islamabad in various fields like trade along the border.

Imran Khan also said military action has never been a solution to the problems of Afghanistan and the global community must now play its role in rescuing the Afghan people from the severe humanitarian and economic crisis they are facing.

During the meetings, the two sides underlined the need to further strengthen border control and security and economic cooperation.

Vahidi told the IRIB reporter in Islamabad that Iran and Pakistan have ready potentials to boost ties and regional coordination.

He referred to his meeting with the Pakistani Army chief, saying security cooperation with Pakistan is at a good level.

With the launch of the ECO freight train of Islamabad -Tehran- Istanbul and the strengthening of rail transport lines between Iran and Pakistan, the ground for the development of bilateral trade has been provided more than before.

The Iranian interior minister also praised the efforts of Iran and Pakistan to increase the number of border markets, saying this will strengthen bilateral economic ties.

Vahidi added that political relations between the two countries are at a good level and that Iran and Pakistan are engaged in positive negotiations to cooperate in regional issues.