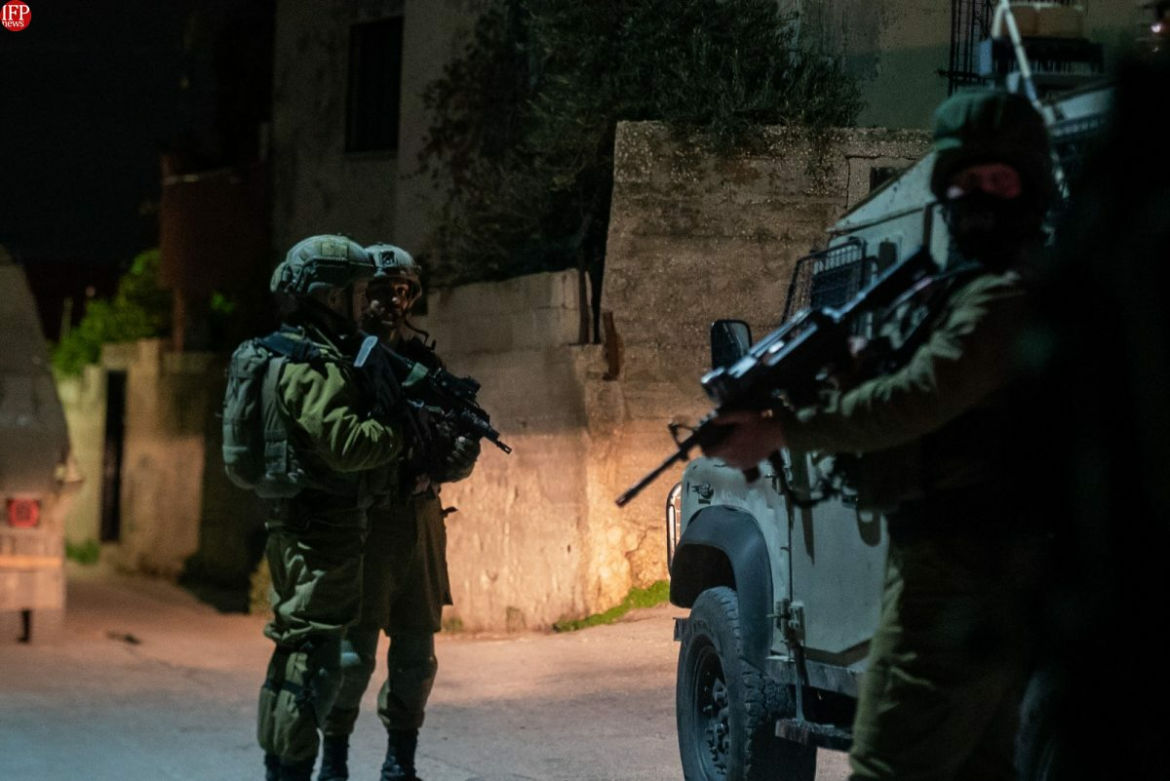 The Ministry of Health confirmed that Mohammad Akram Abu Salah, 17, from the village of al-Yamoun, has succumbed to his injuries that he sustained in the head by an Israeli gunfire.

Mahmoud Al-Saadi, an official in Jenin, stated that the Israeli forces prevented ambulances from entering the town to treat and transport the injured.

A large number of Israeli forces stormed last night the town of Al-Silah Al-Harithiya and closed all the entrances and roads leading to it.

Security sources told WAFA that an Israeli military force backed by bulldozers stormed the town from all sides, and closed all the roads leading to it and the those linking it to the neighboring town of Yamoun. A number of soldiers have also climbed the roofs of the houses, stormed the family house of prisoner Mahmoud Jaradat and took its measurements.

Israeli media reported that the regime’s forces stormed the town to demolish four Palestinian houses, adding that fierce clashes broke out between residents and the Israeli soldiers.

Fierce clashes have also broken out between Palestinians and Israeli police in the flashpoint neighborhood of Sheikh Jarrah in the occupied East al-Quds, after a far-right Israeli lawmaker opened an office in the area.

At least 31 Palestinians, including a child, were injured in clashes with Israeli forces in Sheikh Jarrah on Sunday evening, according to the Red Crescent Society in al-Quds. Six people were taken to hospital.

Palestinians took to the streets in other cities of the occupied West Bank in solidarity. In Ramallah, angry protesters chanted slogans against the Israeli regime and settlers and called for support for the residents of Sheikh Jarrah.

Sheikh Jarrah has been the scene of frequent crackdowns by Israeli police on Palestinians protesting against the threatened expulsion of dozens of Palestinian families from their homes in favor of extremist Israeli settler groups.

Since Israel seized East al-Quds in the 1967 war, Israeli settler organizations have claimed ownership of land in Sheikh Jarrah and have filed multiple lawsuits to evict Palestinians from the area.

The forced evictions are widely seen as part of Israel’s attempts to change the demographic character of the occupied territories.

More than 600,000 Israelis live in over 230 settlements built since the 1967 Israeli occupation of the Palestinian territories of the West Bank and East al-Quds.

All Israeli settlements are illegal under international law as they are built on occupied land. The UN Security Council has condemned Israel’s settlement activities in the occupied territories in several resolutions.