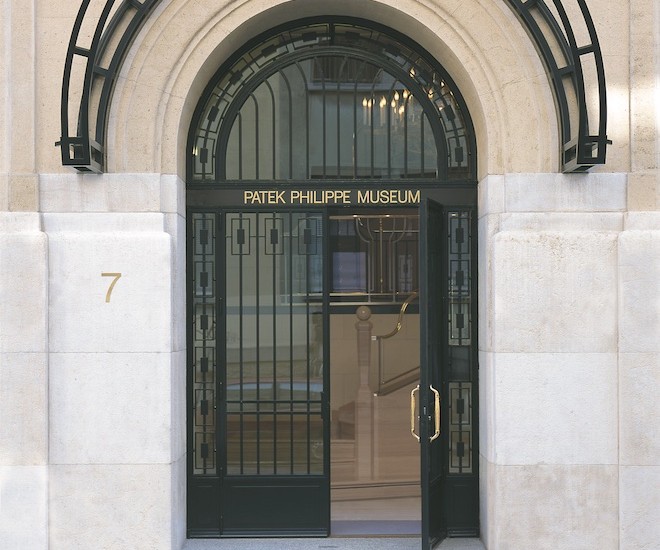 The Patek Philippe Museum in Geneva celebrates its 20th anniversary now, since it was inaugurated in November 2001. We love this museum, with various editors of WOW having visited over the course of our own 20-year history.

Not only does it have some 2,500 horological objects and related materials covering 500 years of history, but it also celebrates the art of watchmaking.

We confess though that the anniversary of the museum slipped our minds here because 2001 is also the year that the incredible Ref. 5002 made its debut, and that is one of the watches that shaped WOW, and this writer.

For the casual reader, Ref. 5002 is perhaps better known as the Sky Moon Tourbillon, and it is one of the most significant watches ever made. Helpfully, you can actually experience this significant chapter in contemporary watchmaking at the Patek Philippe Museum.

Now that travel is possible again for many, we suggest you put the Patek Philippe Museum on your itinerary. For watch enthusiasts and collectors, it is a must-visit place, and going there is akin to making a pilgrimage.

Like most other things in watchmaking and horology, the museum did not just suddenly appear in 2001. Like any other collection, it would have started as an idea — or perhaps a commanding impulse, which all collectors will be familiar with.

If you are Patek Philippe Honorary President Philippe Stern, then assembling a collection of horological art becomes an endeavour heavy with meaning. While he was President of Patek Philippe, the ambition to create the museum that would end up at number 7, rue des Vieux-Grenardiers, took hold after the 150th birthday of Patek Philippe (as Nick Foulkes writes in Patek Philippe: The Authorized Biography). The work of building the museum up was a family affair, as you might expect. The building itself was historic, protected by the city authorities, and once housed Ateliers Reunis, the maker of cases, bracelets and chains that delivered the incredible Nautilus.

The initial exhibits that would be housed in the museum consisted of the Stern family collection, plus everything that Philippe Stern was assembling for what he hoped would be the “most beautiful and celebrated museum of horology in the world — devoted exclusively to the watch — measured in terms of the exhibits’ quality and setting.” Making this vision a reality was none other than Gerdi Stern, Philippe’s wife, who spent every day for two years at the building site. Today the Museum offers four floors of watchmaking art, including a library with more than 8,000 works. Speaking of which, Patek Philippe has produced catalogues for both the Patek Philippe works in the Museum and the antiques collection. The latter is out of print and will be reissued in 2023; it will of course include all the most recent acquisitions. The Museum will also issue two new 100-page publications, available in English in 2022, dedicated to the two aforementioned collections. Each will have a print run of just 10,000 copies so look out for that.

Visitors to the Museum are encouraged to do some research ahead of any visit as there is a lot to experience, and it is only open from 2 pm to 6 pm from Tuesday to Friday. Saturday is best to make a day of it as opening hours are extended from 10 am to 6 pm. This is also the day that public guided tours are organised. We recommend these tours, of which there are a variety.